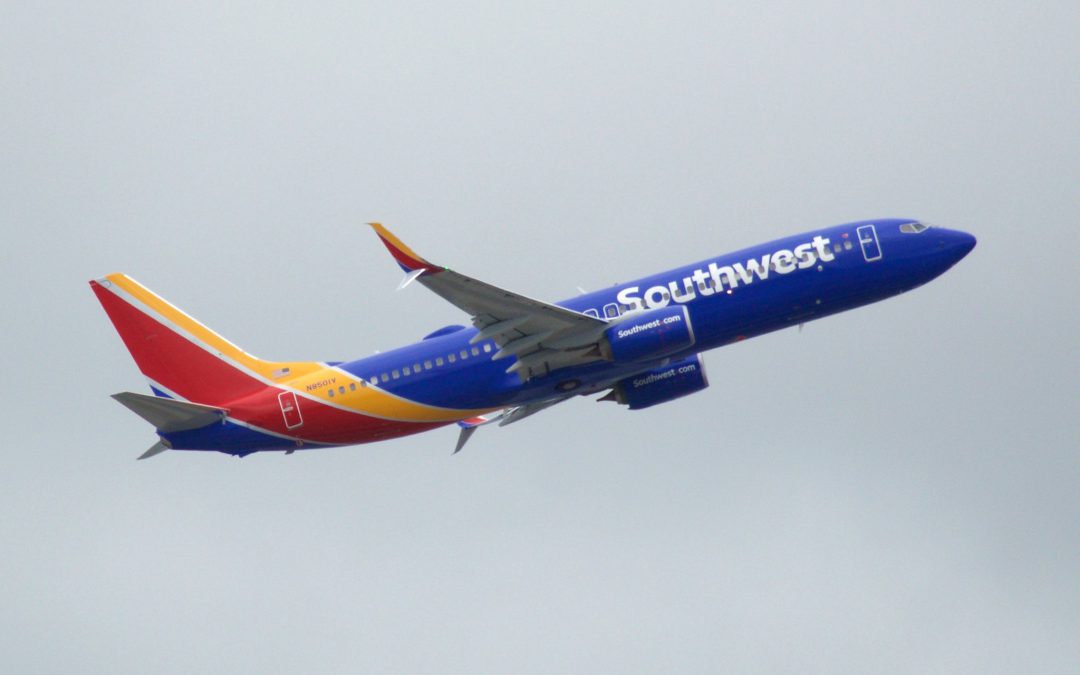 Business travel has stopped because of the coronavirus pandemic. (Bill Abbott / Flickr)

As state and local governments across the country begin to ease stay-at-home orders, many companies do not plan to return to business as usual anytime soon. Offices will remain vacant, and business travelers, who spend much of their time in airports and on planes, will remain grounded.

Amazon employees won’t return to the office until at least Oct. 2, and Facebook and Google employees can stay home until 2021. Many smaller companies are taking similar precautions. And these decisions only apply to when employees will return to their workplaces; it could be months more before employees travel for work again, experts say.

Dean DeBiase, a lecturer at Northwestern University’s Kellogg School of Management, expects many companies to postpone travel plans well beyond the end of the pandemic in the name of employee safety.

“There will be a lot of fear and a lot of slowness returning to any kind of normalcy, both for business and personal travel,” he said. “It’s going to take over a year if we will return to normalcy.”

There are several possible outcomes from further delaying the resumption of business travel — positive and negative. Companies would unintentionally reduce their carbon footprints. But employees used to traveling to see remote customers and colleagues in person no longer will have the social interactions that are important to their business.

Business travelers used to jetting across the country to call on clients are having to utilize online platforms instead, which experts said lowers the productiveness of meetings.

Diane Bailey, a Cornell University professor who studies how people use information technology for work, said the efficacy of online tools in the workplace depends on how they’re being used.

“Is [Zoom] as good as being face-to-face?” Bailey said. “It depends what else you wanted to get accomplished that day. … If you’re trying to get something passed and you’re trying to convince your colleagues that they should be doing something, I don’t think you want to be trying that as much via Zoom.”

She added that online platforms remove certain cues, like body language and facial expressions, that are helpful to navigating meetings in person. And while video conferencing provides more of these cues than phone calls, Bailey said Zoom eventually eliminates these cues if a meeting has too many participants.

“You cannot replace: I flew to Omaha. I met with the client. We discussed all the issues. We closed a deal. We went out and had a steak dinner,” he said. “You can’t do that over Zoom or WebEx or Skype.”

Bailey pointed to social interactions as an important aspect of in-person work that online tools often don’t allow for. DeBiase echoed this idea, saying that video conferences are more “agenda-focused” than in-person meetings.

Paul Thompson, a philosophy professor at Michigan State University, said that when he goes to academic conferences, he learns less from the formal presentations than he does from conversations with scholars over a beer.

“It’s the informal interactions that really matter,” he said. “That’s clearly not something we’re getting with Zoom.”

DeBiase said every industry has large events that have been canceled for the next year or so.

DeBiase added that companies shouldn’t overload their employees with online meetings because many are feeling fatigued by constant communication despite not being in the office.

DeBiase said all these aspects are threatened when people are plagued with multiple calls in a day.

If the pandemic persists for months, Bailey said, online meeting behavior and how we work as individuals could change significantly. For companies that rely on travel for interacting with clients and face time with potential customers, what exactly those changes look like, and whether they’re for the better or worse, remains to be seen.

One silver lining in the work-from-home world is that extreme reductions in traveling for and commuting to work potentially offer a détente in the climate crisis.

Even though DeBiase said climate change is not a “top of mind issue” for companies as they navigate the COVID-19 pandemic, they are unintentionally emitting fewer greenhouse gases now as offices sit empty and frequent business travelers no longer drive or fly.

Air travel accounts for about 2.6 percent of all U.S. greenhouse gas emissions, according to the Environmental Protection Agency. Traffic at Hartsfield-Jackson Atlanta International Airport — one of the nation’s busiest — is down 70 percent, research from the Georgia Institute of Technology and NASA shows.

“Airports are usually some of the hottest spots for nitrogen dioxide,” said Jennifer Kaiser, who is leading the research. Nitrogen dioxide forms ozone, a greenhouse gas, when it reacts with other chemicals in our breathable, lower atmosphere.

According to a report by The Australia Institute, global aircraft emissions from March 1 to 19 were 7.51 million metric tons of carbon dioxide lower than at the same time in 2019, which is equivalent to not burning about 845 million gallons of gas.

Jerry McManus, a professor of geochemistry at Columbia University, said corporate travel is a significant contributor to the airline industry’s greenhouse gas emissions, but not the dominant contributor. Corporate travelers comprise about 10 or 15 percent of all air travelers, he said.

McManus said that a reduction in travel could have a “beneficial impact” on climate change.

“It wouldn’t be something that you say, ‘Great, you know, we’ve solved that problem because corporate travelers are not flying,'” he said. “But it would stop making the problem as worse as it would be otherwise.”