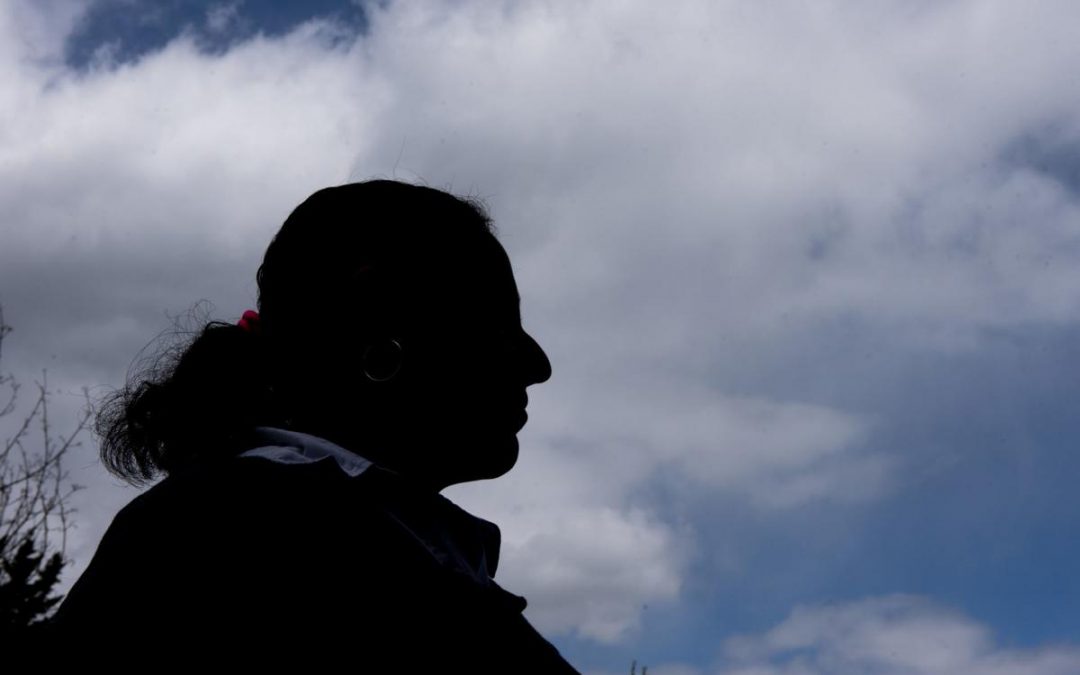 Marina Gonzalez, an undocumented immigrant from El Salvador who lives in Frederick, tested positive for the coronavirus Saturday. The day before, she said, she could barely sit up.

“My head hurts so much,” she said, taking deep breaths between her words.

Two weeks before she was diagnosed with COVID-19, Gonzalez said she began feeling sick but was not exhibiting enough symptoms to be tested. Over the next week, her symptoms worsened so she contacted her physician at Frederick Community Action Agency. He agreed she should immediately get tested for the virus, assuring her that testing is free and documentation is not required.

So, last Wednesday, Gonzalez first visited Frederick County Health Department, where she was directed to urgent care for a free test. Employees at the center told her the test would cost $115.

Unable to pay for the test, she went to the hospital. Gonzalez displayed almost all of the COVID-19 symptoms, she said. On Saturday, with an interpreter on a call from the hospital, Gonzalez said she was told she tested positive for COVID-19.

Had she gotten sick today, she likely could have obtained a test easier. Gov. Larry Hogan announced an order Tuesday to make testing available to people who believe they may have been exposed to the virus, even if they are not yet symptomatic, the governor’s office said, and the tests will be provided at no out-of-pocket cost.

Undocumented immigrants out of work and potentially sick with the coronavirus are feeling financial pressure to get back to work quickly due to the lack of health care and social safety net available to most Americans, immigrant advocates and experts say.

Before she got sick, Gonzalez said in an interview that she feared she would not have access to health care if she contracted COVID-19.

This is a fear for many undocumented workers. “During this pandemic, access to health care has become a privilege that many undocumented communities don’t have,” said Guadalupe De La Cruz, program director at WeCount, an immigrant advocacy organization in South Florida.

According to the Journal of the American Medical Association, an estimated 7 million undocumented immigrants lack health insurance. The uninsured are only eligible for COVID-19 testing under the Families First Coronavirus Response Act.

“Leaving undocumented immigrants out of these safety nets exposes the entire population to the virus,” said Brookings Institution Senior Fellow Camille Busette. “When you neglect one segment of your population, and they are also at high risk to get the disease. When you are trying to roll out of it, that neglect might show up as a resurgent of the disease.”

Thespina Yamanis, associate professor at American University, said undocumented immigrants especially “will have no choice but to go back to work.”

“If they go back to work without proper protective measures, meaning six feet distance between them and the next worker and wearing a mask and gloves, it means that they will be vulnerable to getting sick with the coronavirus, bringing it home to their families, and exposing others in their community,” she said.

Gonzalez believes she contracted the coronavirus from her husband, a warehouse truck driver. Two weeks before she displayed the first symptom, all warehouse employees, including Gonzalez’s husband, were sent home after multiple workers tested positive for the coronavirus. He stays home now, taking care of Gonzalez and their two daughters.

Gonzalez worked as a house cleaner before Maryland Gov. Larry Hogan imposed his stay-at-home order on March 30. Before she contracted the virus, she spent most of her days calling her employer and asking to return to work. Unable to do so, Gonzalez baked and sold bread and sold homemade masks. Now, she is unable to do that.

“Work is the way that we’ve always been able to afford these things [food and rent]… now we don’t have that option,” Gonzalez said in Spanish through a translator. Gonzalez fears they will not be able to pay rent this month.

Undocumented immigrants, among the millions who have lost their jobs, are not eligible for federal relief from the COVID-19 stimulus package, called the CARES Act; checks from the relief package are limited to workers with Social Security numbers, excluding undocumented immigrants and others who pay taxes using Individual Taxpayer Identification Numbers.

“The fact that we’re not going to receive stimulus (money) only incentivizes us not to go to the hospital, not to be forced to quarantine and to continue to work, because working is the only possible way that we can earn money and take care of our family,” Gonzalez said.

But an early return to work poses more health risks to undocumented workers and the population at large, immigrant advocates said.

Gonzalez and seven other members of the Rise Coalition of Western Maryland, an immigrant advocacy organization, have started a petition requesting the Frederick County Council to create an emergency assistance fund that offers support to those excluded from the federal stimulus funds. Currently, the petition has 428 signatures.

“We deserve to be heard and we deserve at least in this situation to be taken care of, regardless of status, race. All of us should be treated the same. We’re all trying to survive this situation,” said Gonzalez.