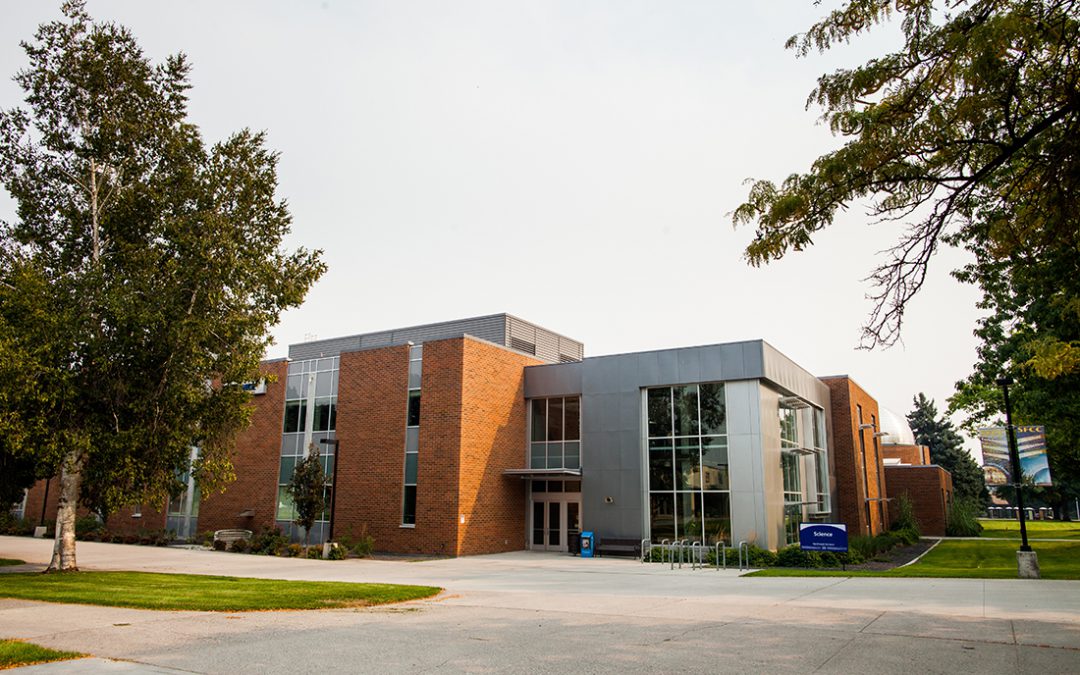 But the presidents of community colleges in Spokane said while that assistance was important, there were many students in need who were left out.

Most of the money – $12.6 billion – was distributed using a formula that considers how many students at a school receive Pell Grants, federal grants that are mostly for undergraduates with great financial need, according to the Department of Education.

According to DeVos’ letter, colleges have to use at least half of their funding for student financial aid grants that “help cover expenses related to the disruption of campus operations due to coronavirus.” Students at Spokane’s community colleges have used the CARES Act grants to pay for rent, groceries and other essential needs.

SCC President Kevin Brockbank said he wishes that students studying for the GED at a community college were eligible for the CARES Act funding. SFCC President Kimberlee Messina noted that the law prohibits colleges from giving any of the money to Deferred Action for Childhood Arrivals recipients or international students even though many of them, like other students, need extra help due to the effects of the pandemic.

Carmen Green, a counselor at SCC, said a number of students are in worse financial situations because of the pandemic. College students often work in the service industry, which has been greatly hurt by the pandemic, she said.

“Students that have lost their employment, I know that they’re paying their rent with it,” Green said.

Brockbank said only students who are eligible for financial aid can receive the grants, which doesn’t include Adult Basic Education students, who do not have a high school diploma.

“Those students are as needy, if not more needy, than a student who’s in a traditional pathway,” he said. “That’s the kind of thing that I think you need to factor in, more than just what we see as a stereotypical, classic college student.”

He said a more effective way for the Department of Education to distribute funding would be to offer funding to groups of students that were likely omitted from the CARES Act allocations.

International students also are prohibited from receiving CARES Act money. Messina said international students’ parents can’t necessarily support them as much during the pandemic, because they are experiencing financial crises such as losing their jobs.

Julia Chen, an international student and academic vice president of SFCC’s Associated Student Government, said she received about $200 from her school. Messina said SFCC has used its institutional funds and money from its foundation to provide aid to students who are not eligible for CARES Act funding. SCC, too, has used local funds to assist students who aren’t eligible for the federal grants, Brockbank said.

“I am like just surprised that I got any funding, because as an international student, you don’t really have opportunities to apply to all the scholarships or like financial aid things,” Chen said.

Chen, who is from China but has not been home in two years, said she plans to save the money and use it to buy something for self-improvement. She recently bought a Fitbit and a water bottle with her own funds.

Messina said her college also could not distribute CARES Act funding to DACA students. These students are ineligible for any federal financial aid, so they have less help with funding their education, she said.

“Their families are typically more economically challenged,” she added.

She said that DACA students who had jobs may be out of work because so many businesses have shut down.

According to a report by the progressive think tank Center for American Progress, 40% of U.S. college students attend two years or less of public colleges, like community colleges, but only 27% of CARES Act funding is going to these schools. The Department of Education determined the amount of funding it gave to schools by using its full-time equivalent enrollment numbers, which count two part-time students as equal to one full-time student.

The Center for American Progress recommends that the department use headcounts instead, which would grant “greater weight to community colleges.”

“Whether (students are) attending for one class or a full semester’s worth of classes, it requires the same amount of resources to process their application, to provide them guidance in their academic pathway – the student support services, the health services, the on-campus services,” said Martha Parham, senior vice president of the American Association of Community Colleges.

The HEROES Act, the $3 trillion House relief bill that has stalled in the Senate, would provide more stimulus funding to colleges, but states would distribute the money. The bill says no students would be prohibited from receiving the funding, including GED students, undocumented students and international students.

Those the CARES Act covered, like Tibbits and Robinson, already have shown how important the funding is to helping them pay for necessary expenses.

Tibbits, the student at SFCC, said she received $350 of emergency financial aid. She has primarily used the money to pay for groceries and rent.

Robinson, who serves as SFCC’s Associated Student Government president, similarly has been using his CARES Act grant of $1,000 to pay for rent.