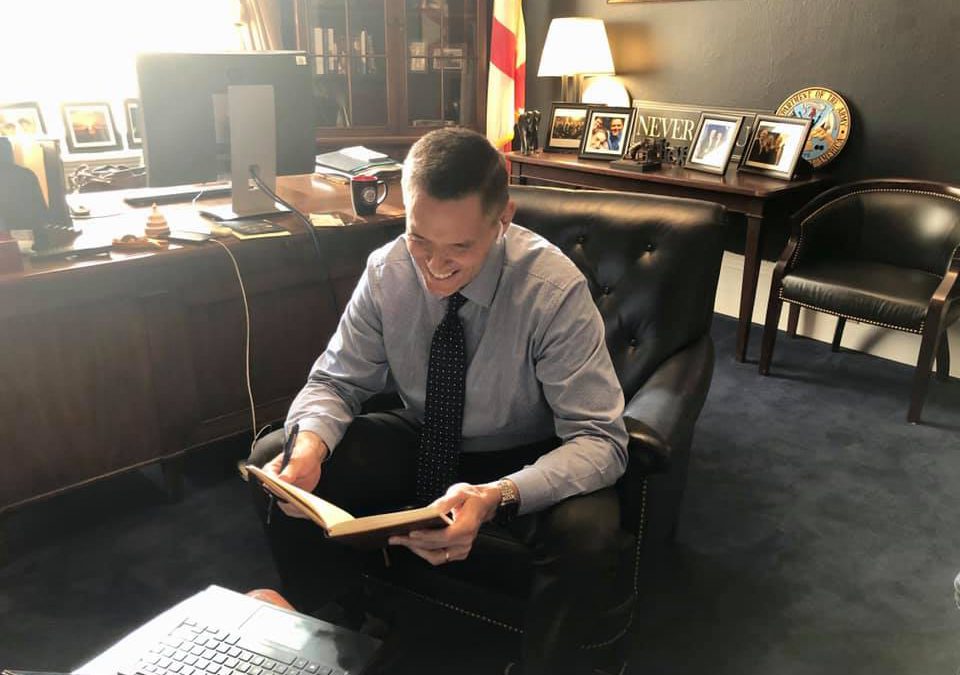 “We’ve had 127,000 folks in our nation that now have died,” Spano said in response to a caller from Lakeland. “In large part it’s a result of the slow actions of the communist Chinese party.” The caller said he almost lost his small business in the face of the economic fallout from the shutdown and wanted to know if the congressman would hold China responsible.

“I’m going to continue pushing for legislative measures to hold them accountable and continue to work with President Trump to put America’s interests first when it comes to dealing with China,” Spano said.

The Florida Department of Health announced the second-highest single-day increase in the state with 5,004 positive cases earlier this afternoon.

Caller Jessie from Brandon was concerned about sending her children back to school in the fall because she lives with her elderly parents who are at a higher risk if they contract the disease from their grandchildren. Spano said that Florida students will have the option to attend classes virtually. Another caller, Betty, was concerned about cutbacks to military health clinics near her and her veteran husband’s home in Brandon. Spano replied that he had spoken with the Secretary of Defense who relayed that decision was now on hold.

Spano serves on the House Small Business committee and is a strong supporter of the Paycheck Protection Program, which previously faced controversy for large companies taking out significant loans. Shake Shack gave back $10 million it received from the program in late April. Spano said during the call that he would make sure that “people who were intended to receive those loans actually receive those loans.”

Spano is running against Lakeland City Commissioner Scott Franklin in the August GOP primary for his 15th congressional district seat. Spano made no mention of his campaign during the call.

Franklin echoed the call to hold China accountable, saying in an emailed response, “Their coverup most certainly cost countless lives across the world.” However he added, “Our top priorities right now need to be the safety of our citizens, reopening our economy and getting Americans back to work.”

Spano is being investigated by the Department of Justice and the Florida Bar Association for campaign finance violations he allegedly committed during his 2018 run. A campaign finance report showed that he loaned his campaign $167,000, exceeding the $2,700 limit on individual contributions.