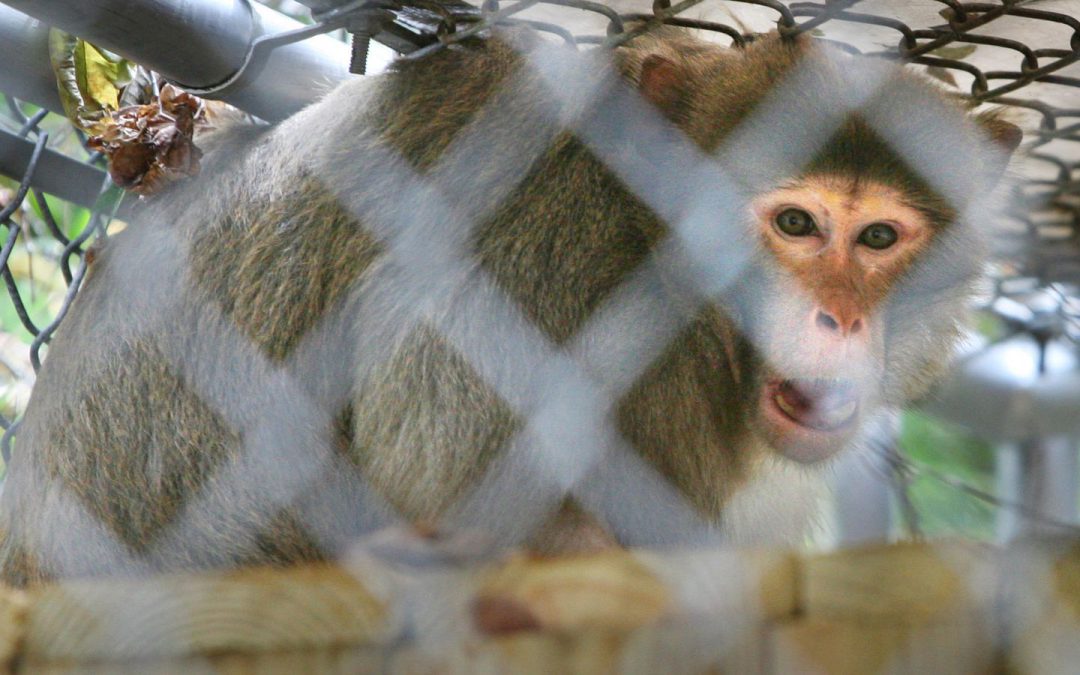 Cornelius, the mystery monkey of Tampa Bay, reacts to reporters standing outside his cage in 2012 at his home at Dade City's Wild Things. [Tampa Bay Times]

Along with lions, tigers and bears, Congress may make monkey trading illegal across state borders.

The Captive Primate Safety Act was introduced during the U.S. House Water, Oceans, and Wildlife hearing in Washington on Thursday morning. It aims to amend the Lacey Act and put non-human primates on the list of animals illegal to “import, export, transport, sell, receive, acquire, or purchase in interstate or foreign commerce.” Rep. Earl Blumenauer, D-Ore., is sponsoring the bill. A similar measure is proposed in the Senate.

Michael Sutton, former president of the California Fish and Game Commission, said more than two dozen states already deem monkeys as pets as unlawful, and federal legislation will only complement those laws.

“There are countless thousands of primates in private hands, and they are readily available for purchase from exotic animal breeders and dealers, even online,” Sutton said at the hearing. “Simply put, primates are wild animals and should not be kept as pets.”

Steve Gunn helps his wife Kimberly run Marmoset Monkeys in Punta Gorda. They’re a small breeder whose clientele is mostly in Florida, but they have buyers out of state. The Captive Primate Safety Act would hurt their business, Gunn said.

“Primates are not like other animals. They’re like having a toddler. … They’re dependent on you emotionally,” Gunn said. “If the only breeder in your state is breeding sick monkeys, or they’re not an ethical breeder, you restrict (clients) from buying from a better breeder.”

The couple bought their first monkey about seven years ago.

“We very carefully filter out who to sell to. We ask lots of questions. Make sure people understand you need to be there most of the time,” Gunn said. “There’s a massive lack of education.”

Under Florida law, the Gunns receive inspections and licenses from the Florida Fish and Wildlife Conservation Commission and the USDA. Each monkey is taken to a veterinarian to ensure it’s healthy and without disease.

“We have to keep meticulous standards,” Gunn said. This bill would only benefit the illegal market, like Craigslist sellers, he said. More baby monkeys will be sick because those markets don’t follow the legal process.

“If you put on restrictions, it’s more likely to enable the backyard breeding market,” Gunn said. “It would definitely damage our business.”

The bill is still in committee, though progress is slowed by the pandemic.