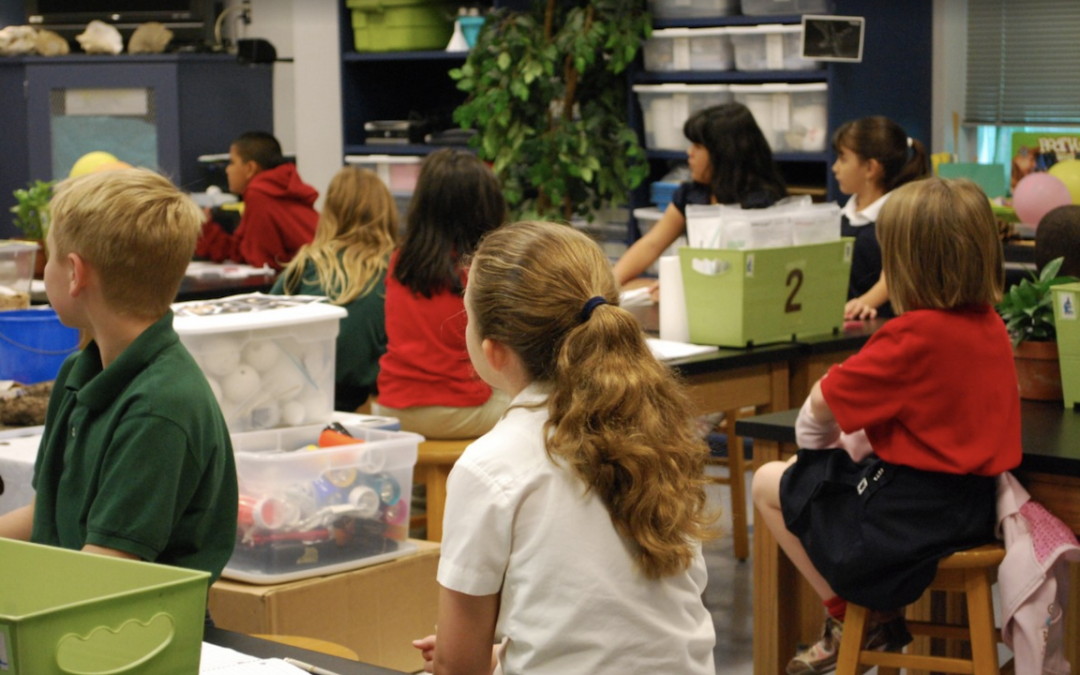 The Saratoga Springs City School District in upstate New York has been working hard to reopen its schools since early May, with completely in-person learning as the ultimate goal, officials say.

But Superintendent of Schools Michael Patton said this week that a hybrid model, combining in-person classes and online courses, is a more practical option for the near term.

“[The hybrid model] does help reduce the capacity of the number of kids that we would be serving in person every day,” Patton said.

Schools need to deal with practical issues including bus services, food services and capacity of classrooms. Saratoga Springs City School District has more than 2,000 high school students, but “serving everybody lunch in the middle of the day in the cafeteria is obviously not going to happen,” Patton said.

President Donald Trump threatened to cut funding if schools don’t fully reopen in the fall. “May cut off funding if not open!” Trump wrote on Twitter on Wednesday.

But Patton said reopening will require support from the local and federal governments. For in-person classes, schools will need to purchase PPE to meet the social distancing standard set by Centers for Disease Control and Prevention. And for remote classes, schools should upgrade technology devices to make sure every student can connect, he said.

“We do anticipate there’s gonna to be additional cost associated with any of the models,” Patton said. “There is going to be some potential increase in expense.”

The American Academy of Pediatrics in late June strongly recommended “having students physically present in school” for the coming school year because of the face-to-face interactions with teachers.

“The academy feels very strongly that students will do better in a structured learning in school,” said Dr. Edward Lewis, a leader with AAP New York chapter. “We are going
Reopening school is important, but both Lewis and Patton said they would prioritize the safety of children and adults.

Saratoga Springs City School District will be very flexible in its planning, Patton said. Having the ability to shift from one model to another if the number of cases rises again in the state is part of the current planning process, Patton said.

The AAP said lengthy time away from school can lead to social and emotional problems. In-person interaction with peers and teachers is vital for students, especially younger kids. Social isolation often results in anxiety, depression and sadness. Students can participate in group work through Zoom calls, Lewis said, but “it’s not the same as being in a classroom with other people.”

“There’s more than just the academic aspect of school that is important to many young kids,” Lewis said.

The AAP guideline states that “COVID-19 policies are intended to mitigate, not eliminate risk.” Many studies have found that children and adolescents may be less likely to be infected and to spread infection.

“We can’t say with 100% certainty that it wouldn’t spread through the schools,” Lewis said. “But we know that is so far hasn’t been a major issue.”