Frederick small business owner and mom of 5 fights to stay afloat amid pandemic, citing a lack of financial support 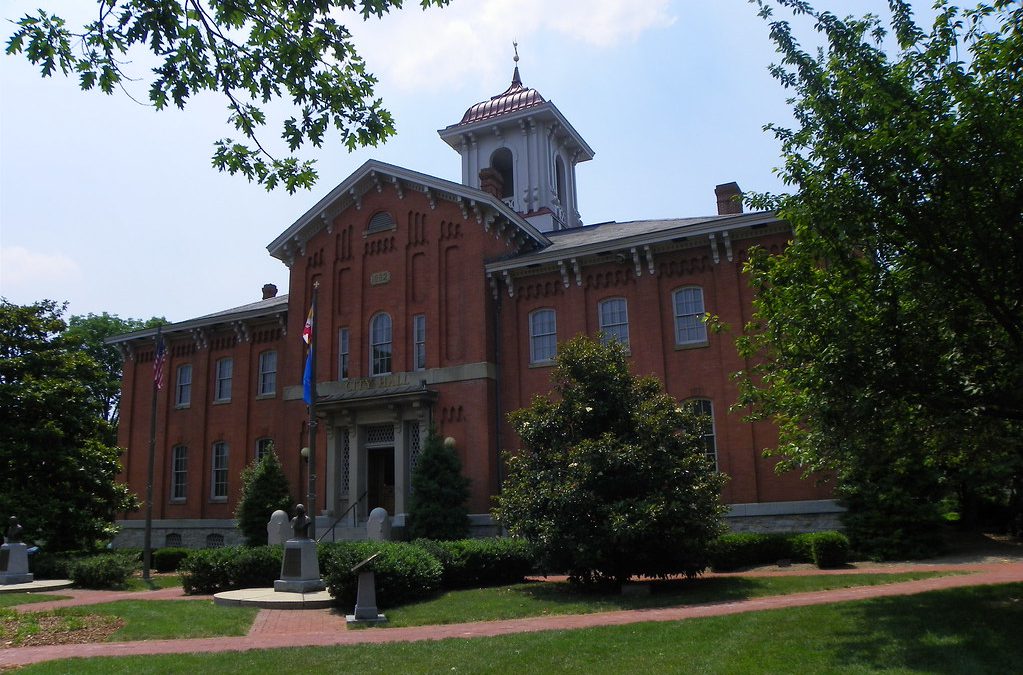 When Nichole Szarenski was forced to temporarily close the 1 and Only Barbershop in Frederick city in late March, a list of concerns spiraled in her mind.

“How in the world are we going to feed our kids, take care of our family [and] take care of our health?” said Szarenski, who works full-time as a medical assistant while also co-owning 1 and Only with her husband Tony Smith.

While small businesses in Frederick, including the 1 and Only, have recently reopened since Governor Larry Hogan issued the closure of non-essential businesses in late March, the financial damage left behind by the abrupt closures still lingers for many owners. Without access to more federal or local aid, some owners worry a second wave of the novel coronavirus could mean an even more strenuous road to recovery ahead.

“I’m not convinced that we’re done,” said Murray Friedman, one of the partnering owners of Hunting Creek Outfitters, a fly fishing shop and outfitters in downtown Frederick. “My concern is going forward, what happens if we shut down again?”

The 1 and Only Barbershop, which also functions as a salon and tattoo parlor, has been in business for over eight years, but since COVID-19 cases surged nationwide, Szarenski and Smith, like most small business owners across the country, have been under financial distress since shutting their doors. They reopened in late May and have seen the return of loyal clientele, but even so, their financial struggles remain.

“I had to withdraw my entire 401K to live off of, to pay our bills, to keep our house and our other things that we needed,” Szarenski said.

Just weeks before they were forced to close down, Szarenski and her husband completed what Smith said was $40,000-worth of renovations to a new storefront they were moving their shop to. The couple, who also have five children, received $3,300 in a federal Paycheck Protection Program loan which is intended to help owners keep their workforces employed, but the funds didn’t last long, Szarenski said. The couple was also denied an Economic Injury Disaster Loan due to “unsatisfactory credit history,” which they didn’t find out about until roughly three months after submitting their application.

But the delays in denial notices and the overall inefficient amount of funds Szarenski and Smith were able to obtain in federal support is characteristic of what members of Congress said in a hearing last week has been the Small Business Administration’s “absolutely terrible” customer service and response to small business owners’ concerns.

When some of SBA’s loan programs started accepting applications in early April, Nicholas McDaniels and his law firm partner Ryan Lewis were simultaneously trying to provide free legal advice to others in the community while also navigating the application loan process for themselves.

“I mean it’s hard for a couple of lawyers and law firms to figure out exactly what’s going on, what resources are available [and] how you gain access to those resources,” said McDaniels, co-owner of Lewis McDaniels, LLC, a small business law firm in Frederick.

Rick Weldon, president and CEO of the Frederick County Chamber of Commerce, said that by mid-March, he was flooded with a “tsunami” of emails and phone calls from members who worried how they’d survive without revenue coming into their shops.

“The saddest part of this whole thing is all of the people that I know and were communicating with –and literally there were hundreds of them– they were applying for every single opportunity that got presented,” Weldon said, adding that state and local funding often ran out quickly with some grant programs being oversubscribed within the first 24 to 48 hours of its launch.

While Szarenski and Smith received some PPP funding, which helped pay off a few of their immediate bills, they’re still a little over three months behind on rent for their shop’s location, Szarenski said. Adding to this, Szarenski said they were also unable to receive a local JumpStart grant which was intended to provide additional COVID-relief to full-time farmers, small businesses and micro businesses.

When COVID-19 first hit the U.S. in late January, many did not expect the virus would surge to over three million nationwide cases, upending the lives of families and small businesses in every state. But amid major financial strain, Frederick’s loyal customers and the “resilient” nature of small business owners have helped many to stay positive and hopeful about the future of the community.

“We support the community, and it’s nice to know that the community supports us too,” Friedman said, adding that some customers were willing to do their Christmas shopping now just in case COVID-19 causes businesses to close again. “It’s been amazing how well we’ve been treated by our customers.”

Paul Thompson, owner of Ec’clectibles, an over 13-year-old shop in Frederick that sells a collection of items from jewelry to trinkets, said he’s felt Frederick’s community has always been supportive of its downtown businesses. “I think there’s a lot of hope for us rebounding. How long [it’ll take], I don’t know, but almost weekly we’re making gains,” he said.

While Szarenski’s financial circumstances remain less than ideal, she continues to be fortunate for the health of her family and the fact that she and her husband didn’t lose their shop. For now, they’re focused on short term survival.

“I’m living day by day and hoping that we get through this and it doesn’t happen again,” Szarenski said.