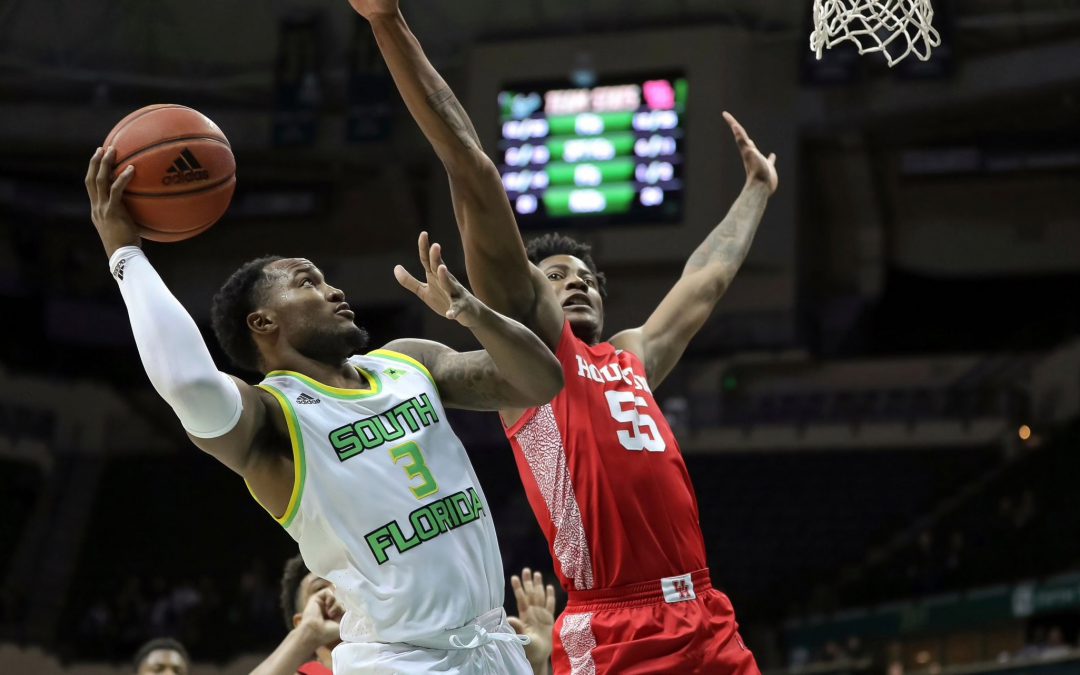 In May, Florida became the third state to pass legislation allowing collegiate athletes to profit from endorsements that commercialize their names, images and likenesses.

While 2020 graduate Laquincy Rideau, a former point guard at USF, never experienced financial benefits from third-party endorsements, he is pleased future athletes may have the chance. After two successful seasons as a Bull, he spent a majority of his time training, studying or learning to expand his presence on social media. That left little time for work while still in school.

“It is more than a 9-to-5 commitment; student-athletes don’t have time to hold part-time jobs,” Rideau said.

He had enough support to live comfortably as a student-athlete but thinks NIL (names, images and likenesses) legislation will create a new college experience for players outside the most popular sports, profiting schools and “keeping everybody happy.”

His former athletic director, USF’s Michael Kelly, agrees that the bill is an “appropriate step,” but remains uncertain of its potential.

“I don’t think anyone can predict what it’ll literally do,” Kelly said. “Whether it’s camps and clinics for young people, memorabilia, endorsing products or personal appearances, the potential extends beyond from what you might consider the primary revenue sports.”

Social media also is an appealing enterprise to the Senate Committee of Commerce, Science and Transportation, which recently met to discuss if federal law should regulate college athlete compensation. Until individual state legislation is enacted, NCAA regulations prohibit players from endorsements typical college students have access to. Artists can sell their art, musicians can play concerts and entrepreneurial students can launch businesses — but athletes have no such recourse.

Others are more certain of the bill’s impact.

“Full NIL rights would promote, and not undermine, gender equity,” said Dionne Keller, a sports law professor at the University of Baltimore, who was at the hearing in late June. “Because women have fewer opportunities to participate in professional sports than men, their years as college athletes often provide the only opportunity they will have to earn income from their athletic participation. In addition, NIL marketing by female athletes can raise the profile of their sports, building interest along with women’s brands.”

Abigail Kimmelman, who was a club figure skater at the University of Miami, “dabbles” in social media endorsements outside of her career as a professional athlete. While Kimmelman doesn’t consider herself an influencer, she promotes products that she personally enjoys and thinks her followers could benefit from.

“Social media wasn’t as big when I was in school. It’s been more recently that the influencer market has popped up aggressively,” said Kimmelman, who graduated in 2016. She also thinks all collegiate athletes deserve the opportunity to earn compensation. “Women’s sports get left in the dust all the time. Niche sports don’t have the backing behind them in the same way, and they’re expensive, too.”

Shawn Stankavage, who played quarterback for both Vanderbilt and Rice University, is working toward his realtor’s license and thinks athletes at every level would benefit not only from name exposure, but also from cultivating individual brands.

“You can establish your own identity, as opposed to putting it in the hands of the university you’re linked to,” Stankavage said. He also mentioned the NCAA policy that allows bookstores to sell jerseys with players’ numbers, but without their names.

That’s where the issue gets complicated. Current NIL laws intentionally ensure student-athletes would not become employees of the school. Compensation would be sponsored strictly by third-party endorsements, leaving the players to advocate for their own careers off the field.

“This is more of a private business enterprise for them that they’re going to have to set up like an owner,” Kelly said. “They’re going to have to get paid and file taxes. For that extra level of responsibility, we can teach and try to prepare them for, but it’s going to become an aspect of their life that’s like a business, and you have to handle your business accordingly.”

USF has already begun educating its student-athletes on brand value by partnering with the company INFLCR to prepare players to capitalize off of their NIL potential.

While the company valued Rideau’s online audience to be worth nearly $8,000, he couldn’t reap the benefits set in motion by Florida’s NIL legislation, which goes into effect July 2021. He thinks, however, that he benefitted from learning how to “network and invest time in building a brand.”

Darren Heitner, a sports lawyer who contributed to Florida’s NIL law, insists all student-athletes have the right to be compensated for individual endorsements. While he’s proud that Florida is one of the first states with such legislation, he says the NCAA should have taken initiative years ago.

“It’s not that federal legislation is overdue, it’s that change is overdue,” Heitner said in a phone interview after the hearing in June. “This could have easily been ameliorated where the states and the federal government did not have to intervene if the NCAA would have changed their by-laws.”

His response followed the announcement of Sen. Marco Rubio’s bill, which pushes the NCAA, and the federal government, to enact NIL regulations before Florida’s law goes into effect. Rubio’s bill represents another side of the debate, which asserts individual state laws threaten the integrity of college sports as schools with NIL potential would hold a recruiting advantage.

“It’d be nice if everyone was still working from the same sheet of music, which is why I think ultimately, it’s critical for the NCAA legislation to get it right,” said Kelly, who predicts an NCAA policy will be announced in November. “Hopefully, the state and federal legislators are satisfied by the depth it goes to.”