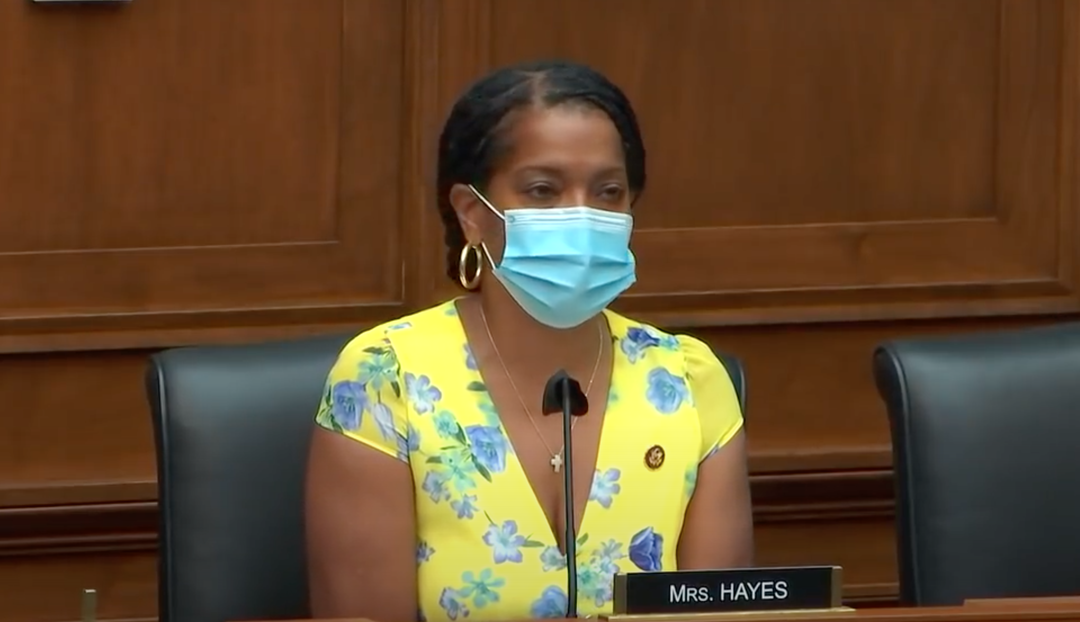 Former National Teacher of the Year and Rep. Jahana Hayes (D-CT) questions those who testified at a hearing on safely reopening schools. (AMY SOKOLOW| MEDILL)

Teachers, medical professionals and school administrators alike agreed Thursday that schools should make every effort to reopen in fall for at least some in-person instruction. But they also agreed that billions in federal funds are needed to help schools reopen safely or offer online options when needed.

Dallas School District Superintendent Michael Hinojosa told a House education subcommittee that Texas is not in a position to offer in-person instruction until at least Labor Day, and possibly as late as November due to COVID-19 case spikes in the state.

As schools grapple with when and how to reopen, experts also told the committee they are worried that keeping schools closed would only widen the learning gap for students facing significant disadvantages in their homeschooling environments.

Dr. Sean O’Leary, a Denver-based representative for the American Academy of Pediatrics, testified that after weighing risks and advantages, the AAP supports reopening of schools in-person this fall, citing spikes in depression, suicidal thoughts and obesity among children since schools have closed.

He said the AAP is advocating for $200 billion in federal funds for K-12 education and marginalized students, such as those with disabilities. He also said that $500 million should be granted to the Bureau of Indian Education because Native Americans have been hit hard by the pandemic, making up over half of cases in New Mexico and one-third of cases in Wyoming, according to the Center for American Progress.

He added that a recently published study in South Korea showed that children under the age of 10 were only half as likely to transmit COVID-19 as their older peers or adults.

Hinojosa, of Texas, advocated for increased funding for technology resources, including Wi-Fi hotspots, tablets and laptops for families who cannot afford these themselves. Access to these resources would allow students to keep up with virtual instruction and homework assignments. Although the district, the worst major city in the country in terms of percent of homes with Internet access, was able to provide these resources with local support through the end of the 2019-2020 school year, “it was only a temporary solution,” he said.

“Keeping schools closed saves lives. Opening schools saves other lives. Both have long- term consequences,” she said. “Federal funding will certainly help our districts, schools and communities to create those options with the resources necessary to do so safely and responsibly for all.”

But she said Tennessee won’t wait for the federal government as it decides how to operate its schools.

“Absolutely we want more resources to open schools,” she said. “What I don’t want to say is that we will make decisions for 147 very unique districts and counties simply by waiting for the federal government. Tennessee will protect our own.” She said that additional federal resources would allow schools in the state to open “with complete safety in mind.”