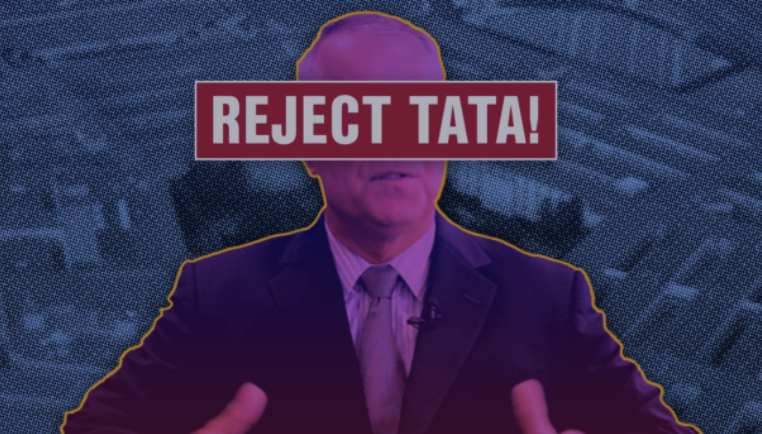 Muslim Advocates co-organized a group of over 50 organizations calling on the Senate to block the nomination of Anthony J. Tata for a top Pentagon position, citing anti-Muslim and anti-Black remarks. (Source: Muslim Advocates)

The Senate Committee on Armed Services canceled a nomination hearing Thursday morning for Anthony J. Tata to be the undersecretary of defense for policy at the Pentagon after outrage over Tata’s alleged racism.

A group of over 50 civil rights, faith, education and labor organizations urged the committee to block the nomination, referring to anti-Muslim comments and attempts to “re-segregate” Wake County, North Carolina schools.

Tata, a retired Army brigadier general and Fox News commentator, was nominated for the third-highest position in the Pentagon. The hearing was scheduled for 9:30 a.m, Thursday morning. The website cancellation announcement was released around 9:00 a.m.

“This cancelled hearing shows that deep incompetence and naked bigotry can still be disqualifying in Washington, but only when people of conscience organize to hold their senators accountable. Tata does not have the votes and the White House knows it,” said Scott Simpson, Public Advocacy Director of Muslim Advocates.

The coalition of organizations, which was co-organized by Muslim Advocates, the NAACP, American Federation of Teachers, Center for Disability Rights and SPLC Action Fund, stated that Tata “is deeply hostile to American Muslims and routinely invoked bigoted anti-Muslim rhetoric and conspiracies.”

In June 2018, Tata tweeted that “Islam is the most oppressive violent religion I know of.” In other tweets, he referred to former President Barack Obama as a “terrorist leader.”

Research it. Islam is the most oppressive violent religion I know of. This is snapshot of wiki page (v liberal) on Islam. Its devout followers just have to read the Koran to know when to beat a family member or wage war. All laid out for them. pic.twitter.com/OCOIraA0kT

The organizations also drew concern over his time as superintendent of the Wake County School District in North Carolina, stating that Tata attempted to “re-segregate” schools, by “transferring huge numbers of African American students back to inner city schools and their white counterparts back to the suburbs.”

In a written statement, T. Anthony Spearman, president of the North Carolina NAACP, referred to Tata as “a walking scandal…His racial insensitivity quickly became notorious. He seemed to regard African American parents as ideological adversaries, rather than taxpayers invested in the quality of their Public Schools.”

Drawing on Spearman’s statements, Hilary O. Shelton, NAACP Washington bureau director, emphasized the importance of this position in policies related to employees of the Department of Defense, which is the largest employer in the country.

“We believe he is not fit for any office which might give him power or responsibility for other people,” said Shelton. “And certainly, if we think about policies and concerns involved with communities of color, with a deeply diverse workforce of almost 3 million employees and service members.”

In addition to his time with the Wake County schools, the groups referred to Tata’s anti-Black sentiment by writing, “Tata’s use of racist rhetoric shows a deep disregard for Black people and victims of police violence.”

In tweets that have since been removed, Tata called Rep. Maxine Waters, D-Calif., a “vicious race baiting racist.”

The organizations were not alone in disapproving of Tata’s nomination. Senators Chris Van Hollen, D-Md., and Elizabeth Warren, D-Mass., wrote a letter Friday calling on Tata to withdraw his nomination.

“Nominees should see the value diversity, inclusion, and unity bring to our institutions. Unfortunately, your history of public remarks does not meet this standard,” wrote the lawmakers.

The organizations had been sending the letters to Republican members of the Senate Armed Services Committee. The cancellation came after reports that Republicans did not have enough votes to secure the majority needed to approve Tata’s nomination.

“There are many Democrats and Republicans who didn’t know enough about Anthony Tata to consider him for a very significant position at this time,” Committee Chairman Jim Inhofe, R-Okla., said.

“We didn’t get the required documentation in time; some documents, which we normally get before a hearing, didn’t arrive until yesterday,” said Rep. Inhofe. “As I told the President last night, we’re simply out of time with the August recess coming, so it wouldn’t serve any useful purpose to have a hearing at this point, and he agreed.”

In their press release following the meeting’s cancellation, the coalition of organizations warned that Tata “still works for the Department of Defense” and urged the White House to “immediately withdraw his nomination.”