Despite ‘on fire’ conditions, children remain in ICE custody 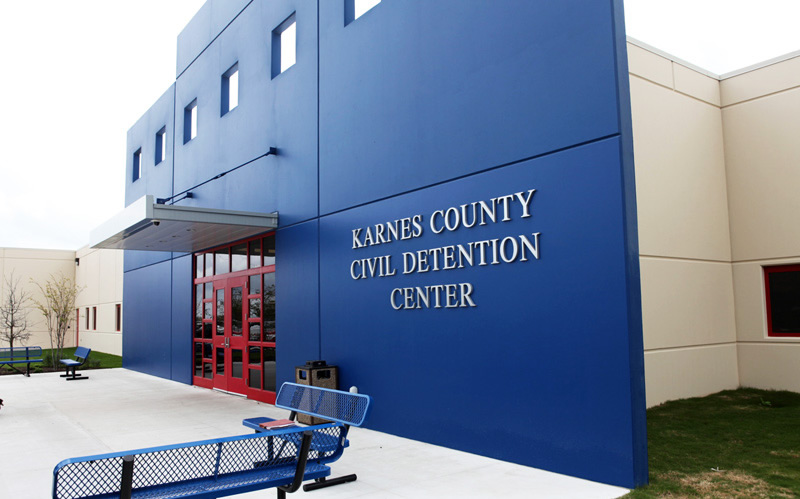 Earlier this month, a California judge ordered the release of more than 100 migrant children from Immigration and Customs Enforcement custody; however, after ICE failed to meet specific prerequisites to release the children, the judge declared her order was “unenforceable.” The children remain in detention.

On June 26, U.S. District Judge Dolly M. Gee ordered the government to release minors — to sponsors or into non-congregate settings — who have been held for more than 20 days in the country’s three family detention facilities. The order, which described safety conditions as “on fire” amid COVID-19, was in response to multiple claims that ICE was not adequately protecting the health and safety of the children in custody amid the pandemic. But two days before the deadline, Gee announced that ICE had not received consent from the children’s guardians or parents to release the minors, a requirement outlined in her order. The delay in releasing children is in line with the government’s track record of inaction and lack of communication with migrants held in custody.

“The lawyers have said that no one has approached them or their clients to say what the process will be for reviewing who the sponsors are …” said Jennifer Nagda, policy director at the Young Center for Immigrant Children’s Rights, a day before the original July 17 deadline. “Nobody knows how they’ll be transported, nobody knows who will have care and custody of them while they get taken to sponsors, and nobody knows what will happen to the kids who don’t have sponsors.”

As of July 29, there were 59 total confirmed COVID-19 cases among detainees at the Karnes family detention center, according to ICE data. At the Dilley center, there has been one confirmed case of COVID-19 among a detainee, and according to Gee’s order, four ICE employees tested positive as well. Though no cases were reported at the Berks facility, Gee’s order states that in April six children contracted stomatitis, a viral inflammation in the mouth and lips.

According to Gee’s order, a court-ordered independent monitor and a physician observed “non-compliance” or “spotty compliance” with masking and social distancing protocols inside the detention centers.

In an effort to clamp down on COVID-19, ICE implemented a policy in May that gave detained parents and guardians the option to either agree to releasing their children alone — therefore separating the minors from their parents — or waive their child’s rights, risking their child’s health and well-being in order to stay together.

According to the 1997 Flores Settlement Agreement, minors in detention must be “expeditiously” processed and held in facilities that are “safe and sanitary.” More recently, the agreement was adapted to prohibit the detention of children for more than 20 days, which Gee emphasized in her June 26 order, adding that the release of children should happen at “deliberate speed” and ICE must “urgently” enforce COVID-19 safety protocols.

Most families currently in detention have fled life-threatening situations in their home countries to seek refuge and asylum in the U.S.

“[The children] have endured a lot of trauma, and then to be separated from the one adult that they trust and know is going to take care of them and go with someone they’ve never met, it’s extremely traumatizing,” said Katy Murdza, advocacy manager for the American Immigration Council’s Immigration Justice Campaign.

ICE has a track record of not operating in good faith when it comes to handling migrants’ immigration cases, Murdza said. She added that in many instances, ICE waits until the last minute to adhere to federal court orders and implements problematic policies and practices that intentionally coerce migrants to make quick decisions without the necessary legal implications and explanations.

“[ICE] didn’t do the work beforehand. They weren’t sitting down with families, asking ‘where do you want to go,’ ‘how can we release you,’ and at the last moment [they] rush to get these parents to sign the documents to say they don’t want to have the child released,” Murdza said.

While Gee’s ruling aimed to remove migrant children from dangerous conditions inside family detention facilities, she only has jurisdiction over minors. U.S. District Judge James E. Boasberg, who has legal authority over detained parents, denied the blanket release of immigrant families together. Boasberg acknowledged his ruling would leave parents to make a “heart-rending” decision about their children but said that calls to immediately release all families is “quite a reach.”

These separate litigations mean that family separation is an inevitable reality, as adults and minors are treated as separate entities rather than units. Additionally, many immigrant advocates emphasized that ICE has the authority to release children with their families without the need for a court order but is actively choosing not to.

While family separation formally ended in 2018 following an executive order by President Trump ending his “zero-tolerance” policy, many immigrant advocates say the actions of U.S. immigration agencies continue to put immigrant families in situations where separation is not only possible, but likely.

“The idea of ripping children away from a perfectly competent caregiver … is both inefficient and unnecessary from a legal perspective,” said Nagda from the Young Center. “It’s just completely antithetical to what we know about children’s healthy development and their well-being emotionally and psychologically.”

According to the North Carolina Medical Journal, removing children from their parents “re-traumatizes” them, disrupting their brain development and, in some cases, causing permanent damage to their psychological health. For many young children, this trauma can manifest in the form of sleeping, toileting, and eating problems, as well as tantrums, anxiety, and aggression.

“We also saw physical and developmental regression among younger kids who are taken from their parents, so kids who have been toilet-trained who began losing that ability, children who lost some of their verbal capacity — not just their language skills, but even the fluency in which they can communicate in their language,” Nagda said.

Nagda also said she and her colleagues worked with one child who, after being separated from his mother, was unable to nurse and his mother lost her ability to breastfeed.

“Tragically, I think for many of the families, the hope has been that the final step of that traumatic journey was crossing the border and entering American soil … it is truly a tragedy to know that the trauma hasn’t ended,” said Krish O’Mara Vignarajah, president and CEO of Lutheran Immigration and Refugee Service.