COVID-19 an ‘ally’ for ISIS in the Philippines, DoD report finds 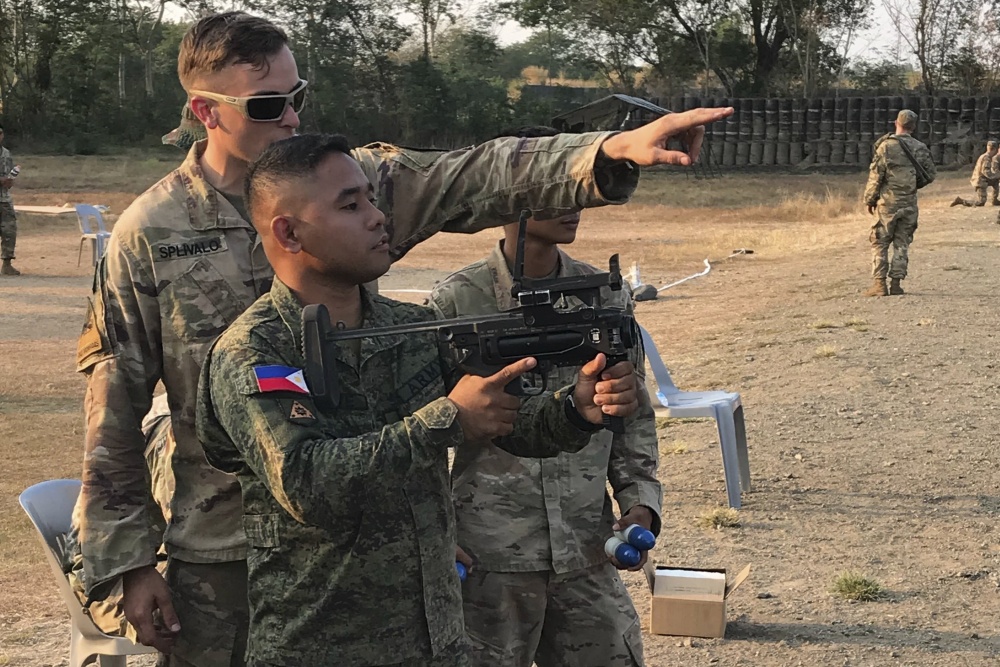 Cpl. Cale Splivalo, a Soldier with 5th Battalion, 20th Infantry Regiment, teaches an Armed Forces of the Philippines soldier how to operate the M320 Grenade Launcher Module. Photo courtesy of the U.S. Army

Three years and millions of dollars later, counter terrorism efforts in the Philippines have not made a “substantial difference,” a Defense Department Inspector General report released this week found.

Since 2017, the U.S. has supported the Armed Forces of the Philippines in fighting terrorism through Operation Pacific Eagle-Philippines. However, the strength and influence of extremist groups in the region have remained unchanged, the IG report published on Tuesday said. Additionally, the Philippine government diverted resources from counter terrorism to fight the COVID-19 pandemic.

“Since the outset of Lead IG reporting on OPE-P in 2018, we have seen little progress in improving the economic, social, and political conditions in that part of the country,” DoD IG Sean O’Donnell said in the report.

“[COVID-19] makes the Philippine state look more inept than it normally is,” said Colin Clarke, a senior researcher on counter terrorism at the Soufan Center, a think tank focusing on terrorism, immigration and related national security issues. “And with that, it gives insurgents and terrorist groups the opportunity to gain some political legitimacy.”

COVID-19 also stymied the U.S. ability to support the AFP by making casualty evacuation more complex and limiting the U.S. presence on the ground, the report said. While the U.S. developed quarantine and isolation procedures for casualty transport, the AFP continued to use the same evacuation method as it had before the pandemic.

Terrorism will be an issue as long as the grievances of Muslim and other minority groups in the Philippines are unanswered, Clarke said. While America has provided military support and financial support through USAID, it cannot start social programs in the country, he said. As long as the Philippine government doesn’t directly address the concerns of underprivileged groups, extremist groups like ISIS-EA will still be able to recruit, Clarke said.

“As the U.S. pivots from counter terrorism to great power competition and reallocates resources to different parts of the world, we’re going to see pockets of weak states in SE Asia bear the brunt of that drawdown,” Clarke said. “Things are dicey. One step forward, two steps back.”

The DoD and the Philippine government have shown a commitment to continue working together on building stability in the region. In June, the Philippines decided to not to end the bilateral Visiting Forces Agreement that allows for U.S. troops to operate in the country.

“Our long-standing alliance has benefited both countries, and we look forward to continued close security and defense cooperation with the Philippines,” the U.S. embassy in Manila said in a statement.