The UK is on the brink of a youth unemployment crisis 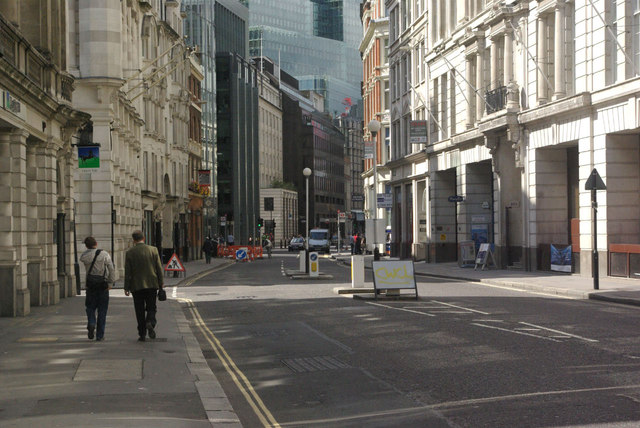 As many as one in four young people might be unemployment in the next months. (Wikimedia Commons)

The UK is on the brink of a youth unemployment crisis: As many as one in four workers aged 16 to 25 could be jobless as the country emerges from the coronavirus lockdown.

Young people are disproportionately employed in restaurants, pubs, hotels and leisure centers, which were largely shut down on March 23 and remained closed through the eight-week lockdown. Retail, another popular source of jobs for young people, was also hit hard.

General unemployment in the UK is expected to triple, reaching 12% before Christmas and easily surpassing the hit caused by the 2008 financial crisis, according to experts.

The jobless rate remained steady at 3.9% between March and June, the latest data available, but only because many companies put their employees on the furlough scheme, which was introduced by British Prime Minister Boris Johnson and covered 80% of 9.4 million workers’ pay during the lockdown in a bid to stop job cuts.

Although the overall jobless rate was unchanged through the lockdown, there are 47,000 more young people unemployed than there were a year ago, the Office for National Statistics said.

Over one in three of 18- to 24-year-old employees have lost their jobs or been furloughed during the pandemic, compared with one in six adults above that age, according to the Resolution Foundation.

As the furlough scheme will be progressively wound down between August and October, more young people will lose their jobs: Without government support, one in three businesses will have to reduce their workforce, according to the British Chambers of Commerce, a leading business lobby group.

Young workers are three times more likely to be employed in sectors most vulnerable to job cuts — such as accommodation and food, arts and entertainment, and construction — than workers older than 25.

About 890,000, or 20%, of UK workers aged 25 and under work in the top two at-risk industries — hospitality and arts — compared with 6% of older workers. The two sectors have furloughed around 83% and 73% of their workforces respectively.

At least one in 10, and as many as two, of those on the furlough scheme will be made redundant, according to the Office for Budget Responsibility, the government’s economic forecaster.

Those jobs are likely to be “permanently lost,” a study by the Ulster University Economic Policy Centre said.

Job cuts will not be the only cause of unemployment. Companies are also recruiting less: Between February and April, the number of vacancies was 21% lower than the previous quarter, at an estimated 333,000.

“There’s a national disaster unfolding, with vacancies at an all-time low and more jobs lost every day,” said Frances O’Grady, the general secretary of the Trades Union Congress.

Hospitality has seen the biggest fall, down by 42% from the same period in 2019.

“These figures show serious difficulties for hundreds of thousands of people, but unfortunately this is still only the beginning of the impact on the labour market,” said Matthew Percival, the director for people and skills at the nonprofit Confederation of British Industry. “Flattening the unemployment curve will remain paramount.”

As vacancies dropped significantly, competition became fierce. Young people describe searches where companies don’t bother to respond or, if they do, tell applicants not to expect much in wages.

Danielle Skinner, 23, of Oldham, was first put on furlough and then made redundant from her first job, working at a digital marketing firm.

“I’d just started to get my career going and I felt like everything was just falling to pieces,” she said.

Skinner has applied to over 50 jobs, but heard back only from a few, which she found “disheartening.”

“The ‘corona class of 2020’ could face years of reduced pay and limited job prospects, long after the current economic storm has passed, unless additional support is provided fast,” said Kathleen Henehan of the Resolution Foundation.

Even just one month of unemployment at ages 18 through 20 causes a lifetime income loss of 2%, according to a study by the Centre for Economic Policy Research.

“People miss out on gaining skills and experience needed to keep up in the jobs market,” said Dennis Tamesberger of the Chamber of Labour in Linz, Austria.

A lower-skilled school leaver’s chances of being in work in three years’ time have been reduced by a third, according to the study.

But the measure is highly insufficient, according to experts: a lot more funds will be needed to help the almost 7 million young people.

“Young people in particular can’t be left to the misery of long-term unemployment,” O’ Grady said. “And it’s the best value option for the treasury.”