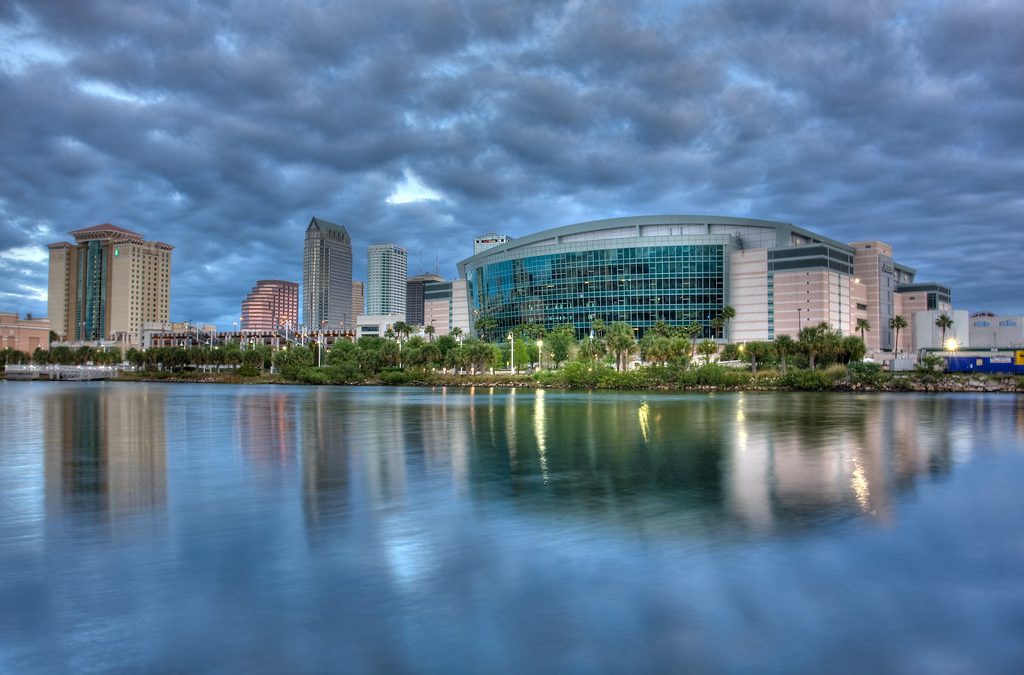 As schools transitioned to online learning because of the pandemic, nationwide calls to child abuse hotlines went way down. Experts say that’s because teachers, who are mandated by the state to report abuse, can’t gather the full picture over virtual environments.

When Bilirakis learned of these issues, he “immediately agreed” to help, according to Summer Blevins, his deputy chief of staff.

“We know millions of families are under significant increased financial, emotional, and physical strain,” Bilirakis, a co-leader of the bill, said in a news release in late July. “Too often those stressors manifest in cases of child abuse.”

Led by judges, these teams follow the Safe Babies Court Team approach of ZERO TO THREE, an organization dedicated to creating positive family connections. The teams of engaged stakeholders and community providers advance the health and well-being of young children and work to strengthen their families by connecting those in need with community support and services and by addressing patterns across cases to fix structural issues in the child welfare system.

Infant-Toddler Court Teams operate in 101 sites in 30 states, but only serve a fraction of those in need, the news release said: “There is irrefutable scientific evidence demonstrating the clear link between abuse in young children and long-term, negative impacts on cognitive, physical, and emotional development.”

Every six minutes, a young child is removed from home due to abuse or neglect, according to ZERO TO THREE. The nonprofit sent a letter signed by 30 similar organizations across the country in support of this legislation.

“Infants experience maltreatment at 300 to 400 percent the rate of other age groups, and more than one-third of children entering foster care are under the age of three,” the letter read. “Their rapid brain development makes them particularly vulnerable to the effects of maltreatment, and child welfare practices do not take into account their need for stability and close, trusting relationships.”

Janie Huddleston, director of the National Infant-Toddler Court Program at ZERO TO THREE, emphasized the importance of keeping young children with their families.

“States don’t make great parents,” Huddleston said. “We want to ensure through this money that communities and states have training and technical assistance to implement programs that deliver supportive and evidence-based services.”

In Florida alone, the organization started with one site in 2014 and has grown to 27. Because of the pandemic, ZERO TO THREE pivoted to virtual screenings and check-ins, allowing the organization to spend more time with families. Cases are down this year to 128 from 251 last year due to COVID-19, according to Huddleston. But their work doesn’t change.

“It’s amazing what happens when you treat these parents like human beings, when you talk to them about the trauma that they have experienced themselves, when you ask them, ‘What happened to you? What happened when you were growing up? ‘And you help them and protect them,” Huddleston said.

Intervention in a child’s earliest life stages takes precedent, as children develop 80 percent of their brain in their first 1,000 days, according to the nonprofit 1,000 Days. Healthy Start Coalition of Hillsborough County, a co-signer of the letter, screens mothers at their first doctor appointments — and Hillsborough County has over 18,000 births a year, according to executive director Jane Murphy.

Last year, 11,600 women opted-in for screening, and Healthy Start helped provide diapers, formula and community services to support the newborns. The Strengthening America’s Families Act funding would make it easier to do so.

“Anything that helps provide support and services for these children is going to help us because we’re all about what’s best for the baby and what’s best for our community,” Murphy said.

Infant-Toddler Court Teams originally supported kids already in foster care, but data shows children are best served when they remain with their families, according to Alexandra Citrin, senior associate at the Center for the Study of Social Policy, another cosigner of the letter. They now work on a continuum to support children and family needs, which in turn provide safe, stable environments.

“ITCTs have a proven track record of success, and I want to ensure all abused children have the benefit of accessing this highly effective resource,” Rep. Bilirakis said in the news release.

The next steps for the bill include continuing to build support through co-sponsorship, getting the bill on the agenda and moving it forward for final passage.