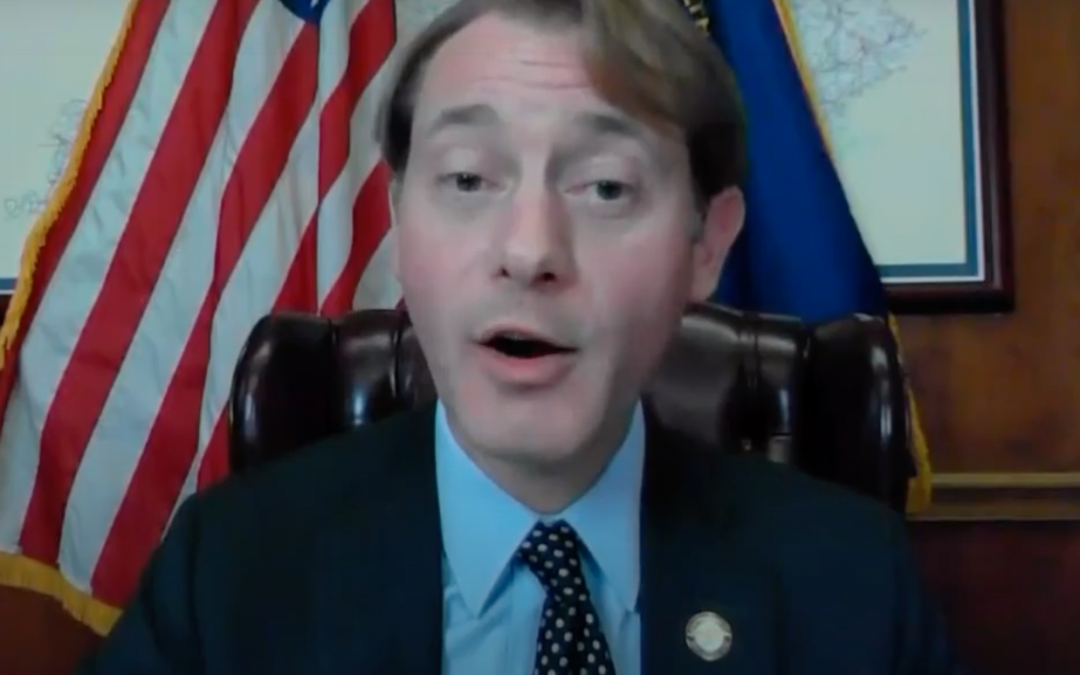 Kentucky Secretary of State Michael Adams testified on Friday that he'd like to keep federal assistance out of states' election processes.

Testifying at a House Committee on Homeland Security hearing, Michigan Secretary of State Jocelyn Benson, a Democrat, said combatting misinformation will be a focus area ahead of the election. The day before the hearing, she tweeted that residents of Detroit, a city under her jurisdiction, and Chicago received intentionally false and misleading robocalls that claimed mail-in ballots would lead to personal information being shared with law enforcement officers for outstanding warrants and being added to vaccine registries, which she called “an unconscionable attempt to suppress voting” during the hearing.

Benson testified that a secure election could only be possible with the support of the U.S. Postal Service and Congress.

According to a recent poll by CNN, 42% of survey respondents are not confident in the security of the presidential election this year, and 59% are concerned about the security of mail-in voting.

Kentucky Secretary of State Michael Adams said that states should be in charge of their own elections, citing his state’s successful primary election in June, when 75% of voters voted by mail.

“We had a huge voter turnout and no spike in COVID-19 cases. Turns out, Kentucky knows what is best for Kentucky. And I would urge you to let Kentucky be Kentucky, let Michigan be Michigan and respect the laboratories of democracy that led to innovation that centralized the election system,” he said.

He added that he would not accept further federal funding for elections if it came with stipulations on how to run elections in the state.

Republicans also emphasized the importance of cleaning (or “purging,” as Democrats call it) voter rolls, while Democrats largely ignored the issue. Republicans, including Alabama Rep. Mike Rogers, say that checking for changed addresses and registered voters who have died is an obvious step to take, especially during an election season.

Adams said he ran on a platform of updating voter rolls, while Benson said that Michigan’s voter rolls are cleaned regularly because of the state’s new automatic voter registration system, introduced in 2019. She added that she sent out a statewide mailing to check registration, a technique used by state lawmakers on both sides of the aisle.

Adams also hinted that foreign interference in the election is a concern, both in Kentucky and nationally.

“We’ve not been breached but there has been rattling of our doorknob, let’s put it that way,” he said.