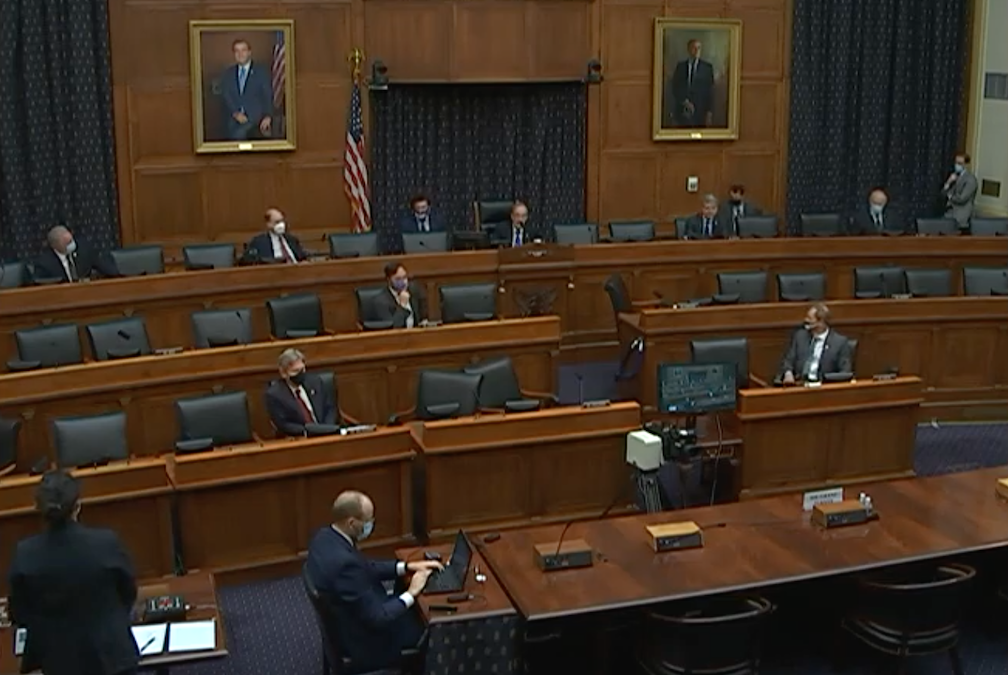 Michael Pack, CEO of the United States Agency for Global Media since June, fails to show up to testify Thursday despite a subpoena from the House Committee on Foreign Affairs (Hangyun Kim/MNS)

WASHINGTON – The new head of the United States Agency for Global Media failed to appear before the House Committee on Foreign Affairs on Thursday, ignoring a subpoena the committee issued last week ordering him to testify amid questions over editorial independence at the agency and defunding the Open Technology Fund.

United States Agency for Global Media is an independent federal agency that operates five news services and the Open Technology Fund for so-called soft diplomacy, providing news to people around the world and demonstrating freedom of the press.

Pack also replaced the bipartisan board members under the USAGM umbrella to install political appointees of the Trump administration. Jonathan Alexandre, who is on the board of Radio Free Asia, is the senior counsel for government affairs at Liberty Counsel, which the Southern Poverty Law Center has designated as a hate group for anti-LGBT advocacy.

USAGM did not immediately provide reasons for Pack’s decision to ignore the congressional subpoena. The agency said in a statement last week that the new CEO is “eager to testify.”

Rep. Albio Sires, D-N.J., voiced frustration over Pack’s defiance of the committee’s subpoena. “There should be consequences for these people who do not want to answer their actions when we fund them,” said Sires. “We are entitled to know where the taxpayer’s money goes and why they made the decisions.”

Pack refused to provide roughly $20 million of congressionally appropriated funds to the Open Technology Fund. The Fund supports the development of circumvention and communication tools so that journalists and activists can better share information in countries with strong internet censorship.

Karen Kornbluh, current board chair of the Open Technology Fund, told the committee that Pack’s withholding of the funding undermined both the USAGM’s mission and the cause of internet freedom in the time of the rise of digital authoritarianism.

She said 49 out of 60 ongoing internet freedom projects were forced to stop due to funding shortages. “In just four months of Pack’s leadership, the world’s leading funder of internet freedom technology has dismantled. Internet freedom and democracy efforts by the U.S. have crippled,” said Kornbluh.