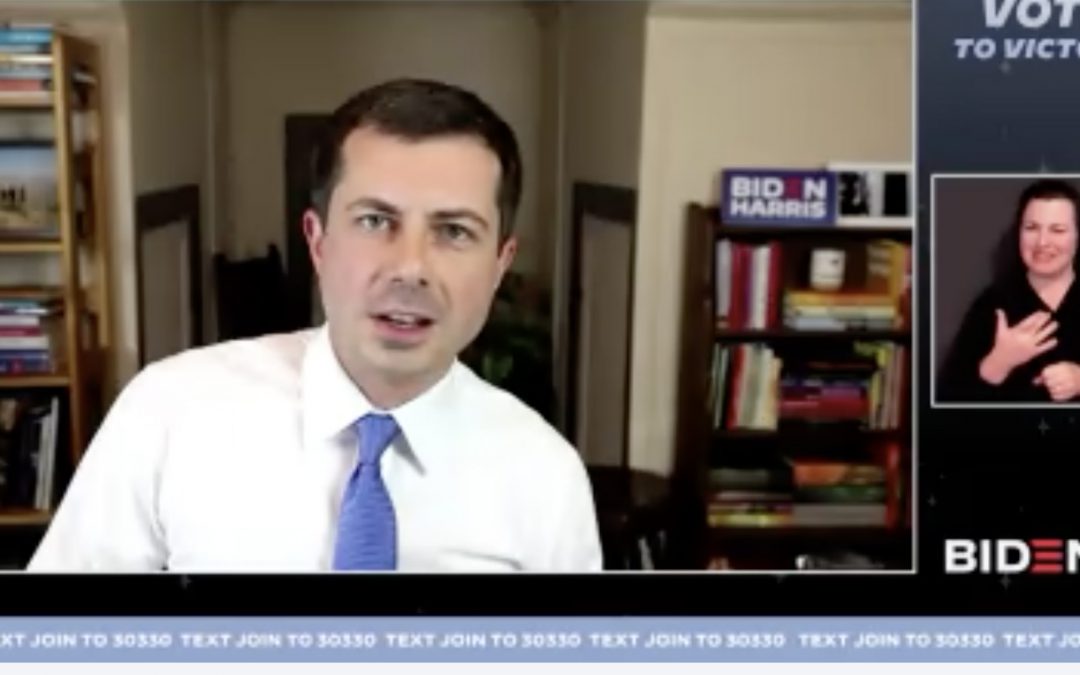 The Democratic politicians teamed up with 19 former and current “Star Trek” actors, including Patrick Stewart and George Takei, on Tuesday night for a “Star Trek” themed Biden campaign virtual fundraiser.

Politicians and actors alike pushed the idea that the election against Trump gives voters the opportunity to save the future just like the heroes in Star Trek always did.

“We’re living in times of extremes. We’re either heading to the future of ‘Mad Max’ or ‘Star Trek’, and we need to head to ‘Star Trek’ by voting for Joe,” said Yang, who dropped out of the race for the Democratic presidential nomination.

Buttigieg, another Democrat who tried to get this year’s nomination, was particularly passionate during the virtual event, bringing out a Borg action figure from the show that he has kept since he was a child. To Buttigieg, “Star Trek” represents an ideal of social equality and justice that the U.S. should strive to achieve.

“Social justice is one of the most important topics being discussed right now… and it often came up in ‘Star Trek’,” said Buttigieg. “The show created a sense of belonging for everyone.”

The event touched on other pivotal themes of the Biden platform, including ensuring voting rights for all Americans and addressing climate change. Abrams, who lost a close race for governor of Georgia in 2018 amid allegations her opponent suppressed votes, led discussion with female cast members about the need for gender equality in both politics and show business.

“For every moment of progress or success, we still have these pervasive issues of sexism and racism that always come back,” said Abrams.

Trekkies had to donate to the Biden campaign to attend. In return they could question their favorite “Star Trek” actors, listen to actors’ panels and play a trivia game.

The fundraiser is part of the Biden campaign’s effort to build on two consecutive months of record-shattering fundraising before the November election.

The campaign will hold a similar pop culture fundraising event on Friday with cast members from the hit musical “Hamilton.”