Vulnerable communities on the coast need more access to federal grants to combat climate change, according to experts 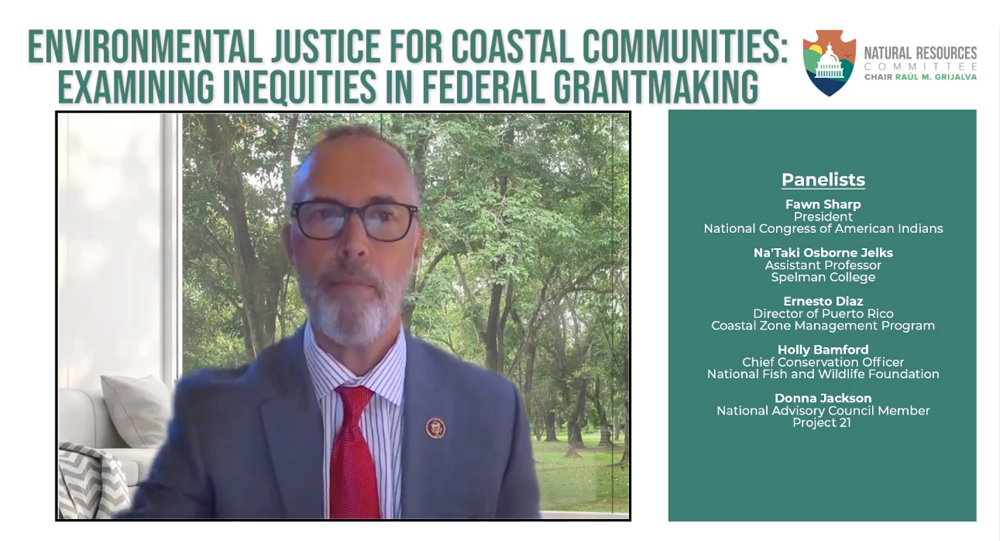 WASHINGTON- The federal government’s grant programs are failing coastal communities of color that are the most hurt by climate change, like Native Americans or Puerto Ricans, witnesses at a House oceans subcommittee hearing said Thursday.

“The communities who are affected by climate change the most should be prioritized in funding,” Na’Taki Osborne Jelks, an assistant professor at Spelman College, told the House Subcommittee on Water, Oceans, and Wildlife.

Some experts spoke from direct experience about the challenges these vulnerable communities face from climate change.

“My own nation is undertaking a relocation of one of our villages because our homes are being lost to sea level rise and storm surges,” said Fawn Sharp, president of the National Congress of American Indians. “Funding from grants is critical for us to build climate resilience.”

Many federal grants require applicants’ local, state or tribal government to partially or fully match funding provided by the federal government. This policy is meant to ensure buy-in from localities or states, but experts said that many local governments in communities of color lack the funding to match federal grants, especially in territories or tribal nations.

“In Puerto Rico, our government has been going through a fiscal crisis.” said Ernesto L. Diaz Velazquez, director of the Puerto Rico Coastal Zone Management Program. “Our ability to match federal funding in any capacity is very limited.”

Velazquez also said the aftermath of Hurricane Maria in Puerto Rico is an example of howfederal funding can fail coastal communities of color after climate disasters. According to Velasquez, Congress appropriated $61 billion for Puerto Rico’s hurricane relief efforts, but only $16 billion has actually reached Puerto Rican communities in the three years since Hurricane Maria hit.

Subcommittee members hoped the discussion would lead to substantive policy changes in federal grant programs so vulnerable communities have an equal chance at securing federal funding to build climate resilience.

The hearing, held by the Subcommittee on Water, Oceans, and Wildlife, was the last regularly scheduled House committee hearing before the November general election.