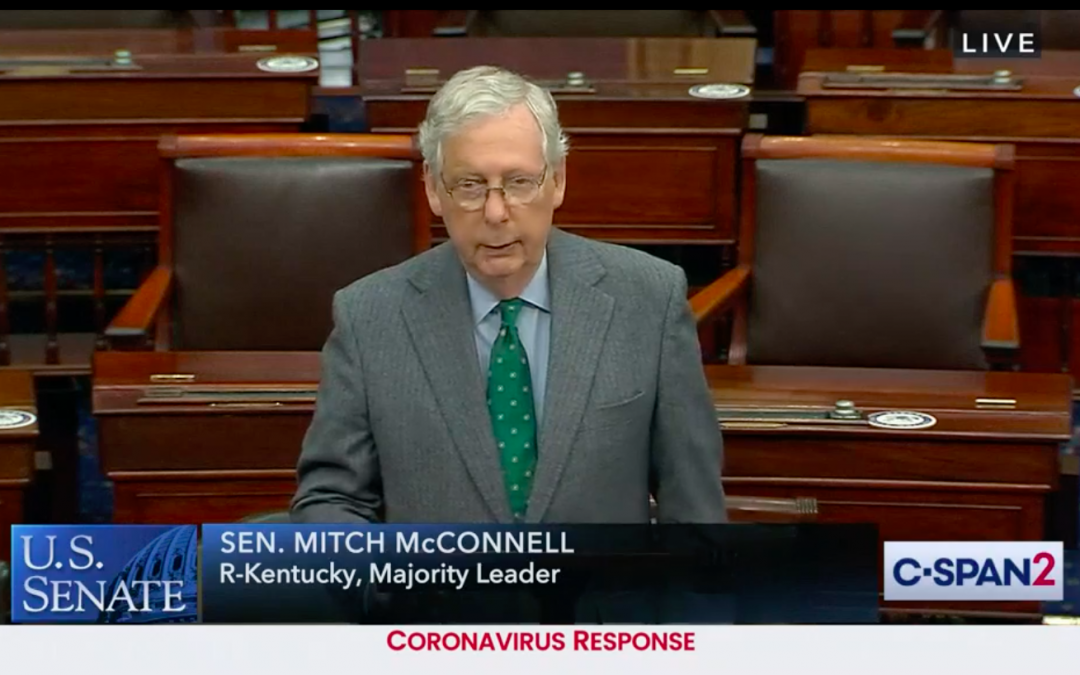 The GOP plan would have increased federal unemployment benefits, aid to schools, funding for testing and vaccine development and the Paycheck Protection Program. However, it did not include direct stimulus checks.

Speaking on the Senate floor, McConnell acknowledged the legislation was neither parties’ idea of a “perfect bill,” but emphasized the need for a compromise. “The country needs an outcome,” McConnell said. “Let’s put aside our differences, agree where we can, and move forward. Why not get the country in a better place while Washington continues to argue over the rest?”

Democrats called the vote a “political stunt” by McConnell, arguing that something is not better than nothing.

“It is just an effort to find some cover politically so people can go home and say, ‘Well, I voted for something,’” Senate Minority Whip Dick Durbin said.

“This package is missing so many key elements that we know it will not respond to this national crisis,” Durbin said. “It’s the old story of a man 30 feet from shore drowning and someone stands by the shore and tosses him a five-foot rope. It doesn’t work. It doesn’t reach. It doesn’t save him.”