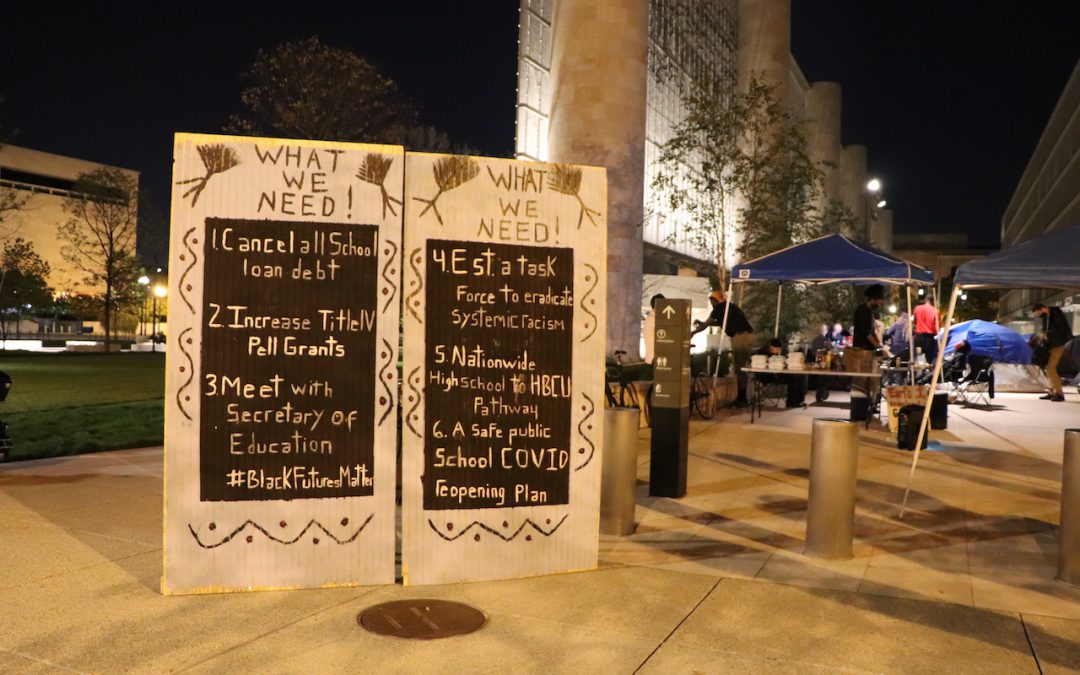 WASHINGTON — On Sunday, D.C. activists from youth-led social justice organizations banded together to occupy the space outside the U.S. Department of Education.

“Education is true liberation,” said Aniyah Vines, founder of the Live Movement and one of the event’s organizers. Vines is a junior at Howard University and hopes to increase awareness around the benefits of Black education.

With educational equity for Black people as their mission, the group plans to camp in the courtyard until their concerns are addressed. The event, which has been dubbed “Tent City” by organizers, is focused on six essential demands. They include arranging a meeting with Education Secretary Betsy DeVos, establishing a nationwide high school to Historically Black College and University (HBCU) pathway and creating a reopening plan for public schools in response to COVID-19.

Now on its fourth day, the occupation has yet to receive a response from DeVos. “Someone saw [DeVos] poke her head out a few hours ago,” Vines said. “I want to have a conversation about why she makes the decisions she makes and say ‘OK, how can you advocate for us? Because, you haven’t been doing so thus far.”’

With no plans to disband without resolution, the roughly two dozen Tent City residents have been filling their time with music, movies and civic engagement. Other local organizations have also pitched in to donate food and drinks to the group.

“I want all Black people to be able to take advantage of the resource that is education,” said Saba Tshibaka, Tent City organizer and co-founder of Black Terps Matter at the University of Maryland – College Park.

“Like John Locke said, ‘the key is education.’ It really does make a difference.”