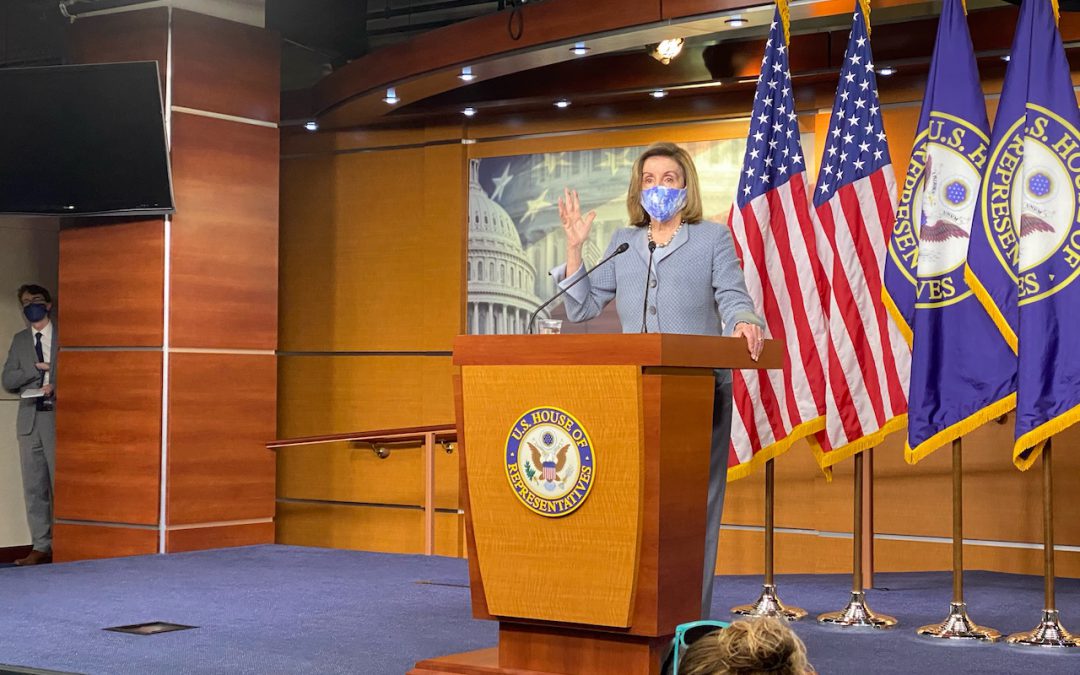 WASHINGTON –Just hours after House Speaker Nancy Pelosi sent a letter to Treasury Secretary Steven Mnuchin Thursday, she once again asked for a response from the Trump administration to her demands for state and local funding and other relief money to move forward with another stimulus bill.

The $2.2 trillion stimulus package proposed by Democrats would include a second stimulus check for Americans and extend unemployment aid. Her letter to Mnuchin said he needs to respond to her demands that the package include state and local funding to prevent devastating cuts to services, money to help schools open again safely, tax credits for working families, extended unemployment insurance, plans to keep essential workers safe and child care options.

“We are at a fork in the road. The path we have been on has taken us to a place where there are 9 million infections,” Pelosi said.

Her letter stated that 8 million people are being pushed into poverty, 17 million children are food insecure and over 23 million workers are on unemployment. She highlighted the fact that 1 million women have left the workplace during the pandemic.

Pelosi said there is still work to do when Congress returns post-election for a “lame duck” session, but she won’t settle for a bill that is not comprehensive.

“I want a bill for two reasons. First and foremost, the American people need help. They need real help, and second of all we have plenty of work to do in a Joe Biden administration,”Pelosi said.

Pelosi saidCongress will soon need to pay attention to a number of other issues, including health care and rebuilding infrastructure.

The Treasury Department has not yet responded to Pelosi’s letter.