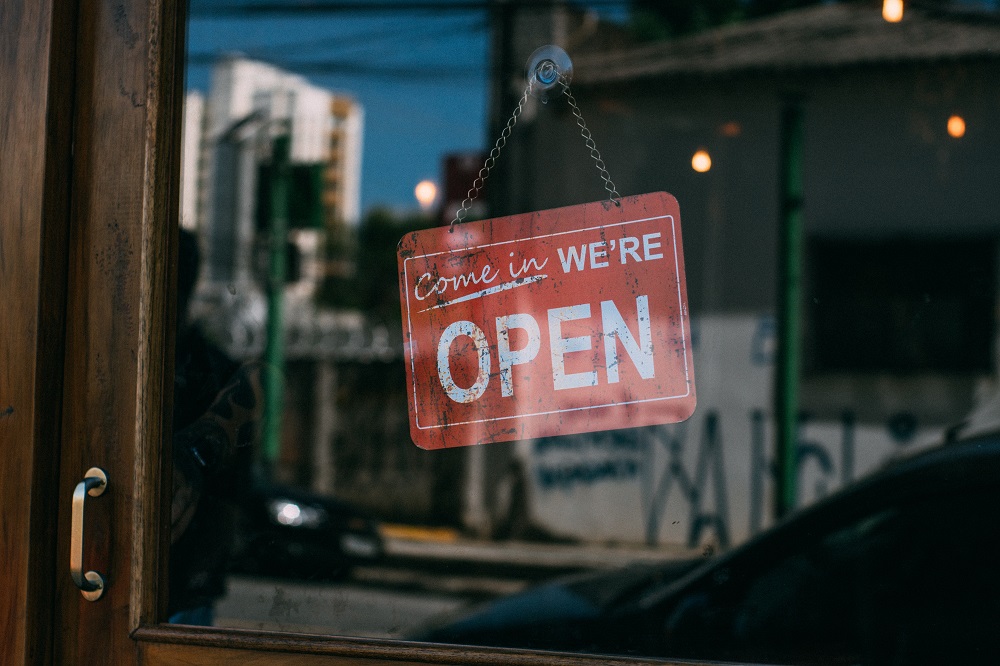 Iesha Malone wants her community to feel like home. So she has set out to create Rose Café, a bookstore and coffee shop to be stocked with books that elevate Black voices and empower the residents of her neighborhood in the southside of Chicago.

“I can only be responsible for where I currently live,” Malone said. “It’s just changing the narrative.”

Entrepreneurship carves a path toward building generational wealth while simultaneously investing in one’s community. Still, starting a business requires significant financial resources, even more so during an economic recession. Depending on the location and industry, initial costs can be hundreds of thousands of dollars.

Only 2.2% of all American businesses are Black-owned, according to the 2017 Annual Businesses Survey conducted by the U.S. Census Bureau. Systemic barriers, like loan discrimination and lack of credit access, have disproportionately hurt Black entrepreneurs looking to raise capital.

Malone faced some of these challenges. She was edged out of her planned location when another renter was able to provide an immediate down payment.

“We didn’t have any money. You know, we only had a teacher’s salary. So I’m like, ‘Dang, I’m not just going to give myself away.’ But we need to be more prepared for when somebody wants the money upfront,” Malone said.

Malone connected with the Facebook group “Boosting Black Businesses.” Members promoted her GoFundMe page, which has raised over $15,000 to support opening of her first brick-and-mortar location. She is still working to reach her goal of $75,000.

While she fundraises, Malone has moved forward with Rose Café as a virtual bookstore. It now hosts book talks and book drives to collect and distribute books for free around her neighborhood.

The wealth gap caused by historical inequities continues to factor into the lack of Black entrepreneurial resources.

One significant contributor to the wealth gap: home ownership. Aspiring entrepreneurs can increase their credit opportunities using equity in their home. According to the Census Bureau’s American Community Survey last year, 42% of Black Americans owned their homes compared with 72% of non-Hispanic white Americans.

The average white family has about eight times the wealth of the typical Black family, according to the 2019 Survey of Consumer Finances conducted by the Federal Reserve System. In this survey, wealth was defined as the difference between gross assets and liabilities.

These problems have been exacerbated by the economic impact ofCOVID-19. The number of Black-owned small businesses plummeted nearly 40% in July, according to research by University of California-Santa Cruz Professor Robert Fairlie.

“This is a very, very devastating situation for Black-owned businesses,” said Lord Mic Williams, director of communications for the Illinois Black Chamber of Commerce.

One of the main lines of federal support to keep businesses afloat was by applying for loans through the Paycheck Protection Program.

However, a study by the National Community Reinvestment Coalition, an organization that advocates for the flow of private capital into underserved communities, demonstrated that Black applicants received less encouragement, different product offerings and different information than their white counterparts.

“Many businesses and nonprofits led by people of color may lack awareness of the Paycheck Protection Program and other stimulus resources or require assistance to navigate the requirements of these programs. Moreover, traditional lenders are less likely to serve borrowers of color,” the NAACP said in a written statement.
Dorothy A. Brown, author of “The Whiteness of Wealth,” said that “banks require more from (Black Americans) than they do some of their white clients who they’ve done business with, like their parents or other extended family members who can vouch for them.”

“If you are shut out of the government response on COVID-19, then what do you do? You go to mom and pop, you go to extended family,” she added.

Economist William Darity Jr. said that businesses are often thought of as an output because they produce goods or services. However, many have parental or grandparental wealth as an input, which drives their success.

“The greater vulnerability of Black-owned businesses is a consequence of the fact that the entrepreneurs do not have any significant amount of access to familial wealth,” Darity said. “You may have very, very strong entrepreneurial ambitions, but if you don’t have that kind of financial security, then the capacity for your business to grow and to be sustained is crippled.”

According to the 2019 Survey of Consumer Finances, about 40% of Black families can ask a family member or friend for $3,000 if necessary. About 72% of white families feel they can make the same request.

“I imagine when the dust settles (from the pandemic), you’re going to have a disproportionate percentage of Black businesses that close their doors and never open again, and whatever that business could have produced in terms of wealth for the next generation is gone,” Brown said.

Malone said that starting a business is not easy, but she will continue to fundraise until Rose Café is a brick-and-mortar reality highlighting the beauty within her community.

“I am asking that Chicago come together to help start something that will hopefully inspire someone else to start building in a community that our kids must grow up in,” she said on her GoFund Me page.