In one of Virginia’s most diverse counties, immigrants are on the electoral frontlines 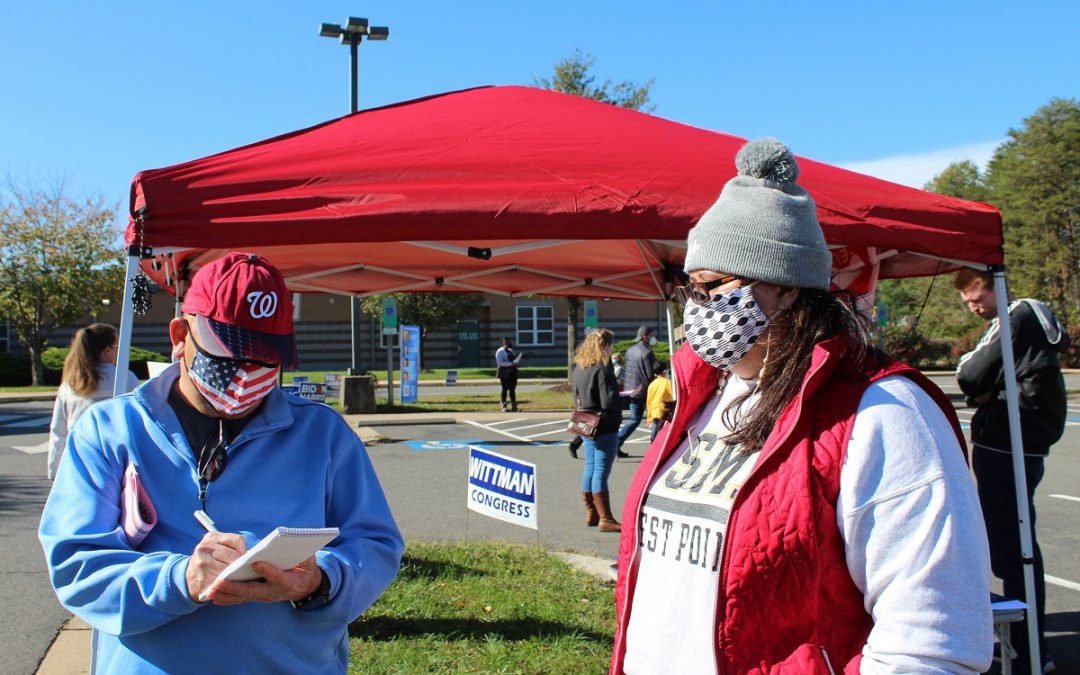 The school is in the community of Bristow in Prince William County, where nearly one-fourth of the population is foreign-born, almost twice as much as Virginia’s average. Both of the Trump poll watchers Tuesday morning were Vietnamese immigrants. Linh My Collier, 51, who has been in the U.S. since her family “fled communism” in 1973, said that she “used to be quiet behind the scenes, but not anymore.”

“I’m so thankful to be here,” Collier said. “My mom and dad left Vietnam, and the communists took everything away from my family. Twice. It’s very disheartening for me and my mother, who is also a voter and American citizen, to see that this country is moving so far to the left with the communism thing, because communism didn’t work in Vietnam.”

Virginia has the fourth largest Vietnamese population in the country at more than 53,000 people in 2010, a growth of 43% since 2000. And many Vietnamese-born voters think like Collier. 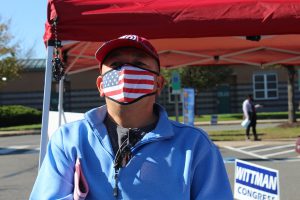 Collier said that she is concerned that her young relatives, who were born in the U.S., “don’t understand communism” and that is why they do not fear what might happen if Trump loses on Nov. 3.

“They don’t understand that in one blink of a second everything’s taken away from you, because they never experienced that,” said Collier, who has three daughters. “My mother experienced that. And my aunties experienced that. So they’re living in this wonderful country where women could do what they want and they don’t see the suppression abroad.”

Over 100 counties have become majority nonwhite in the U.S. since 2000, according to the Pew Research Center. In Prince William, the first county in Virginia to go through that process, Vietnamese Americans are not the only minority group that has been helping shape the electorate. The first majority-minority county in the state, Prince William has become 23% less white since the beginning of the century. The white-only population now stands at 42%, followed by Blacks at around 22.2% and Asians at 7.5%. More than one-fifth of the population identifies as Latino or Hispanic.

Michael Do, 49, who has volunteered as a Republican poll watcher for years, worked alongside Collier this Election Day. Do, a federal government worker, said that Trump is his “last hope” to protect freedom and civil liberties in a country that welcomed him since he left Vietnam in 1988.

“He is the awakening after (President Barack) Obama,” Do said. “He stands against China and Chinese influence in Asia, which is a very important issue for Vietnamese Americans. He also created jobs and led the peace deal in the Middle East.”

Do, who is anti-abortion and has voted conservative since he was first allowed to vote in the U.S. in 1994, agreed with Collier that the president is “protecting the country from communism,” which he experienced first-hand. “My blood is red, but my vote is red-er,” Do said.

In 2016, Hillary Clinton won in Prince William County with 57% of the votes, a 21-point margin over Trump. She beat the president statewide by a more modest margin, taking 49% of the votes.