Count Every Vote holds a rally at McPherson Square 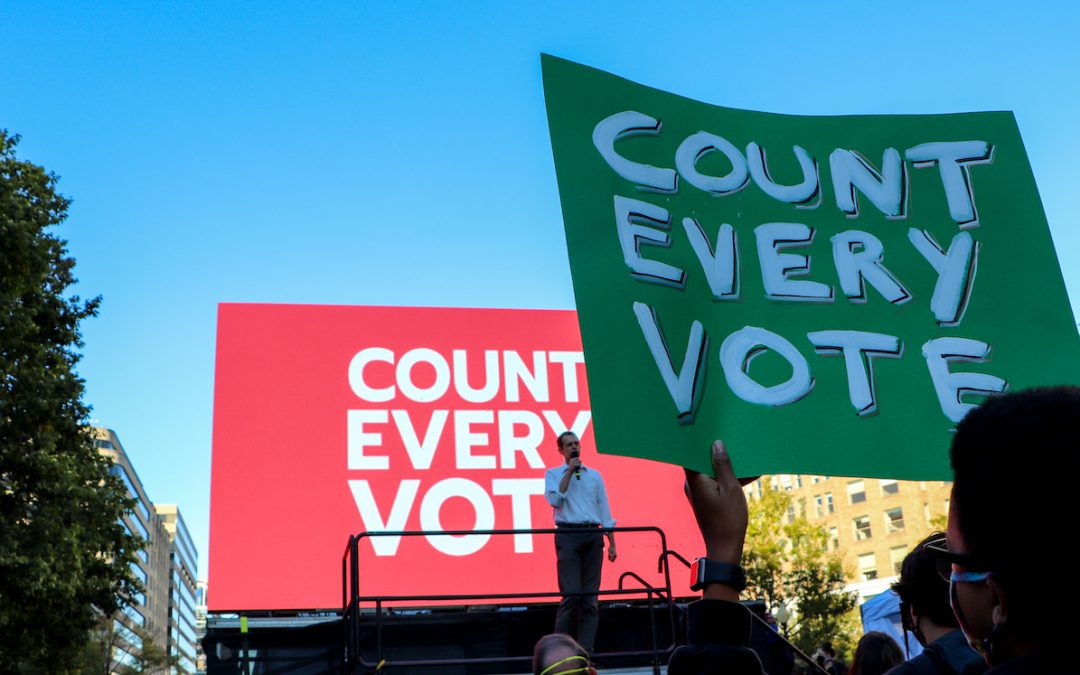 WASHINGTON — Part of a national call to action, more than 100 activists gathered in McPherson Square on Wednesday to demand all ballots in the 2020 election are counted.

The Count All Votes rally hosted speakers who emphasized the importance of voter demographics that are often underrepresented in public discourse, but have large voting blocs.

Ugandan immigrant and activist, Patricia Namyalo, said the consistent injustices in her time working in the hospitality industry motivated her to become a workers’ rights advocate with Unite Here Local 25. 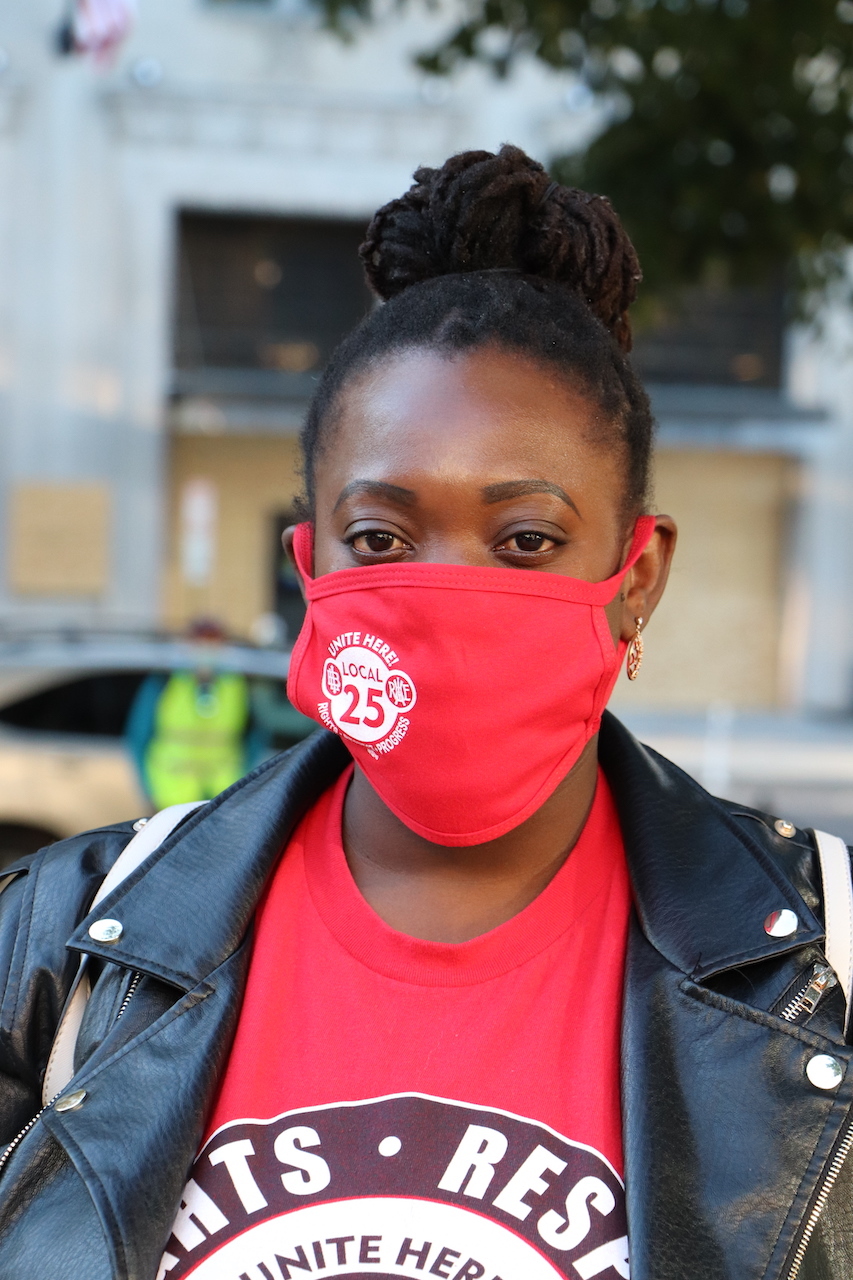 “There comes a time when the next time someone does something that’s not right to me or one of my colleagues, I’ll do something about it,” Namyalo said.

Unite Here Local 25 encourages its members to be civically engaged. Namyalo said they attended the rally because COVID-19 had a devastating impact on working Americans, and it is important for them to support a candidate that will address worker’s needs. To her, former Vice President Joe Biden is that candidate.

“Donald Trump exposed America for what it really was,” said Namyalo. “Now we know we live in a very divided country.”

Another group showing support for Biden was the progressive veterans’ organization, Common Defense. Peter Matlon, a member of Common Defense and Vietnam veteran, said the group had actions going in five battleground states. He said it is important that people know veterans fall on both sides of the political spectrum. 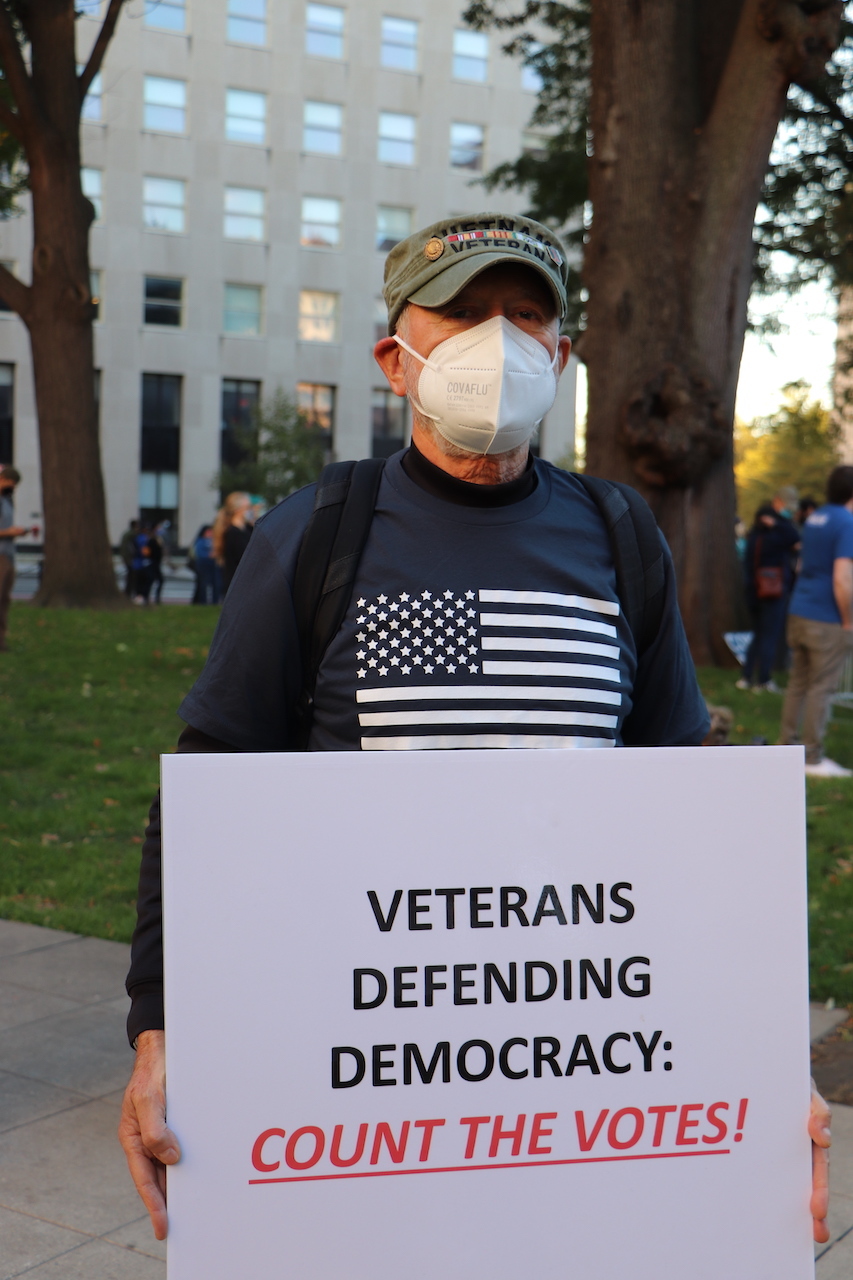 “The insults he’s made to prisoners of war, to gold star families – calling us suckers and losers — are very offensive,” said Matlon. “But he’s been offensive in so many domains over the last four years, so as veterans we’re trying to demonstrate we’re committed to a more perfect union – and that doesn’t include Donald Trump.”

As speeches concluded, attendees stayed behind to watch Biden claim victory in the state of Michigan on CNN. As of 6:30 p.m. EST, the Associated Press reported Biden has 264 electoral votes and Trump 214. 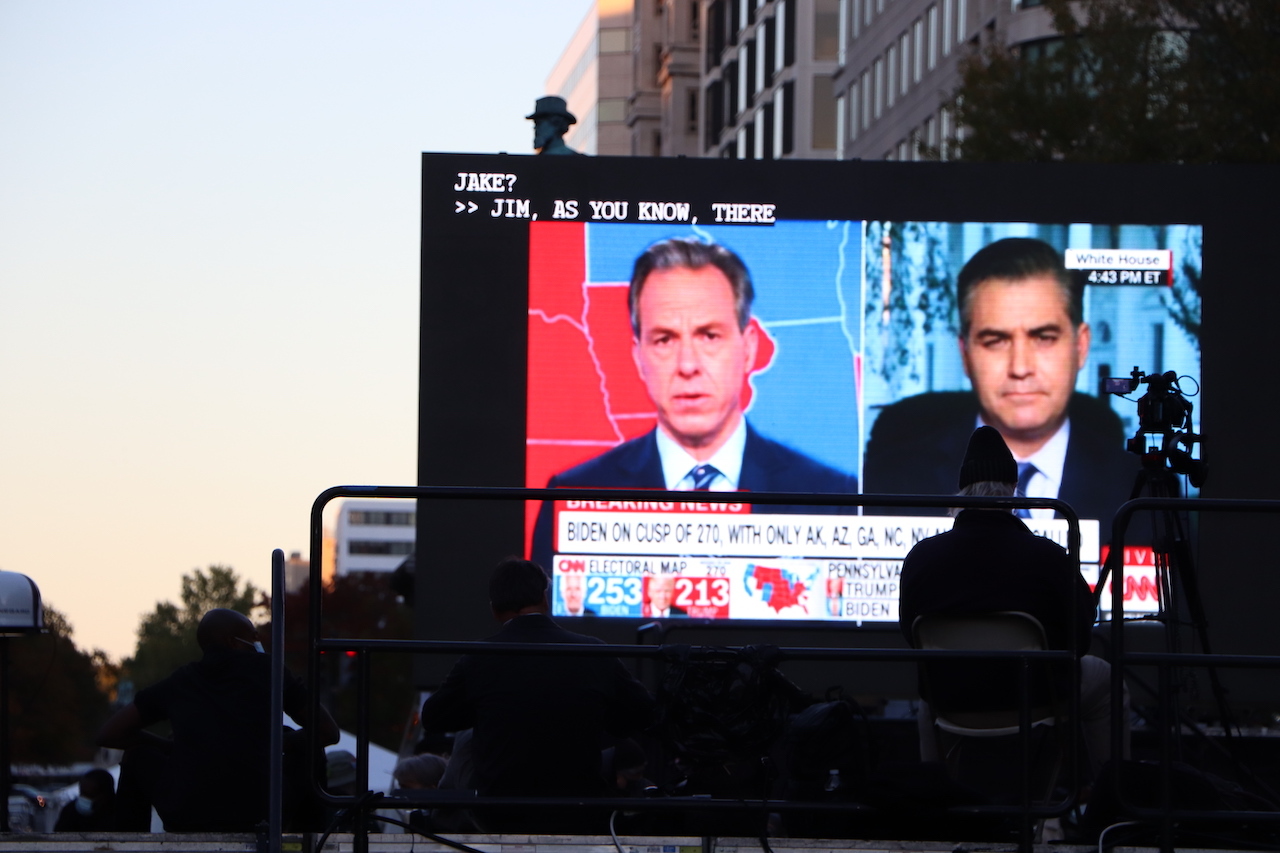