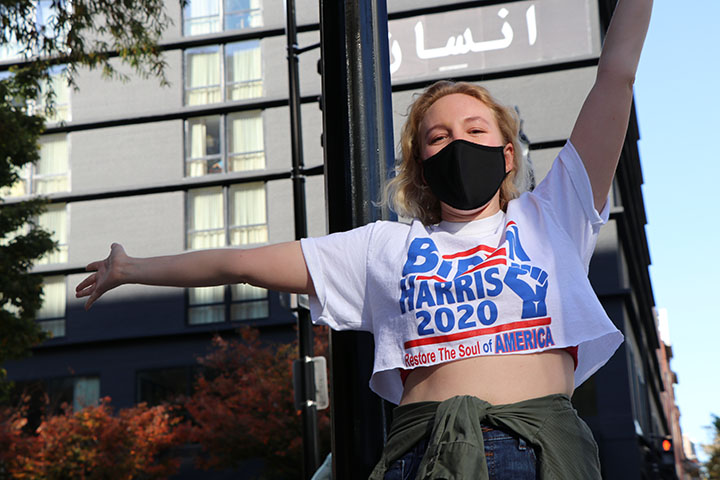 WASHINGTON — With a record-breaking 75 million ballots cast in favor of the former Vice President Joe Biden and Sen. Kamala Harris, Harris has been elected as the nation’s first woman and first Black woman as vice president.

After CNN formally called the election on Saturday, residents celebrated in Washington by honking car horns, chanting, popping fireworks and playing music. At Black Lives Matter Plaza leading up to the White House, the crowd grew as visitors and residents arrived to celebrate the formal announcement.

“I’m happy to have the first woman in the White House as the vice president, even more excited that it’s an African American woman as I’m Black myself so I wanted to come out and show my support for this moment,” Megan Thomas, a Washington resident, said.

Harris, daughter of a Jamaican father and Indian mother, will be the first female and first woman of color to hold the second highest ranking position in America. Her leadership comes at a time when racial injustice has become a central issue.

During President Donald Trump’s time in office, increased awareness of police brutality brought racial injustice to the forefront of the conversation. The killings of Breonna Taylor and George Floyd sparked what many consider the largest civil rights movement in recent history as many Americans demanded change.

“Just making the statement that we don’t need to live the way we’ve been living [the past four years]. I think that’s the biggest symbolic representation of all of it [Harris winning],” said Megan Troke, an American University student. “That’s what made me cry today – realizing that we have a woman. A woman of color and a daughter of immigrants. That’s just so special, to everyone.” 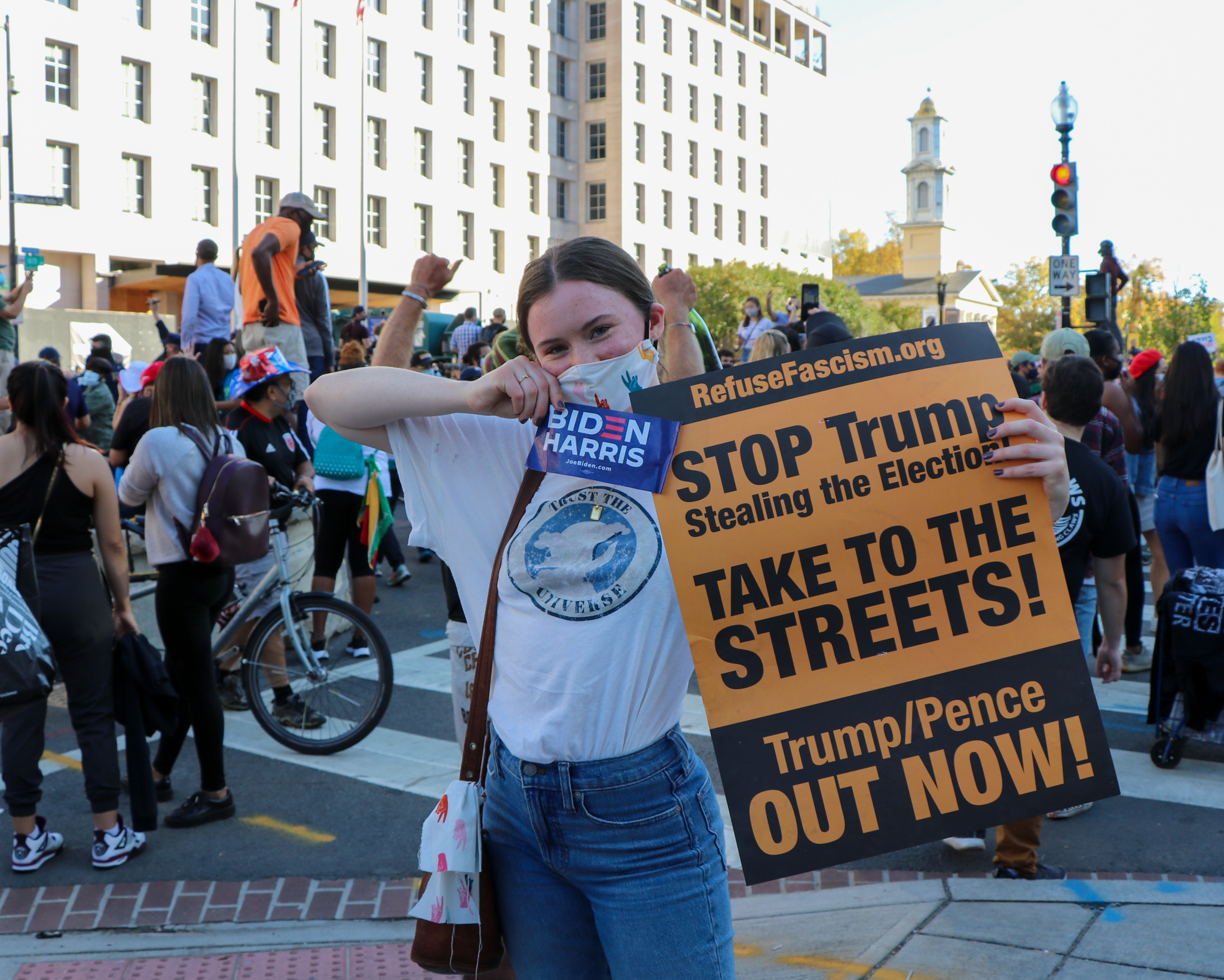 “Black women are the backbone of this country,” Harris said in her acceptance speech introducing the president-elect on Saturday in Wilmington, Delaware. “Every little girl watching tonight sees this is a country full of possibilities.”

Kyle Aarons had tears in his eyes as he talked about Harris being elected and its significance. He said this moment is an example that a person’s demographics shouldn’t restrict them from exceeding barriers.

“It sets an example for young people, and for everybody, that it doesn’t matter what you look like or where you came from,” Aarons said. “The best people are going to rise to the top no matter what they look like.” 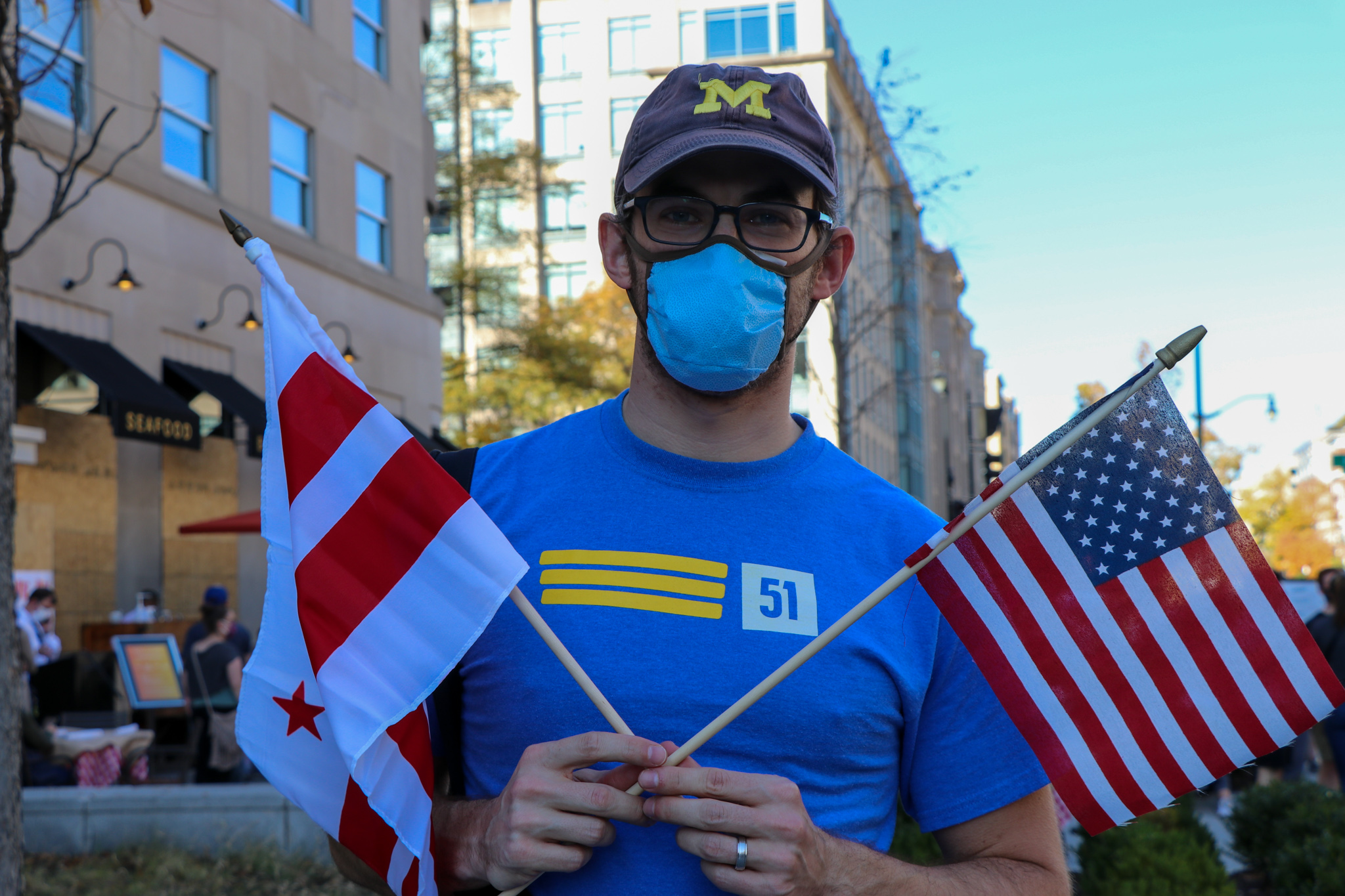 Many said that Harris will be a role model for the younger generation, especially for women of color.

“It’s beyond words for [my daughter] to be able to grow up in a world to know that that’s possible, and maybe in a few years Kamala will be president,” Dax Devlon-Ross said. 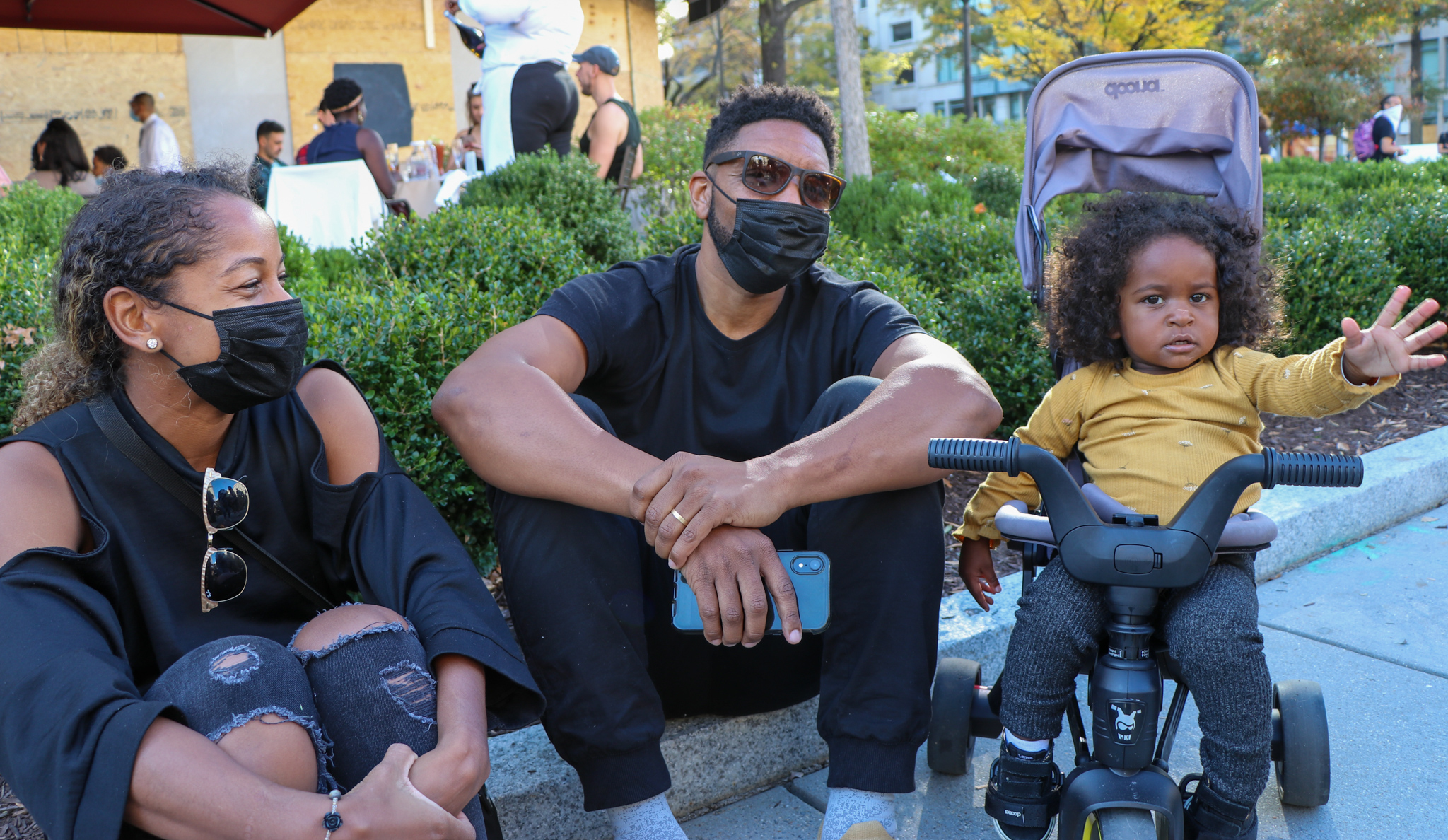 Candi Williams, an alumna of Harris’ alma mater, Howard University, a historically black university in Washington, said that she is also excited for the younger generation to see a woman of color in the White House. 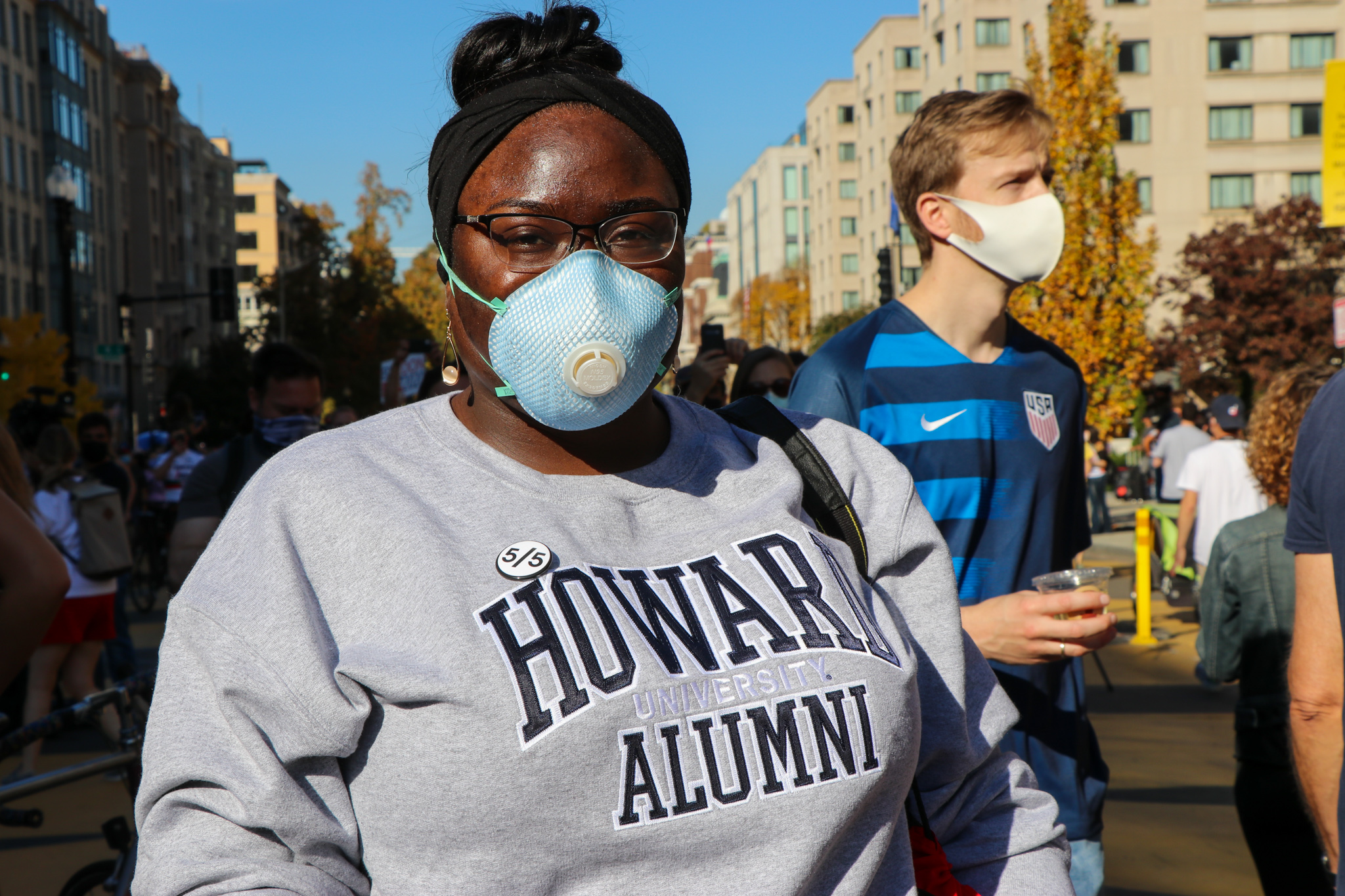 The crowd continued to grow throughout the day as people celebrated on Black Lives Matter plaza holding pride signs and posters, such as those reading “You’re fired” and “Biden-Harris 2020.” 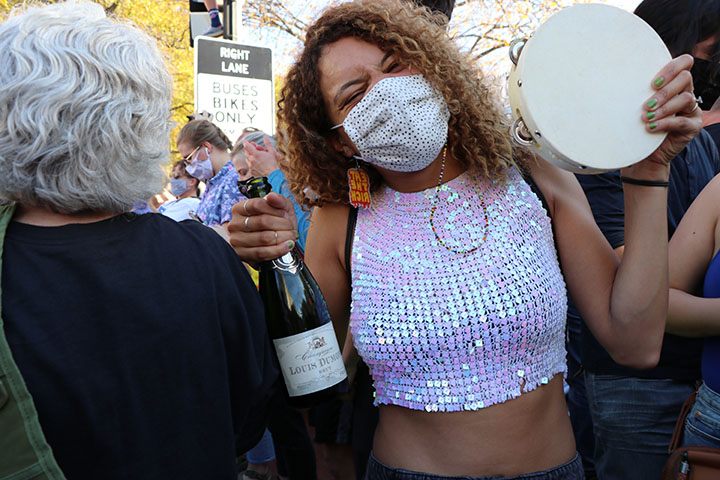 Jesse Walker said the atmosphere felt like she was around family at Black Lives Matter plaza.

“I’m out here because I’m a Black, Jewish woman and was so oppressed by Donald Trump’s regime. I’m so ready to be people who care about freedom and justice,” Walker said.

Amid a historic moment, several said that there is still considerable work to be done, especially because over 70 million people voted for Trump in this election. 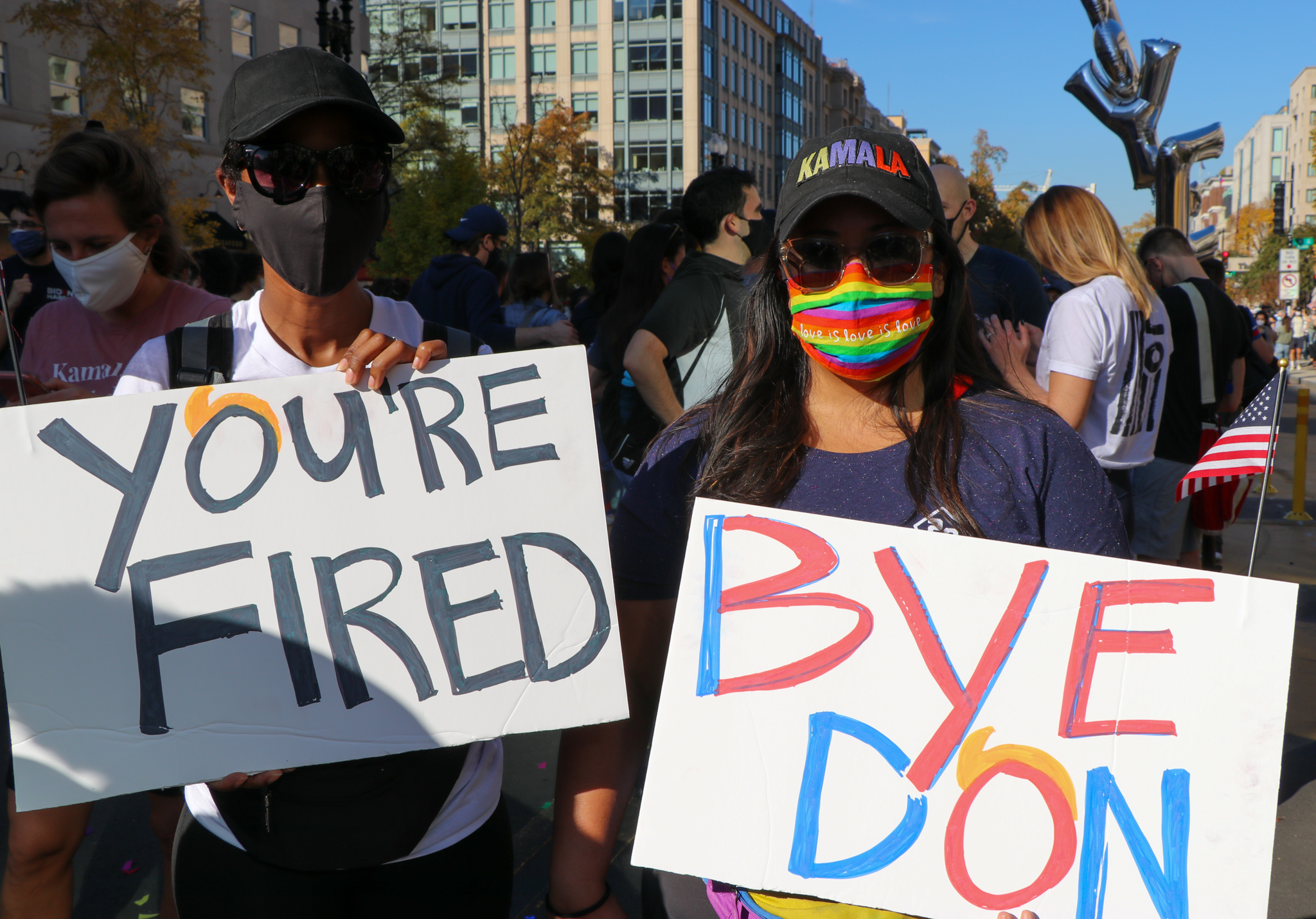 “Hopefully the issues that are prominent to people of color and women as well will be prominent in the White House over the next four years,” Thomas said.

Others have emphasized that even with Harris in office, prejudices will continue to be rampant in American society. 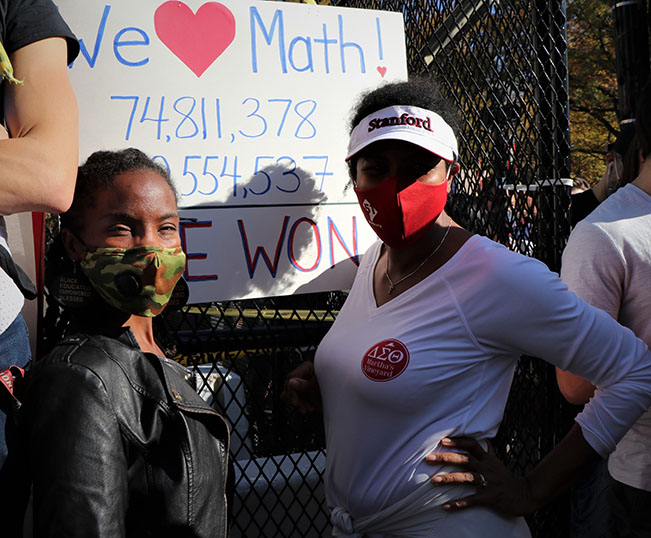