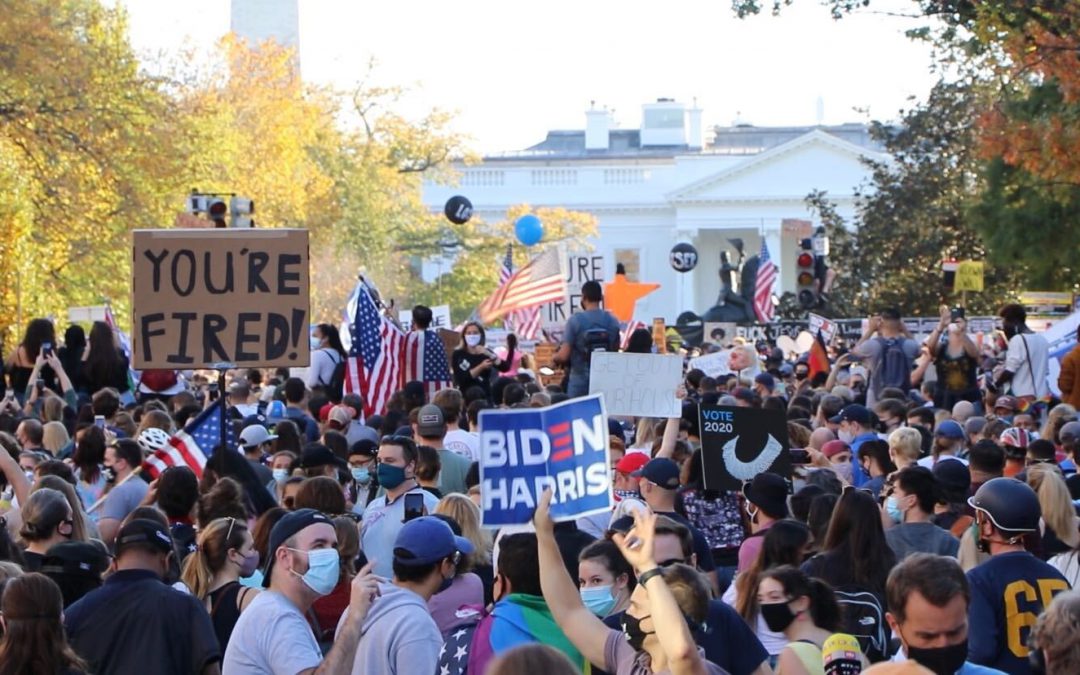 A large crowd gathered outside the White House on Saturday to celebrate Biden's win. (Amanda Rooker/MNS)

WASHINGTON — Democrat Joe Biden was projected to have won the presidency Saturday afternoon, defeating President Donald Trump to become the 46th president of the United States. Speaking for the first time as President-Elect, Biden pledged to “seek not to divide but to unify” and reached out to Americans that did not vote for him.

“I’m a proud Democrat, but I will govern as an American president,” Biden said in his victory speech Saturday night. “I’ll work as hard for those who didn’t vote for me as those who did.”

California Sen. Kamala Harris introduced Biden and touched on her historic achievement as the first woman and person of color to be elected vice president. “While I might be the first woman in this office, I will not be the last. Every little girl watching this tonight sees that it is a country of possibilities.”

Celebrations erupted across the country, including DC, where thousands filled the streets for a national block party. Demonstrators expressed hope for a time of healing in America — a central tenet of the Biden Harris campaign — and celebrated in the streets of DC until late Saturday night, cheering, chanting and dancing.