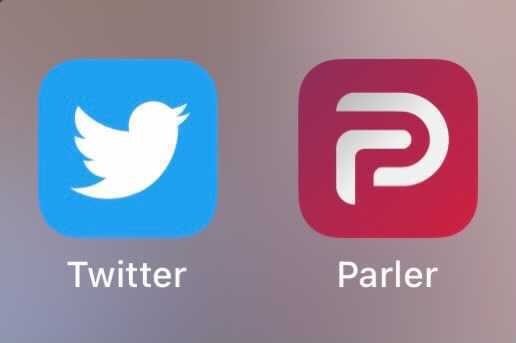 WASHINGTON — As Twitter and Facebook cracked down on the spread of election misinformation in recent months, conservatives flocked to Parler, an app that has no regulations about posting misinformation.

The app jumped to the number one spot on the most downloaded chart in the App Store this weekend and continues to gain popularity.

Some feel that the increasing membership of Parler contributes to the already prevalent political divide throughout the nation. Josh Pasek, assistant professor of communication and media at the University of Michigan, said the platform encourages hyper-partisanship and creates a “dangerous environment.”

“It’s [an environment] where it’s possible to do things like disbelieve the election results because you don’t know anyone on the other side so how could they have possibly won?” Pasek said. “It invites a further deterioration of already problematically low trust in institutions in US.”

In a survey by Pew Research Center, 64% of Americans said that social media has a negative impact on the way things are going in the country. They mostly attribute this to the spread of misinformation, hate and harassment.

Last week, President Donald Trump tweeted a series of statements claiming widespread election fraud, many of which were flagged by Twitter as citing false information.

Conservative political figures like Sen. Ted Cruz and pundits have since called for a transition to Parler to avoid these information regulations.

I’m proud to join @parler_app — a platform gets what free speech is all about — and I’m excited to be a part of it. Let’s speak. Let’s speak freely. And let’s end the Silicon Valley censorship. Follow me there @tedcruz! pic.twitter.com/pzUFvhipBZ

The Parler community guidelines state that they are legally required to exclude content posted by terrorist organizations, child pornography and information that includes copyright violations. Besides that, it aims to “create a social platform in the spirit of the First Amendment to the United States Constitution.”

Pasek said that the First Amendment is intended to limit government control of speech. He said that private companies, like Twitter and Facebook restrict dialogue that may incite violence or broadly mislead people out of public safety concerns.

“While freedom of speech is obviously important, there needs to be some gatekeeping on some level for what is reasonable public discourse or it is very hard for people to disentangle truth from fiction,” Pasek said.

In response to the recent growth, Parler CEO John Matze said, “Facebook and Twitter’s suppression was a catalyst, causing many people to lose their trust. But the movement away from these platforms was already well underway.”

Although Parler and similar niche social media outlets have increased in popularity over the past few months, several experts said they don’t currently view them as a threat.

Koko Koltai, postdoctoral fellow at the Center for an Informed Public at the University of Washington, said that these types of platforms are only attractive to a certain demographic, which is people who have encountered censorship from sharing misinformation and feel like their voices are not being heard.

“It’s people who have had these negative experiences on platforms. I don’t think your average user is going to walk over to Parler,” Koltai said.

Experts said that it is too soon to tell whether Parler will increase the number of people who distrust the election results.