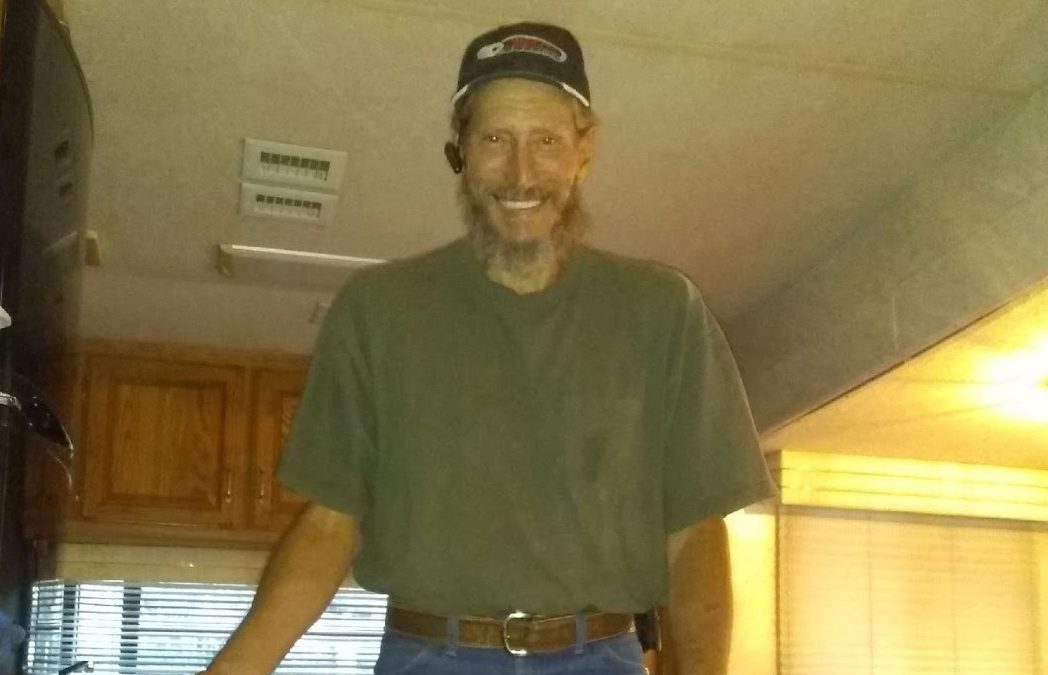 WASHINGTON – A year after leaving prison, Michael Lynam, 63, works at a car lot and remodels houses in St. David, Arizona. He and his wife care for his 90-year-old father who they put up in a travel trailer next door to their RV.

In many respects, he’s no different than his neighbors. But Lynam recently served over a decade of his 12.5-year sentence for drug and gun charges and was released on parole about a year ago – and that meant he couldn’t vote in the 2020 election.

Felony disenfranchisement laws barred 5.2 million Americans, like Lynam, from voting in the 2020 election. Four million who have been released and returned to their communities are still “banned from voting,” according to the Sentencing Project.

Felony disenfranchisement laws vary extensively from state to state. Laws range from those in Vermont and Maine, where incarcerated people can vote in prison, to states like Wyoming, where even people convicted “for the first time of a nonviolent felony” must wait five years after their sentence is completed to have their voting rights restored.

Though many states still require people with a felony conviction to complete prison, parole, probation and even sometimes a few more years prior to beginning the reenfrachisement process, several states have loosened voting restrictions.

In fact, the number of people disenfranchised due to a felony conviction has decreased from 6.11 million people in 2016 to 5.17 million people now a drop of about 15 percent, according to the Sentencing Project.

Florida made national headlines for approving a constitutional amendment allowing felons to vote, with the exception of those convicted of murder or a felony sexual offense. However, a 2019 law required formerly incarcerated felons to pay court fees, fines and restitution prior to being eligible to vote.

“I’ve actually found it really frustrating that since the election, so little attention has been paid to felon disenfranchisement, especially considering what went on in Florida,” Wang said. “You do realize hundreds of thousands of people were disenfranchised between 2018 and 2020 by the Florida governor and state legislature. If you want to look for the vote suppression that happened this year, look at that.”

“(Corrections) told me I couldn’t vote or do anything. And I didn’t know anything more,” Lynam said.

Lynam was arrested again in 2008, making his path to the polls much more complicated.

After a second felony, voting rights are no longer automatically restored. Instead, there is a two-year waiting period from the date of absolute discharge to apply for restoration through the court system.

An estimated 126,873 Arizonians were ineligible to vote this year due to post-sentence restrictions, more than triple those disenfranchised in Arizona prisons. Only 31 Arizona ex-felons have had their voting rights restored from 2010 to 2015, according to estimates from The Sentencing Project.

Lynam feels that as an active participant in his community, and society, his inability to vote is unfair.

“The sad part of that is, if I’m out here making money and supporting my city, county, state – I have no decision-making power,” Lynam said. “But I’m out here paying taxes. I disagree with that. I think as soon as you’re released, then you should be able to [vote].”

Lynam, like many other returning citizens, balances trying to get his life back together with the disconnect that comes from reentering society.

“There is that sense of disaffection,” Wang said. “Feeling like, you know, ‘They threw me out and kicked me out of the society, so to hell with them.’”

Even when people with a felony conviction are enfranchised again, though, they may not vote. Complicated voting laws mean that people are worried that their vote may be illegal, and formerly incarcerated voters may be jaded, according to Leonie Huddy, political psychology expert and State University of New York at Stony Brook University professor and chair of the political science department.

“I can imagine someone who feels they were unfairly imprisoned or convicted or has seen at firsthand problems with the criminal justice system, may be quite jaded and have little trust in societal institutions or the notion that a change of government would fix anything,” Huddy said.

Allowing formerly incarcerated people to vote allows them to have a stake in their future success, both personally and civically, said Christina Mancini, an associate professor at Virginia Commonwealth University whose research focuses on understanding the emergence and efficacy of crime laws.

“(The vote) is kind of a modern scarlet letter. It signifies that, yes, you’ve made a mistake, we’ve punished you, we’re welcoming you back in society, but your voice actually does matter,” Mancini said.

Mancini said that if people with prior felony convictions feel that they’re being counted and that they have a stake in society upon release, they’re more likely to conform to societal norms and recidivism reduces.

Even while he was in prison, Lynam served as a tutor and peer facilitator, working to educate his peers. He said that incarcerated people have a better understanding of life due to their experiences.

“There’s so much wasted talent in prison,” Lynam said. “That’s why I say I think felons should be voting 100%. We have a lot more time to study what’s going on and we read things. We understand a little bit more.”

Madison Muller contributed to this report.