Do politicians care about people like me? Nonvoters say no.

Monica Elifritz has never registered to vote and prefers not to pay attention to campaign advertisements. (Courtesy Monica Elifritz)

WASHINGTON – Eight in 10 Americans who didn’t vote in the presidential election said that traditional parties and politicians don’t care about people like them, according to a Medill School of Journalism/NPR/IPSOS survey. But voters weren’t far behind – seven in 10 agree that there is a disconnect between politicians and the public.

Salem, Indiana resident Monica Elifritz, one of those surveyed, believes that people in Washington will never try to understand her. The 58-year-old was injured on the job in 1997 when she was working as a truck driver. She loved driving trucks and the paycheck that allowed her to provide for her children. Now she relies on disability payments to get by. She has never registered to vote and firmly believes that neither Joe Biden, now the president-elect, nor President Donald Trump deserved her support this year.

“There is not enough empathy for people with less,” Elifritz said in an interview.

Elifritz said she doesn’t think she will have a bright future because the odds are stacked against her, but she tries to live each day with a positive attitude, which includes avoiding campaign advertisements.

“They just attack each other. I don’t like to live in the negative. It makes you sad. It’s boring and stupid,” Elifritz said adding, “I prefer to live in my positive little world.”

But even though voters agreed with nonvoters on this topic – with 73% of voters saying that traditional parties and politicians don’t care about people like them compared with 80% of nonvoters – they still cast ballots this year. 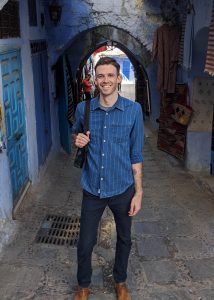 Andrew Maguire believes we can’t put all the pressure on the politicians to make things better and considers voting for the best option his duty. (Courtesy Andrew Maguire)

30-year-old North Carolina voter Andrew Maguire, who also participated in the survey, never questioned whether he would vote. He was passionate about casting a vote for the candidate who aligned with his stances on topics like civil rights, climate change, gun control and immigration.

Maguire currently works as a project manager for a global development program and considers himself a “policy nerd.”

He supported Sen. Elizabeth Warren in the primaries but was happy to cast his vote for Biden on Election Day. As a gay man who comes from a family of immigrants, he said, he was “especially motivated to vote against Donald Trump.”

“Even when we feel frustrated and don’t feel represented, the only way we are going to be able to get closer to feeling more represented is by adding our voice,” Maguire said.

Virtually all nonvoters said they did not try to vote in person this year. Ronald Moore, a 56-year-old resident of Brownsburg, Indiana, is among the 2 percent who said they did try, but something prevented them from casting a ballot. Moore said he got in line four times, but left because he couldn’t wait. Moore drives a truck to deliver automotive parts to warehouses. He has traveled to each of the contiguous states more than three times over his career and spends long hours on the road. 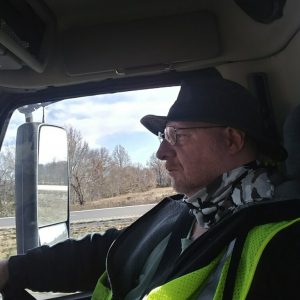 Ronald Moore says he got in line to vote four different times but left because of long lines. (Courtesy Ronald Moore)

Moore said he would have voted for Trump if he had made it through the voting line, but did not consider voting by mail. He called this method “a big rig job.”

Moore cites the Second Amendment and the economy as issues that matter to him.

Moore praised Trump’s work on the economy before the pandemic and said he admired Trump for not accepting his presidential paycheck.

“People like Biden, (House Speaker Nancy) Pelosi and them, you don’t hear of them giving any money away,” Moore said.

One solution nonvoters embrace is increasing the choices on the ballot. Sixty-four percent of nonvoters agree there should be a third major political party. 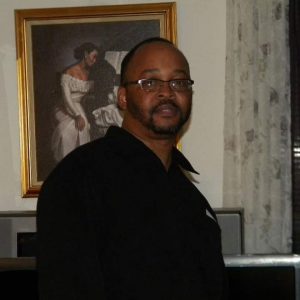 Danny Fennell says he is glad Trump didn’t win a second term, but hopes Biden will achieve more than he has in the past. (Courtesy Danny Fennell)

Richmond, Virginia resident Danny Fennell, 59, works as a security guard Monday through Friday. He said he would have been willing to vote for Sen. Bernie Sanders in the general election, although he admitted he didn’t vote in the primary when Sanders was on the ballot. Fennell considers himself a Democrat. He said that Democrats need to stop simply counting on votes from members of their party. He described Biden as a career politician who hasn’t been able to get much done.

“He’s been in the political arena for years and maybe he will be able to do a little more now,” Fennell said.

As a Black man in America, Fennell explained that “my main problem with Trump is this racial undertone that has been pervasive during his whole tenure.”

Laurel Harbridge-Yong, a Northwestern University professor and voting expert, said both voters and nonvoters often feel there isn’t a candidate who represents their viewpoint in today’s polarized environment.