Some Evangelicals Condemn Violence Yet Cling to Election Conspiracies 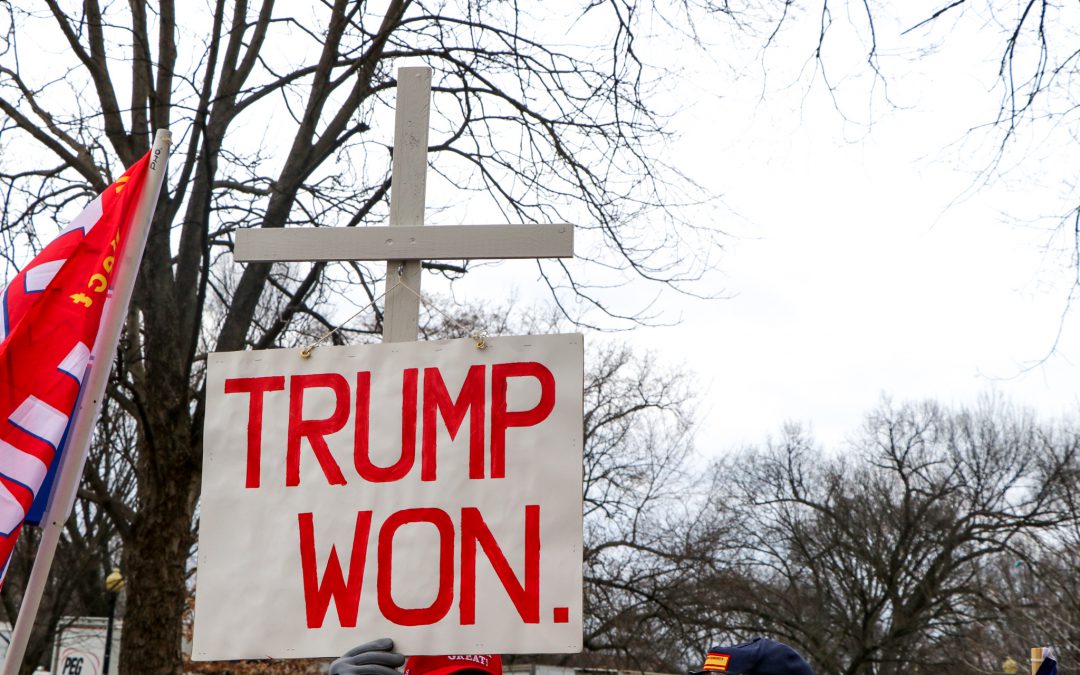 WASHINGTON — As pro-Trump rioters broke into the Capitol on Wednesday to stop members of Congress from certifying the results of the 2020 election, some evangelical leaders denounced the violence — including elected representatives who continued to support President Donald Trump’s debunked claim that the election was “stolen.”

“Every American has the right to exercise their First Amendment rights, but violence and destruction are never the answer,” Rep. Jackie Walorski (R-Ind.) tweeted shortly after the Capitol was locked down. “Stop these attacks on our country now and keep the protests peaceful.”

“The violent rioting on Capitol Hill is appalling and must stop!” Rep. Vicky Hartzler (R-Mo.) also tweeted in condemnation. “This is thuggery and violators must be punished to the fullest extent allowed under federal law.”

In the days leading up to the certification, both Hartzler and Walorski had pledged to object to the certification of the electors’ votes in Arizona and Pennsylvania. Though some members of Congress withdrew their objections after the attack on the Capitol and urged Trump to accept defeat, both Hartzler and Walorski were among those who maintained their objection.

Other pro-Trump evangelical leaders condemned the violence, but blamed the situation on anxiety over President-elect Joe Biden’s inauguration and continued to express unsubstantiated claims about election fraud.

“It’s deeply disturbing that we have a large rally that has turned into semi-violent protests,” said Dave Welch, a pastor and the Texas-based president of the U.S. Pastor Council, a conservative evangelical organization dedicated to restoring “Christ-centered citizenship” and known for campaigning against LGBTQ rights. “I don’t think anybody reasonably wanted to see this,” he told Sojourners.

Welch, who has supported Trump throughout his presidency, said that he and many other evangelicals have legitimate concerns about election fraud that have largely been ignored. This led to the “frustration” and “lawlessness” seen at the Capitol this week, he added.

Welch also accused Biden and the Democratic Party of using a liberal agenda “to silence churches and take away freedoms from those who believe in traditional family.”

The evangelical vote played a significant role in electing Trump in 2016 and has remained a stalwart of support throughout his presidency. Outspoken evangelical Trump supporters, including Trump campaign donor Mike Lindell and televangelist Mark Burns, participated in the protests leading up to the attacks; some carried large crosses or religious texts while they breached the Capitol complex.

But even some of his most devout supporters have said they disagree with his latest attempts to question election results.

Evangelical senators like Sen. Tim Scott (R-S.C.) and Sen. John Thune (R-S.D.) have supported Trump throughout his term but now want the president to accept his defeat.

“The violent behavior at the Capitol is inexcusable and disgusting, but we won’t be deterred from our Constitutional duty,” Thune tweeted during the conflict. “We need to work together to protect our democracy. Please pray for our country.”

Vocal Trump supporter and televangelist Pat Robertson, who previously suggested that going against Trump was “revolting against what God’s plan is for America,” recently said in a CNN interview that the president is living in an “alternate reality” and that the election is “all over.”

Some scholars attributed Wednesday’s attack on the Capitol to the “legacy of white supremacist Christianity.”

Robert P. Jones, founder of the Public Religion Research Institute, told Sojourners that the country on Wednesday saw “our Capitol Building being stormed by folks who likely overwhelmingly identify as white and Christian, while carrying Confederate flags.”

To overcome that, Jones said, the U.S. needs to come to terms with its Christian past rooted in white supremacy. “I think the biggest thing we’re still missing is a facing of our history, particularly by white Christians,” he said. “There’s been so much denial among white Christians about this history, and so a little reform.”

Other evangelical leaders agree with Jones that the Christians who stormed into the Capitol do not represent Christian values. Evangelical writer Lisa Sharon Harper, a vocal critic of Trump whose work lies in the intersection of faith and social justice, told Sojourners that many religious Trump supporters “take things out of context” to justify white supremacy.

“They’ll say, because slavery is in the Bible, it is biblical, not recognizing the reality that in every case, the ‘slavery’ as mentioned is actually God trying to bring somebody out of it,” Harper, who is the author of Evangelical Does Not Equal Republican…or Democrat, said.

“You can make the Bible say anything you want, quite honestly, if you lift things out of context.”