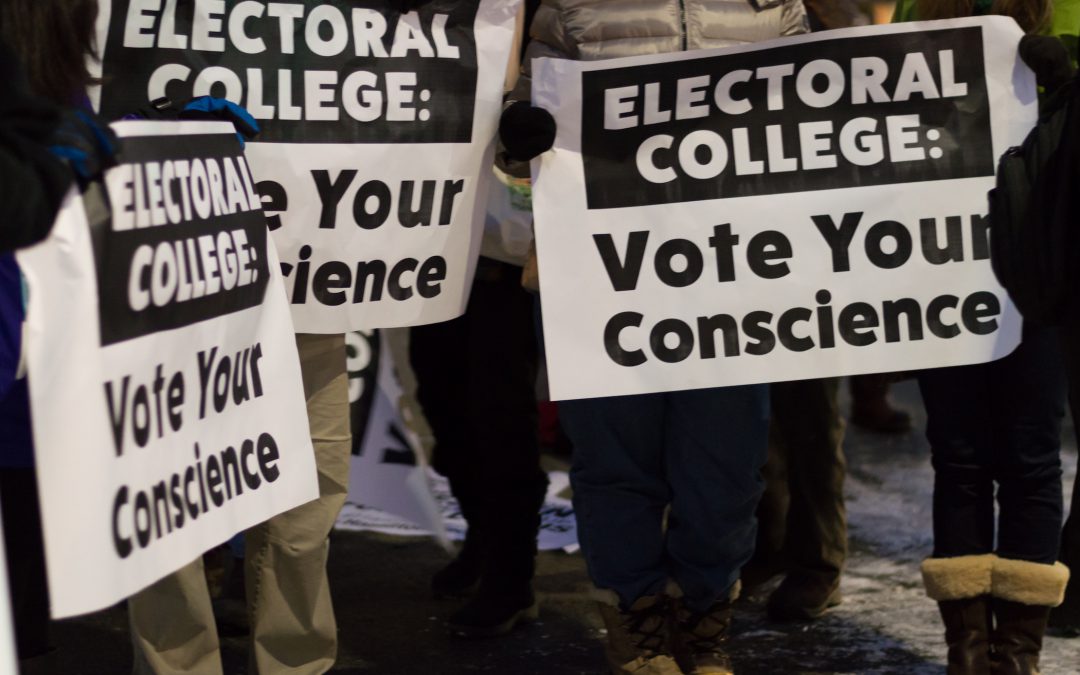 WASHINGTON – Some of the Maryland electors who cast their Electoral College votes Dec. 14 called Wednesday’s riot by a pro-President Donald Trump mob inside the Capitol that temporarily stopped certification of electoral votes embarrassing and heart-breaking.

While remembering how historic casting the electoral vote felt, they said Thursday that the Capitol breach tainted their previously hopeful outlook.

When he saw the attack Wednesday, “I was sad and embarrassed for our country,” Hunt said. “Today I am angry. Angry at the terrorists who ransacked our Capitol, angry at the president who set them to the task and angry that our politics have descended into unfounded conspiracy theories and vilification of opponents.”

Elector Corynne Courpas, treasurer of the Carroll County Democratic Central Committee Courpas was worried about how divided the U.S. has become.

“It absolutely is heartbreaking. I cried yesterday, more than I’ve cried in a long, long time. I cry for a lack of respect for our system, which, you know, has always worked. I cried for the discord among people in otherwise-like communities,” Courpas said. “This is not good guys versus bad guys. This is people I have known and worked with, in other capacities, my whole life.”

“I hope we will learn from what happened today – the mob attack on this Capitol – the price we pay when we don’t stand up for the truth and for democracy,” Van Hollen Jr. said, in part, “My colleagues, this is a test of whether we will unite to keep our republic. I hope we will pass the test together.”

Though casting electoral votes looked different this year because of COVID-19 precautions, many Maryland electors felt optimistic as they cast their ballots in the Maryland State House in Annapolis in December.

Courpas said that the vote was “the epitome of [her] career as a volunteer in the Democratic Party,” despite changes due to COVID-19.

“The whole day was very different than it would have been in previous years, obviously, because of COVID,” Courpas said. “We were masked, we did not have a gathering afterward as what have been the tradition in the past, you know, a luncheon or something. So that was missing, but there was something special about being an elector this year.”

Hunt said that he “felt grateful to be part of the Maryland Electoral College and honored to represent Garrett County.”

“Congressman David Trone described the ceremony as a ‘…sacred Constitutional duty’, and it certainly felt like it was,” Hunt said. “There was a sense of seriousness and duty in the room. We were all Democrats but it did not feel partisan. We were there to reflect the wishes of the voters, not to continue the campaign.”

Elector Peter Perini Sr., former chair of the Washington County Democratic Central Committee, described the morning of the vote in his op-ed: “It was a chilly and rainy morning in Annapolis as I arrived for the 2020 meeting of the Maryland Electoral College, but it was warm and sunny in my heart.”