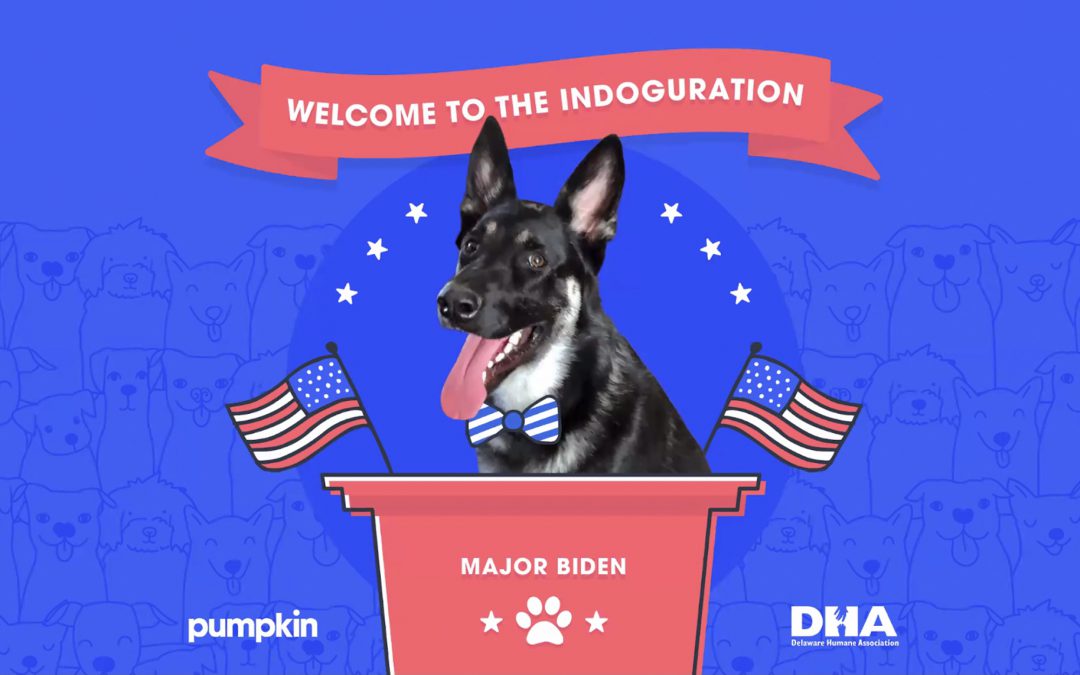 First dog-elect Major Biden’s journey from a shelter to the White House is proving that anything is “pawsible.”

The Delaware Humane Association and Pumpkin Pet Insurance hosted the first “Indoguration” ceremony on Sunday for Major, a German Shepherd President-elect Joe Biden and his family adopted from DHA in 2018. He will be the first dog rescued from a shelter to live at 1600 Pennsylvania Ave.

Major didn’t attend the dog inauguration because “he and Champ are hard at work in preparation for their big move this week,” said NBC “Today” show’s Jill Martin, who emceed the ceremony.

Champ, who is also a German Shepherd, has been a part of the Biden family since 2008.

“Our shelter is just across the Christina River from the famous Amtrak station where President-elect Biden boarded the train to Washington throughout his many years of public service,” DHA Executive Director Patrick Carroll said during the virtual ceremony.

People logged on from across the country to watch the “Indoguration,” which raised over $100,000 for the DHA, a nonprofit no-kill animal care and adoption center.

Participants had the chance to nominate their own animals for a position in Major’s cabinet. Organizers collected over 700 nominations for the title of Secretary of Rescue Dogs.

Each of the five dog finalists appeared in bow ties designed by teenage entrepreneur Sir Darius Brown, who announced the winner. Harper, a certified therapy dog, was awarded the position for her work visiting nursing homes, overcoming heart worm disease and “becoming the best support system for everyone she meets,” said Brown.

The ceremony included video of the day Biden officially adopted Major from the shelter in November 2018.

Singer Josh Groban closed the ceremony with his rewrite of “(How Much Is) That Doggie in the Window” by Patti Page, changing the lyrics to “I’m adopting that doggie in the window.”

“In this crazy, insane, divided world, we need animals to bring us together,” Groban said as he offered his congratulations to Major and Major’s owner.

The ceremony worked to do just that, featuring videos of animals at DHA waiting to find a “furever” home.

President William Howard Taft had a cow roaming around the White House, for instance.

“When you start looking into the history of that a little bit more you realize. If you wanted to have milk in 1912, you need to have a cow nearby,” said Hager.

“I think Major being the first shelter dog is also kind of reflective of Americans and our history as well. We are at this point where Americans are much more inclined to adopt a pet now than we’ve ever been, and the Bidens reflect that change,” he said.