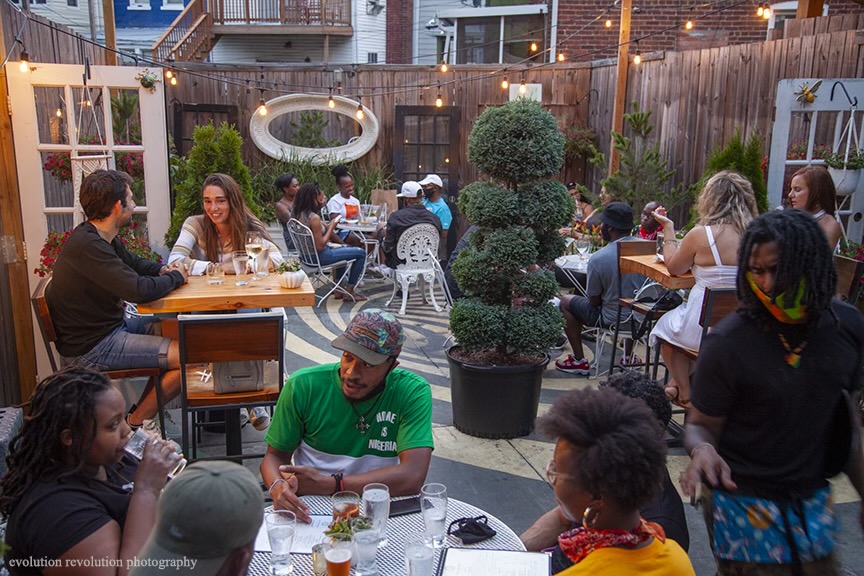 WASHINGTON– In the aftermath of last week’s attempted armed takeover of the Capitol, a number of Washington’s Black-owned businesses have decided to remain open on Inauguration Day as well as the days leading up to it despite threats of violence in the city from far-right groups.

Their decisions are being made amid the catastrophic financial loss that many local businesses have faced over the past year. Cold weather, outdoor dining restrictions and the curfew enacted by Mayor Muriel Bowser on Jan. 6 — the day of the Capitol siege — have exacerbated an already dire situation.

“It’s crazy to think that it’s almost a year from when COVID started impacting this, especially disproportionately Black- and brown-owned businesses, and they still haven’t seen support that they need,” Harry Alford III, the co-founder of a venture development firm for diverse entrepreneurs, said.

The number of active Black-owned businesses dropped 41% between February and April, according to a report published in spring by the National Bureau of Economic Research.

Booker Parchment, owner of Mr. Braxton Bar and Kitchen, said he decided to keep his business open throughout this week with extended hours to boost revenue. Parchment said he wants to keep morale high among employees and lead from the front, even during these difficult times.

“I’m not going to live my life in fear,” Parchment said.

Other Black-owned local businesses, like the historic Ben’s Chili Bowl and their affiliate restaurant Ben’s Next Door, Oohh’s & Aahh’s and Halfsmoke, also have said they will remain open throughout inauguration week.

“We’re a place where people can come and be together for historic moments even like this,” W. Logan, managing partner of Ben’s Next Door, said. “This is sort of what comes with the territory of being in D.C.”

But establishments that are located near the fenced perimeter now surrounding Capitol Hill and the National Mall may not have that option, with Metro stations closed throughout downtown and many roads closed to traffic.

NyShayla Williams, owner of online jewelry retailer Abcrete and Co., distributes her products to downtown shops, at least one of which is planning to close during inauguration week. She said she has stopped dropping off her products for the time being and is waiting to see what happens throughout the city.

Alford, whose company invests in Black- and brown-owned Washington area startups, said that one of the companies he works with has created contingency plans in case of chaos on Inauguration Day. Another launched a bystander intervention workshop to train employees on how to interact with members of far-right groups. Most employees he works with have been urged to work remotely to stay out of the way of potential violence that has been threatened from right-wing protesters.

Despite these precautions, Alford said the local businesses and minority residents of D.C. are not going anywhere.
“No one’s going to disrupt or impact us and drag us out of our own city,” Alford said.