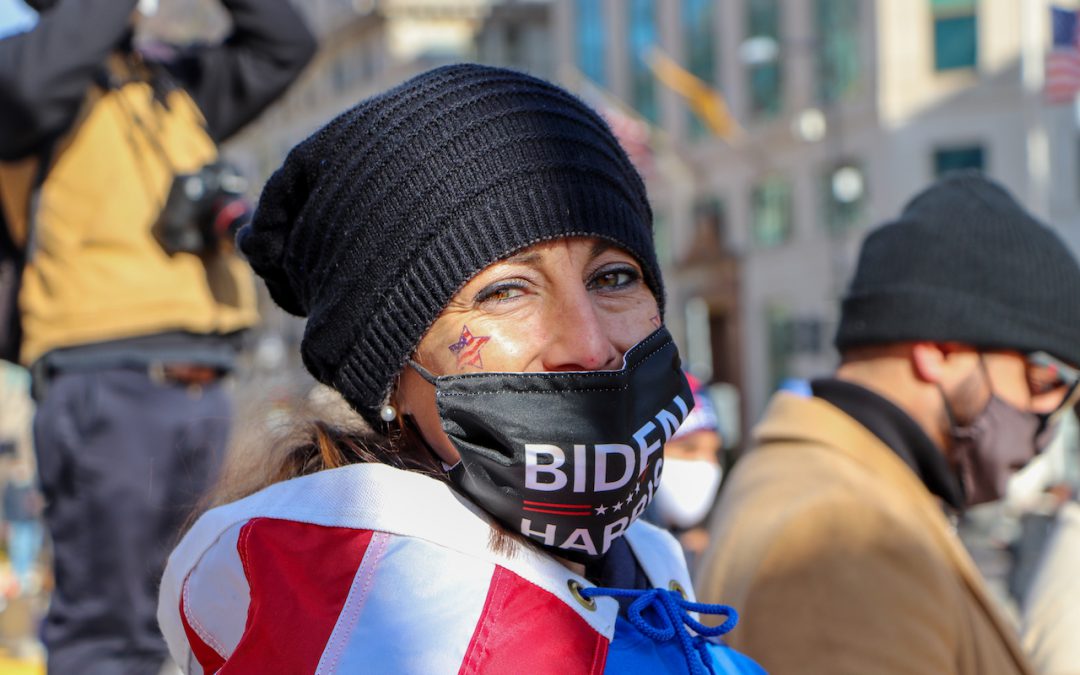 WASHINGTON – As Joe Biden and Kamala Harris were sworn into office as the President and Vice President of the United States on Wednesday, jubilant cries rang out from the small crowd gathered at Black Lives Matter Plaza. For many there, the day symbolized a new chapter in American history: the end of four long years of President Donald Trump in office.

While past inaugurations have drawn hundreds of thousands to the National Mall, this year’s event saw more law enforcement and members of the press than attendees. 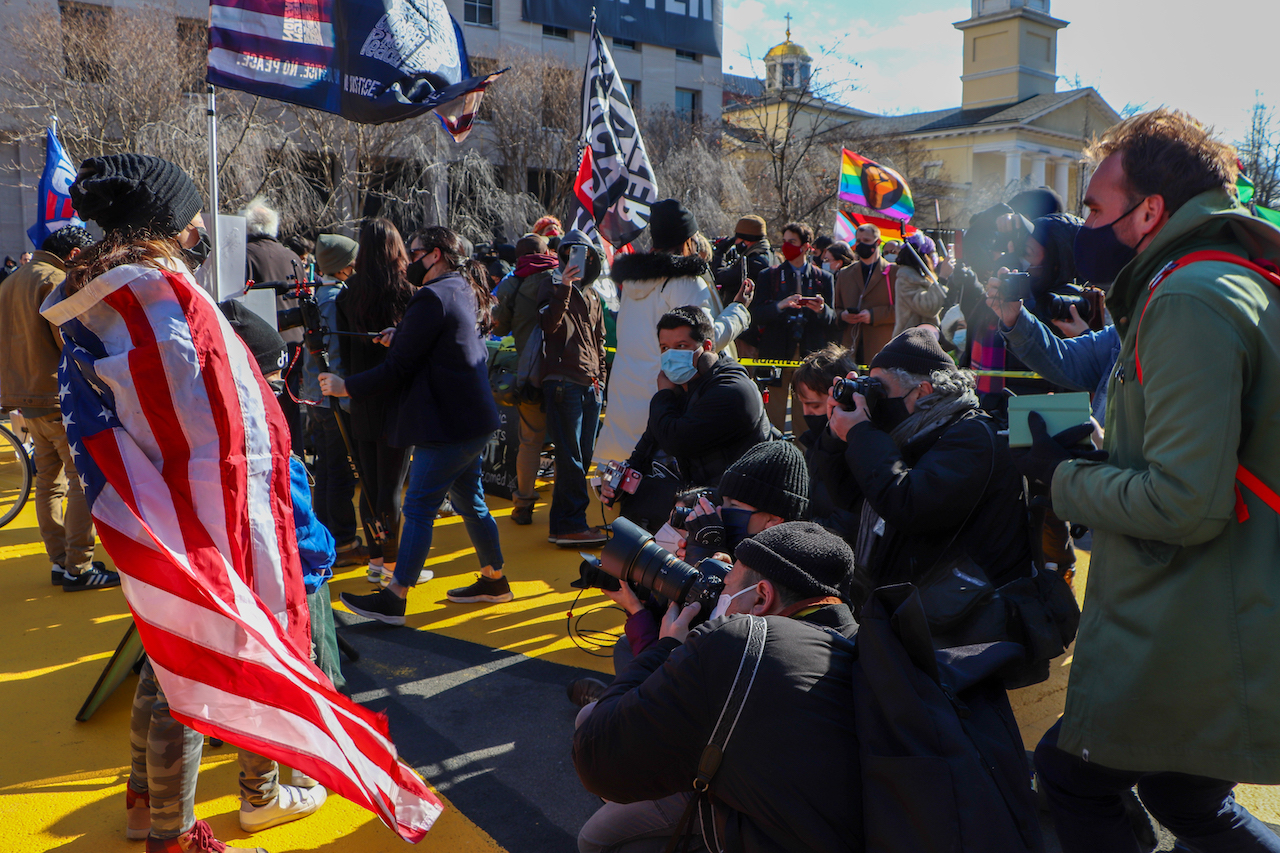 Members of the media surround Wade and her daughter as they stand in Black Lives Matter Plaza. (Madison Muller/MNS)

This year’s inauguration was unlike any other in modern American history. The Covid-19 pandemic forced many politicians and supporters alike to stay away from the celebrations, while armed National Guardsmen from all 50 states patrolled the streets as a precautionary measure after the events of Jan. 6.

“Clinton’s was a lot of fun,” Garrett said. “There were a lot of parties and they literally got out on the parade route.” She said Trump’s was more “crazy” and security was significantly lighter than this year’s.

Fiki added that this year’s celebration was “bittersweet” because while they were happy with the change in administration, it was disappointing to be unable to celebrate as they normally would.

Another attendee, Ariel Vegosen, is a professional diversity and inclusion expert and facilitator who said the day’s events were a “momentous occasion,” and Biden and Harris will “bring in a new wave of peace and justice and education and liberation.” 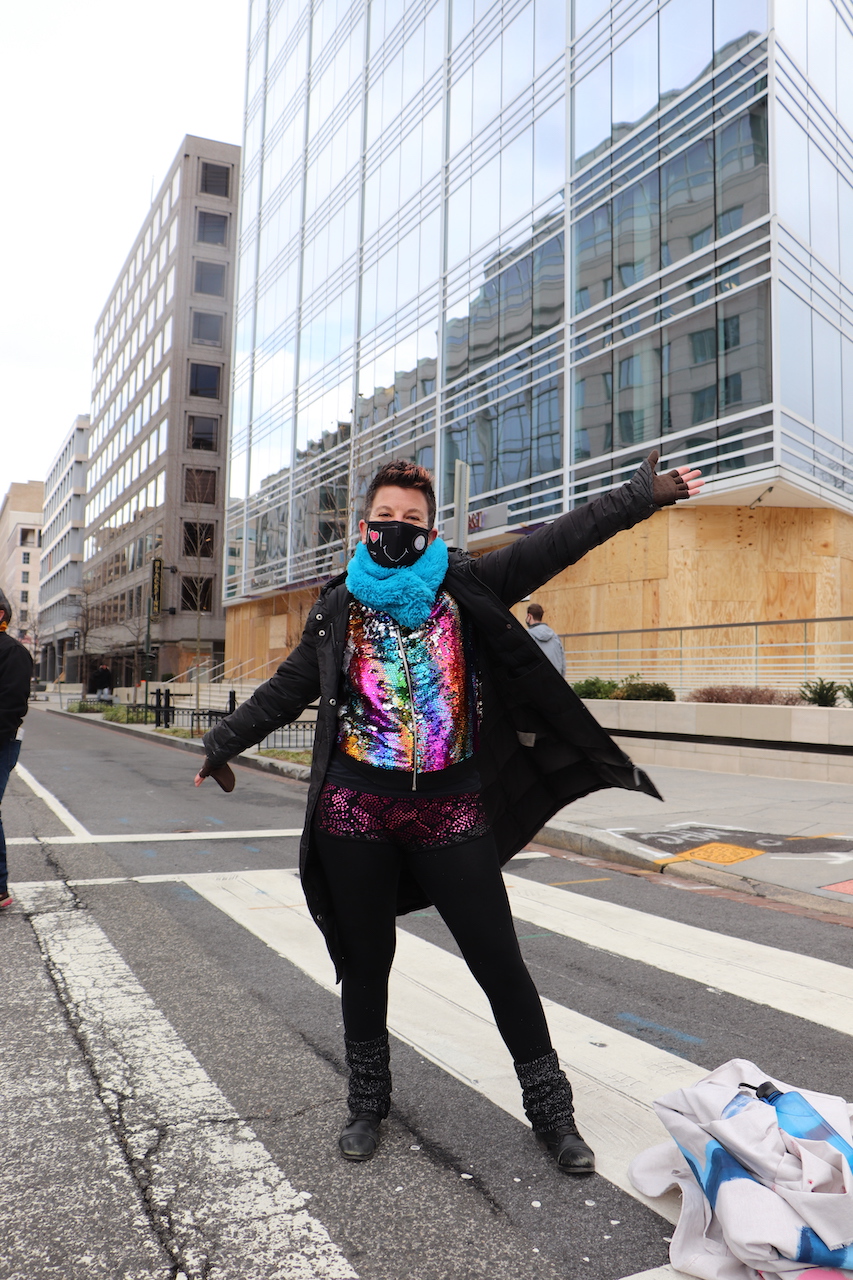 After a morning of music playing over a loudspeaker situated in the middle of the plaza, the crowd fell silent as noon struck and Biden began reading his inaugural address.

Addressing the nation for the first time as president, he said “So now, on this hallowed ground where just days ago violence sought to shake this Capitol’s very foundation, we come together as one nation, under God, indivisible, to carry out the peaceful transfer of power as we have for more than two centuries.”

Just a week after the Jan. 6 insurrection at the Capitol, a number of visitors said they feared attending because of potential violence or coronavirus exposure. However, these worries did not stop them from coming out to celebrate.

Fiki said his friends were wary of coming downtown and even discouraged him from going out. But he felt safe enough with the added security. “I think this is probably the safest time to be down here,” Fiki said.

Houston residents Giovanni Sedita and Travis McGee bought their plane tickets before the events of Jan. 6. But, after the riots, they debated whether they would feel safe coming to the city. They eventually decided the risk was worth it. 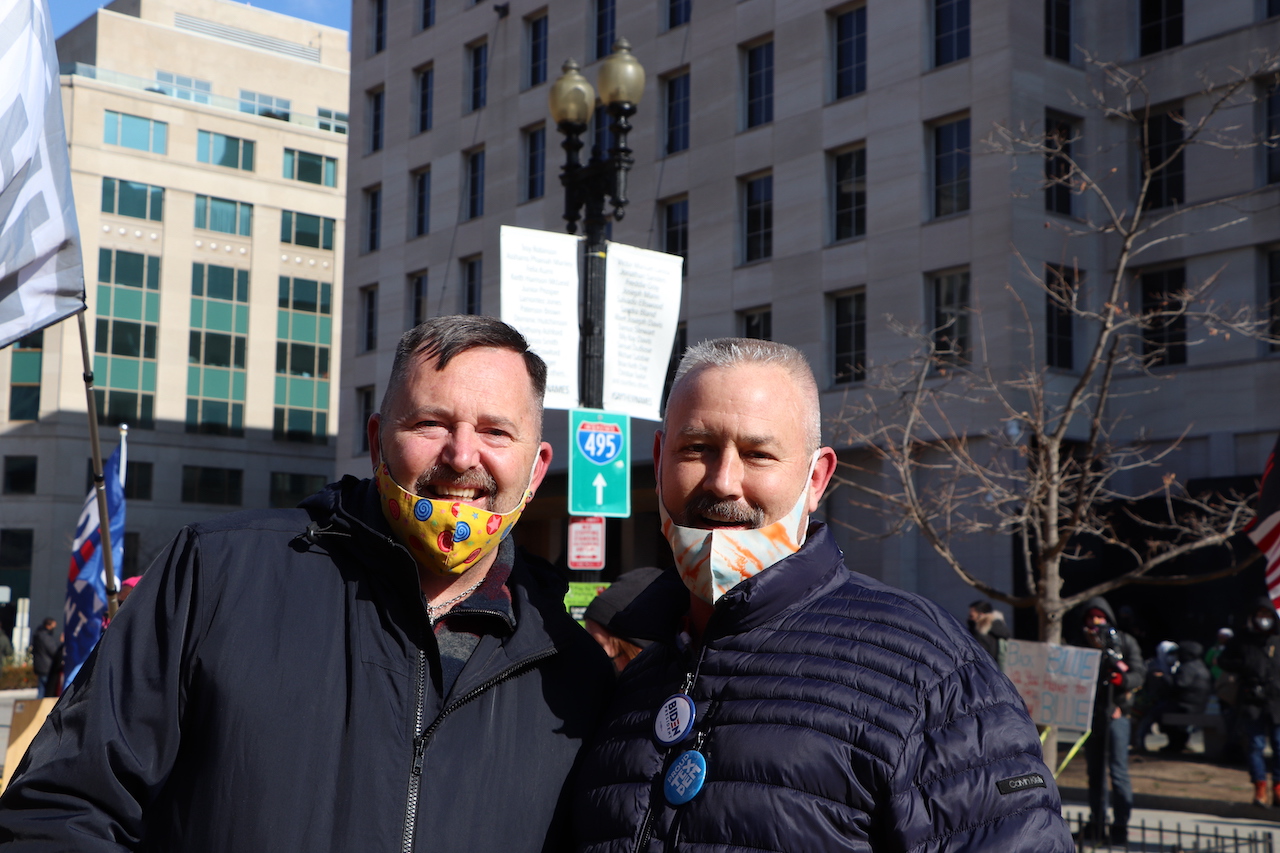 Houston residents Giovanni Sedita and Travis McGee were some of the spectators at BLM Plaza Wednesday morning. (Madison Muller/MNS)

“We wore tennis shoes just in case we have to run,” said Sedita, laughing.

“I mean, domestic terrorists, you can’t let them ruin your life. We’re just so happy to be here and to experience this wonderful day,”  McGee added.