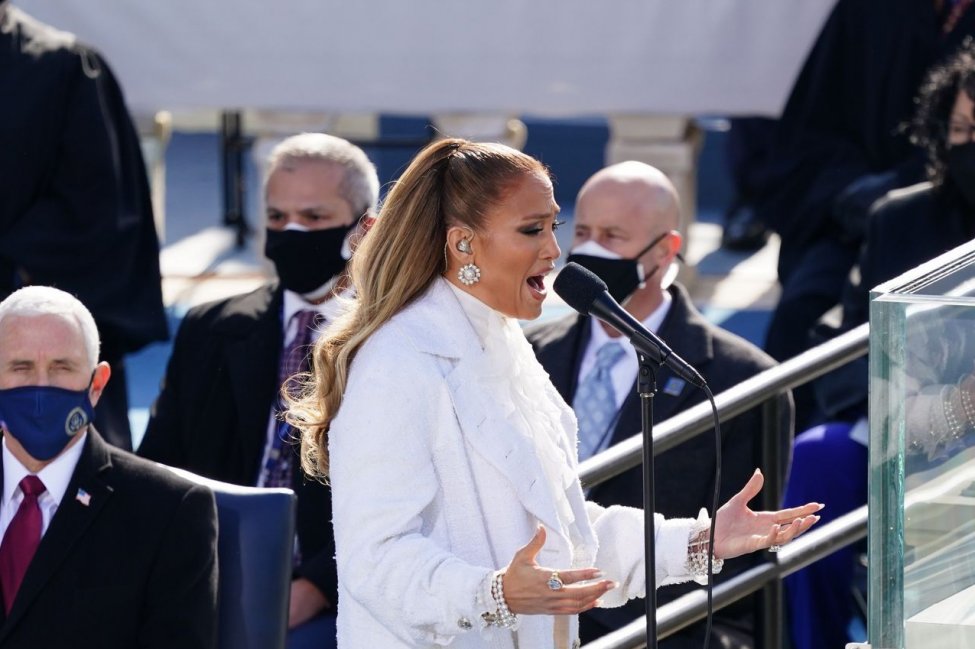 WASHINGTON – Jennifer Lopez finished her performance of Woody Guthrie‘s protest anthem “This Land is Your Land” Wednesday morning by paying homage to her Hispanic identity. “One nation, under God, with liberty and justice for all,” Lopez said in Spanish to the small crowd gathered on the west side of the Capitol to witness President Joe Biden take the oath of office.

A New Yorker of Puerto Rican heritage, Lopez has become a symbol for the American territory. In 2020, she made headlines for her performance at the Super Bowl in Miami, where she sang “Born in the USA” wrapped in a half-Puerto Rican, half-American flag. López said that the motivation behind that performance was “to raise our voices, to understand that your voice matters and to always use your voice.”

Many politicians in Washington still need to be educated on Puerto Rican demands, said Carmen Lugo-Lugo, a professor of comparative ethnic studies at Washington State University who is Puerto Rican. After years of researching congressional hearings on Puerto Rico, she found that the island “was invisible to those who were directly and indirectly making decisions about it and on its behalf.”

“If people in Congress have no idea what Puerto Rico is in relation to them, or the U.S., we can’t expect the general population to know any better,” Lugo-Lugo said. “So any time anyone raises awareness about Puerto Rico … it is a good thing. The medium is irrelevant.”

“One way to pay attention to any given community begins, perhaps, with symbolism,” said Vargas-Ramos, who serves as the director for public policy at the Center for Puerto Rican Studies of the City University of New York. “The fact that there may be some visibility to an extent that did not occur before, might be a signal of things to come.”

In fact, Biden has already indicated Puerto Rico would be one of his priorities.

“We have to act to make sure that … Puerto Rico forever gets the full dignity and respect that it deserves,” the then-candidate wrote last September in a statement in commemoration of the third anniversary of Hurricane María, which killed around 3,000 people and left parts of the island without power for more than 300 days. “There is no place in the United States to ever treat any of our own citizens as second-class.”

But although representation is important, Biden’s promises need to be accompanied by “real” and “tangible” policy, Arthur Soto-Vásquez, a communications professor at Texas A&M University, said.

“I think for most people, they’re really right now concerned about whether they are going to get another stimulus check or unemployment extended,” he said.