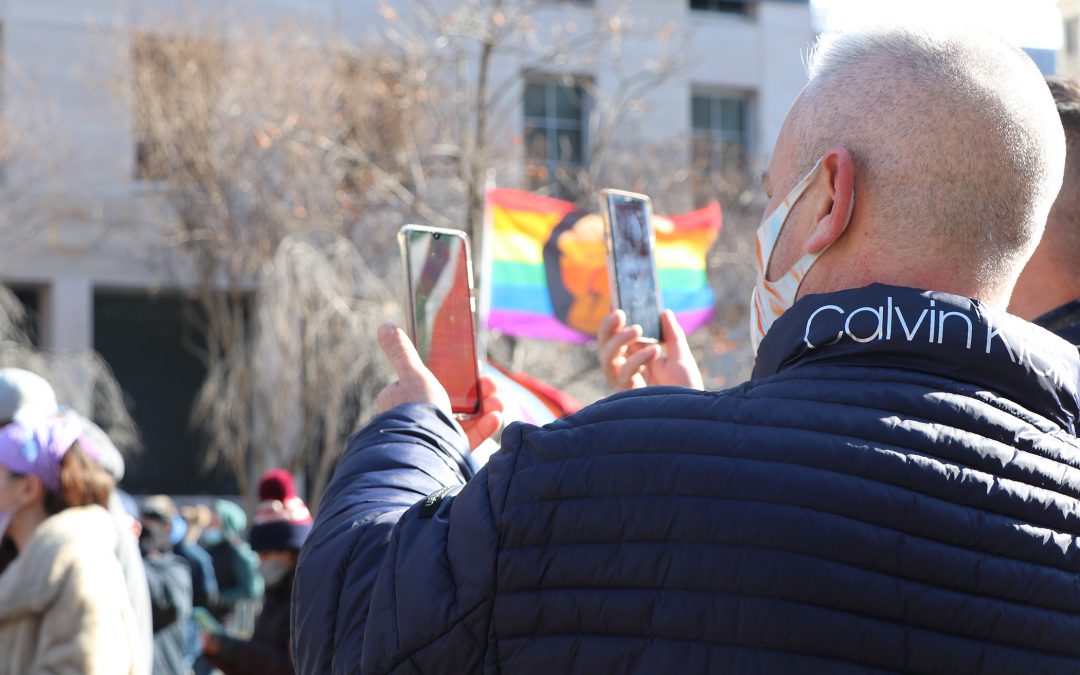 WASHINGTON – In stark contrast to the hundreds of thousands who would normally travel to Washington for the inauguration ceremony, small groups watched the swearing in on their cell phones.

Those who were there described the day as historic.

“It’s obviously disappointing that we can’t be on the mall, but it’s definitely worth it. We are big Biden, Harris fans and definitely want to be here to support and feel the energy,” said Illinois resident, Ashley Noriea.

More than 25,000 National Guard members and extra police were in town monitoring almost every corner, and crowd gatherings were discouraged due to the COVID-19 pandemic and the riot that took place in Washington on Jan. 6.

Julia Benbrook reports from outside the Capitol.