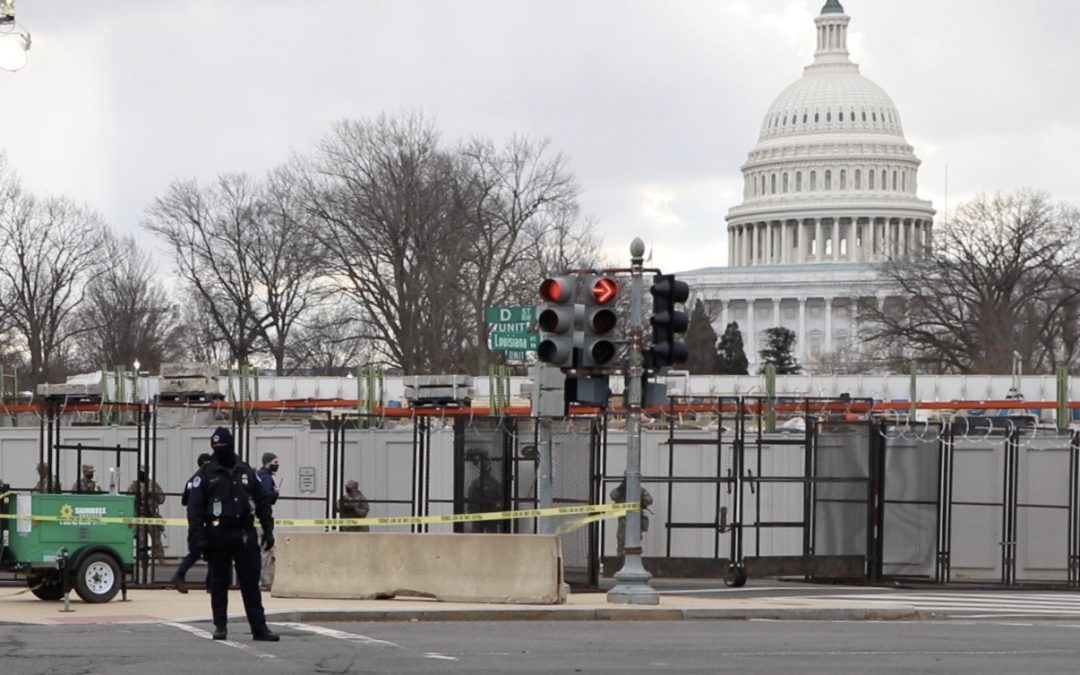 A heavy law enforcement presence surrounds the Capitol, keeping members of the public far from the Inauguration ceremony. (Amanda Rooker/MNS)

WASHINGTON–The streets of Washington were largely quiet yesterday as President Joe Biden was sworn into office. Between restrictions brought on by the ongoing pandemic and security concerns about further violence, it was an Inauguration Day unlike any other in U.S. history. Barbed wire fences, concrete barriers and military trucks blocked off roads, forming a security zone that shutdown most of downtown Washington.

Desmond Spencer, who lives within that security perimeter, said that his first thought after walking out of his apartment was just how “bizarrely empty” the streets were. Instead of the usual crowded streets packed with thousands of cheering visitors, roads were mostly empty except for the 25,000 National Guard troops called to protect the Capitol and its surroundings.