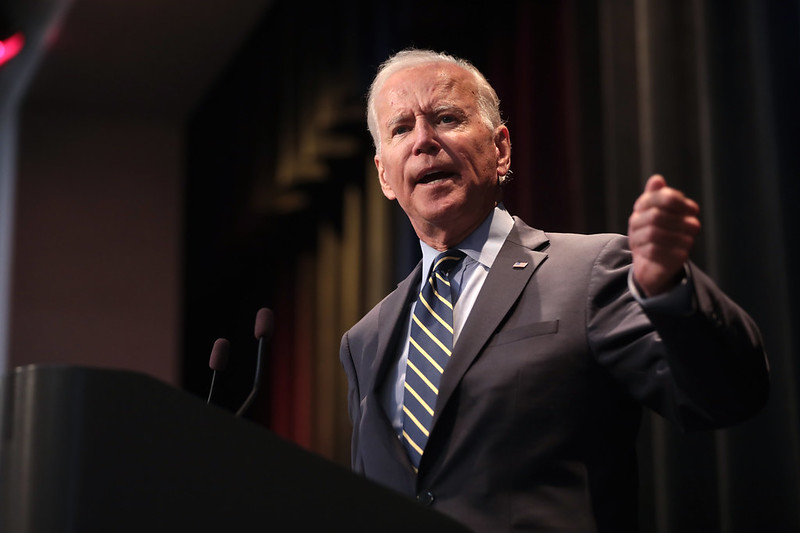 WASHINGTON — President Joe Biden has frozen for 60 days last-minute rules from the Trump administration that would allow only higher-wage foreign workers to be employed in the U.S.

Under a final rule issued Jan. 8 by the Homeland Security Department, only the highest-paid applicants to the H-1B visa program — which allows companies to temporarily employ foreign workers in specialty occupations — would be selected. Currently, foreign workers are randomly selected through the annual H-1B visa lottery. The new rule was scheduled to go into effect March 9.

Another rule issued Jan. 14 by the Labor Department would significantly increase H-1B holders’ minimum wages. U.S. employers seeking H-1B workers would be required to attest that they would pay H-1B holders higher wages than other employees with similar experience and qualifications. That rule is scheduled to take effect March 15.

The two agencies have said those now-frozen rules will protect U.S. workers from being undercut by cheaper foreign labor, incentivize employers to pay higher salaries to all workers and prevent abuse of the visa program.

“Prioritizing based on wage levels in the H-1B cap selection process is expected to protect the economic interests of U.S. workers and may better ensure that U.S. employers use the H-1B program to fill positions requiring higher pay or higher skill levels while still allowing those employers to meet their business needs and remain globally competitive,” said U.S. Citizenship and Immigration Services spokesman Matthew Bourke in a comment when President Donald Trump was still in office. The agency is part of the Homeland Security Department.

Biden also withdrew an un-finalized rule that would have narrowed the range of jobs for which H-1B applicants could qualify, among other measures.

Trump made reform of the H-1B visa program a platform issue since his 2016 presidential campaign, vowing to restrict the number of such visas. Trump, who said foreign workers were replacing Americans and lowering wages, regularly cited in his speeches the case of 250 Disney employees who were laid off and replaced by workers from Indian outsourcing firm HCL America.

The denial rate for H-1B visas steadily increased due to Trump’s 2017 “Buy American and Hire American” executive order. And in June, Trump issued a freeze on H-1B visas altogether in an attempt to bolster employment for U.S. workers laid off during the coronavirus pandemic. That freeze is due to expire on March 31.

It remains to be seen whether the Biden administration will push to rescind the recent rules after the 60-day freeze.

Immigration advocacy groups say the Trump-proposed H-1B changes will hurt early-career foreign workers and certain industries such as the nonprofit and public sectors that are generally lower paying. If the rules do go into effect, they’ll be challenged in court, the groups predict.

Businesses may be unable to pay higher wages, which will disrupt business operations and may cause them to move overseas, ultimately hurting the U.S. economy, said AIC staff attorney Leslie Dellon.

“It’s really just one more of a series of actions that they’ve taken to basically cripple the ability of U.S. employers to use this H-1B category that Congress provided for,” Dellon said.

Xiao Wang, chief executive officer and co-founder of Boundless Immigration, a start-up that helps with green card and citizenship applications, agreed. He said that small businesses, startups, nonprofits and the public sector are more likely to be hurt by the wage rules than tech giants like Amazon, Google, Apple and Intel that typically employ large numbers of H-1B visa workers and can afford to pay them higher salaries.

If the final rules are not rescinded after the freeze, the estimated 600,000 H-1B workers already in the U.S. will not be able to renew their visas if their employers don’t pay them higher wages, said Julia Gelatt, senior policy analyst at the Migration Policy Institute, a think tank favoring liberal immigration policies. She added that the changes will worsen the already costly, time-consuming and unpredictable process of sponsoring an H-1B worker.

David North, senior fellow at the Center for Immigration Studies, an organization that favors lower immigration numbers, said the Trump administration’s changes to the H-1B visa system are a small step in the right direction. He said foreign companies such as Infyosys, Tata and Cognizant hire H-1B workers instead of domestic workers to increase their profits.

“The H-1B program has developed into a cheap foreign worker program that lowers wages in the industries where they are concentrated, and takes jobs away from American workers,” North said.

While North said a wholesale reduction of the H-1B work force is needed to provide jobs for citizens, Gelatt is in favor of more targeted reforms that would make employers sponsoring H-1B holders responsible if domestic workers lose their jobs to foreign workers.

Biden has also sent an immigration bill called the U.S. Citizenship Act of 2021 to Congress that would incentivize companies to offer higher wages to H-1B workers in an effort to “prevent unfair competition with American workers.”  It would also expand the number of high-skilled visas issued by eliminating the caps by country on temporary visas and provide work authorization for spouses of H-1B visa holders.