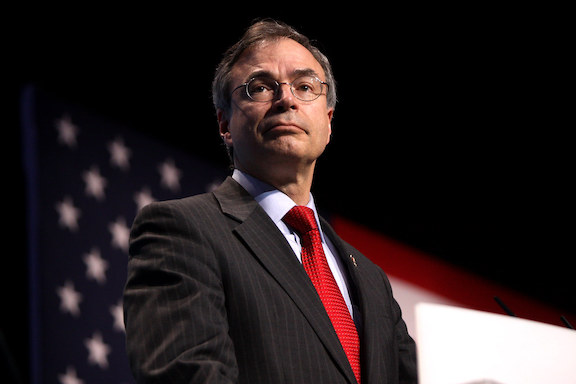 WASHINGTON — Several members of the Maryland delegation have criticized Rep. Andy Harris, R-01, who tried to bring a gun to the House floor on Thursday. The incident is under investigation by the Capitol Police.

Harris set off a magnetometer while carrying a concealed gun. Though Harris “complied with further screening,” according to witnesses, he attempted to get Rep. John Katko, R-N.Y., to take his gun for him, but Katko refused, saying that “he didn’t have a license.”

Harris returned about 7 minutes later, according to witnesses, and successfully went through security and entered the House floor.

A representative from Rep. Harris’s office deferred to a statement Harris’s chief of staff Bryan Shuy provided to Fox Baltimore.

“Because his and his family’s lives have been threatened by someone who has been released awaiting trial, for security reasons, the Congressman never confirms whether he nor anyone else he’s with are carrying a firearm for self-defense,” Shuy wrote. “As a matter of public record, he has a Maryland Handgun Permit. And the congressman always complies with the House metal detectors and wanding. The Congressman has never carried a firearm on the House floor.”

Members of Congress are not allowed to bring guns into the House or Senate chambers. Firearms are prohibited on U.S. Capitol Grounds, the U.S. Capitol and its visitor center, office buildings and the galleries, according to the United States Capitol Police.

House Speaker Nancy Pelosi announced a rule change on Jan. 13 that would impose fines for members who refuse to follow new screening protocols, including a $5,000 fine for the “first offense” and a $10,000 fine for the “second offense.”

“On behalf of the House, I express my deepest gratitude to the U.S. Capitol Police for the valor that they showed during the deadly insurrection on the Capitol,” Pelosi’s Jan. 13 statement said, in part. “Sadly, just days later, many House Republicans have disrespected our heroes by verbally abusing them and refusing to adhere to basic precautions keeping members of our Congressional community, including the Capitol Police, safe.”

The incident sparked a conversation about safety, especially as many members are still rattled by the Capitol breach.

“The number one priority for Congressman Trone is the safety of every member, staff, frontline worker, visitor, and tourist on Capitol Hill, especially following the deadly insurrection two weeks ago at the Capitol. Congressman Trone believes no one is above the rules or law, including members of Congress.”

Sen. Ben Cardin (D) took to Twitter in response to the recent incident.

“Places that guns absolutely do not belong: schools, libraries, places of worship and the House of Representatives,” Cardin said. “They don’t belong in the Senate, either.”

“Congressman Harris’s actions were reckless and irresponsible. This blatant disrespect for the Capitol Police and the rules of the House is simply unacceptable,” said Senator Van Hollen.

Calls condemning Harris have even reached beyond Maryland.

“Leave your… weapons at home. This wouldn’t fly in airports, schools or courthouses. I also serve on the same committee as him. Why should this be allowed in the Capitol or even our office buildings?” Meng said.

Rep. Alexandria Ocasio-Cortez, N.Y.-14, slammed Harris during a recent interview with CNN, adding, “We still don’t yet feel safe around other members of Congress.”

“The moment you bring a gun onto the House floor, in violation of rules, you put everyone around you in danger. It is irresponsible, it is reckless, but beyond that, it is in violation of rules. You are openly disobeying the rules that we have established as a community,” Ocasio-Cortez said.