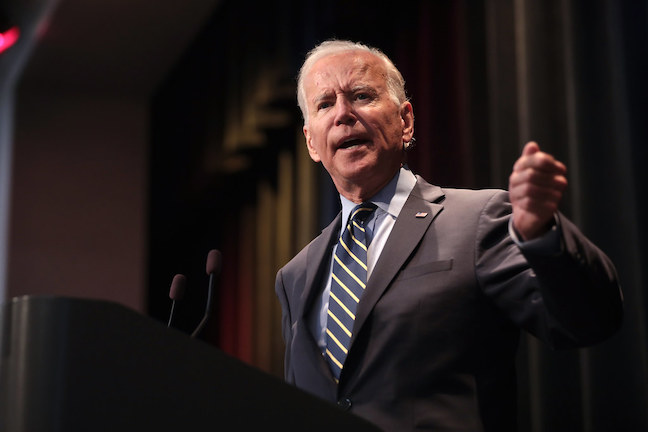 WASHINGTON — A string of executive orders and immigration policy proposals championed by the Biden administration could change the lives of the over 900,000 immigrants in Maryland, but experts say that fear and distrust of the government may persist.

“Regardless of the federal policy changes, we’re going to continue to provide quality services for all the people who live here,” he said.

President Joe Biden has ordered the Justice Department to continue to process temporary orders allowing young immigrants brought into the country as children to stay in the country under the Deferred Action for Childhood Arrivals program that former President Donald Trump had tried to end. Biden also ended the so-called Muslim ban denying entry to the U.S. for people from several Muslim-majority countries.

In addition, Biden supports a fast track to citizenship for those young immigrants, often called Dreamers, as part of comprehensive immigration reform on a level that experts say has not been seen since the Reagan administration, experts say.

Proposed ideas like a path to citizenship give people like Sara Movahed hope. Movahed, a founding partner with Movahed & Fisher Law, said that she’s already seen the relief in her clients.

She said Biden’s plans would allow undocumented immigrants to “invest in [their] community,” see the U.S. as “their forever home” and “come out of the shadows.”

“People, for example, with (Temporary Protected Status), who for 20 plus years have been still in this constant state of limbo. We have so many clients who were renewing their TPS, but still without the concrete idea that they would be able to call the U.S. their home forever,” Movahed said.

TPS is a program in which people from countries embroiled in conflict or affected by natural disaster to live and work in the U.S. for a set period of time.

Democratic Rep. David Trone, who represents part of Frederick County, praised the Biden administration and heralded Maryland as a trailblazer for immigration reform.

“Maryland has long been a leader on smart immigration policies as the first state to provide in-state tuition for DREAMers by popular vote, and it’s refreshing to see a president who shares these values and understands that in Frederick and across this country, diversity is our strength and unity is our power,” Trone said.

Maria-Teresa Shuck, director of the Centro Hispano de Frederick, said that she hopes that the Biden administration will find a way to “legalize the Dreamers.”

“There was a little setback with the past administration. But, you know, we have probably about a couple of million Dreamers in the whole country,” Shuck said. “And I’m sure some of those are here in Frederick, I would love to see them, you know, become legalized and be able to not look over their shoulder and worry about Immigration and Customs Enforcement coming after them.”

Some, though, including Rep. Andy Harris, R-01, object to giving Dreamers citizenship.

“The law says they should be deported. I don’t think that’s entirely fair. They didn’t break the law. Let’s give them permanent status…not citizenship,” Harris said during a town hall in 2019.

There are 7,880 DACA recipients in Maryland as of June 2020, but the Migration Policy Institute 2020 estimate indicates that there are 19,000 who could have become eligible for DACA before it was terminated by the Trump administration in September 2017.

Jacqueline Mazza, a senior adjunct professor in the Johns Hopkins University School of Advanced International Studies who specializes in Latin America, said that those 19,000 Marylanders will soon be able to experience the benefits of DACA.

“You have the ability to wait for new Maryland DACA-eligible recipients to now apply, receive a work authorization, to get a criminal background check, be able to enroll in school or in the U.S. military. … The ability for those who came as young children to Maryland to now become part of the DACA program will be a big change,” Mazza said.

But Ana Patricia Rodríguez, associate professor in the Department of Spanish and Portuguese and U.S. Latina/o Studies at the University of Maryland, cautioned that immigrants still distrust and fear the immigration system.

“I think, you know, the fear is real. And it’s based on a lot of experience that these migrants have,” Rodríguez said

Rep. Harris expressed concern in 2018 that “not comply[ing] with federal immigration law” could “establish Baltimore County as a sanctuary for criminal illegal immigrants.”

“No one wants to see children separated from their parents…But the safety of Maryland’s citizens is my top priority, and compliance with federal immigration law keeps Marylanders safe,” Harris said.

And Mazza noted that it will take time to implement what the Biden administration has called a “more humane” approach to the immigration system.

“I think it will take some time for the management of Homeland Security to fully implement a different and a more humane approach to undocumented immigration,” Mazza said. “After four years of very serious anti-immigrant sentiment in the United States, from the top, it is going to take some time for the Biden administration to signal and for that to filter through to the bureaucracy in terms of changing the everyday life of immigrants in Maryland.”

Others, though, worry that investing in a more humane immigration system could impact border security.

In 2019 Rep. Harris expressed concern over a bill to provide humanitarian aid at the border on the grounds that it “fail[ed] to provide funds to the Department of Defense for assistance with border security or to the Immigration and Customs Enforcement Agency for additional beds for detained immigrants, and limit[e]d the ability of the Department of Homeland Security to enforce immigration laws.”

Movahed said that the Biden administration’s immigration policy changes will benefit not only those immigrants living in Frederick County, but the entire community.

In response to President Biden’s policies, Rep. Harris co-sponsored a bill that would remove tax-exempt status for bonds issued by sanctuary jurisdictions.

“The reason it is important now is I think the new administration is likely to allow more jurisdictions to become sanctuary jurisdictions and I think the average American feels that we welcome immigrants legally, but if you’re here illegally and the jurisdiction refuses to comply with federal immigration law, then we probably shouldn’t extend that tax benefit to that jurisdiction,” Harris told Fox in an interview.

Despite the road ahead, Nick Taichi Steiner, a staff attorney with the American Civil Liberties Union of Maryland, said that Biden’s plans have relieved many immigrants.

“With a new administration, and they’re very clear, signaling that they’re going to be overhauling the way they do immigration enforcement in this country. I think it’s just a very positive step forward for the immigrant community,” Steiner said. “I think people can rest assured at least right now for a little bit under this new administration, things will look up.”

Not everyone is happy with the Biden administration’s immigration changes, though. Frederick County Sheriff Jenkins called Biden’s changes “absolutely outrageous” and said that “Americans should be angry and outraged” during a Fox News interview on Monday.

“They’re angry at President Trump and everything that he — all of the strides that he made in stronger immigration enforcement over the past four years. They are totally being undone and dismantled,” Jenkins said.

“In addition to a number of important executive and agency actions, the transmission of a comprehensive immigration reform proposal to Congress gives me hope that we can finally pass the reforms that are so long overdue,” Sen. Ben Cardin said in a statement.

Sen. Chris Van Hollen said the Trump administration’s immigration policies “not only deliberately and cruelly separated children from their parents, but it also wasted billions of dollars of taxpayer money and hurt our economy.”

He noted that immigrants are “contributing to our local economy and, in many cases, working on the frontlines to defeat COVID 19.”