Broadway Federal Bank based in Los Angeles is one of the MDIs Wells Fargo is investing in. “We are excited to be partnering with Wells Fargo in its efforts to address the persistent gaps in opportunities that have existed within low-to-moderate income communities regarding access to capital, affordable housing, and financial services," said Broadway Federal Bank CEO Wayne-Kent Bradshaw.

WASHINGTON — Some large banks have recently decided to invest in Black-owned banks whose leaders say they perform an important role in increasing underserved communities’ access to financial institutions, as well as reinvesting in their communities.

Black-owned minority depository institutions are defined by the Federal Deposit Insurance Corp. as a federal insured depository institution where “51 percent or more of the voting stock is owned by minority individuals.” A bank can also qualify if “a majority of the board of directors is minority and the community that the institution serves is predominantly a minority.”

Today, there are only 20 Black-owned or Black-led MDIs. 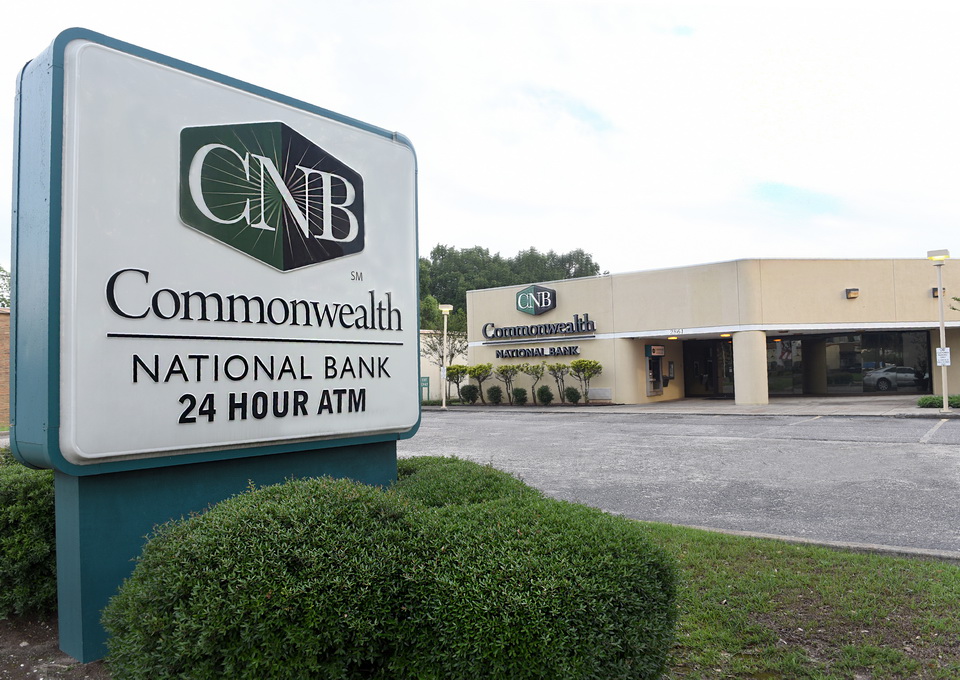 A 2020 study by Brookings and the Hamilton Project showed that Black households – which make up 13.4 percent of the U.S. population – accounted for only 4 percent of total household wealth.

“We still have a very large unbanked and underbanked population,” King said. “A lot of that is because they don’t trust banks.”

According to the NAACP, “African Americans have disproportionately been denied access to financial resources that can lead to wealth building and economic independence.”

King said minority-owned banks “have a better understanding of the uniqueness of our customer base.”

Carver Federal Savings Bank, founded in 1948 by community leaders, is one of the largest Black-owned banks in the United States. 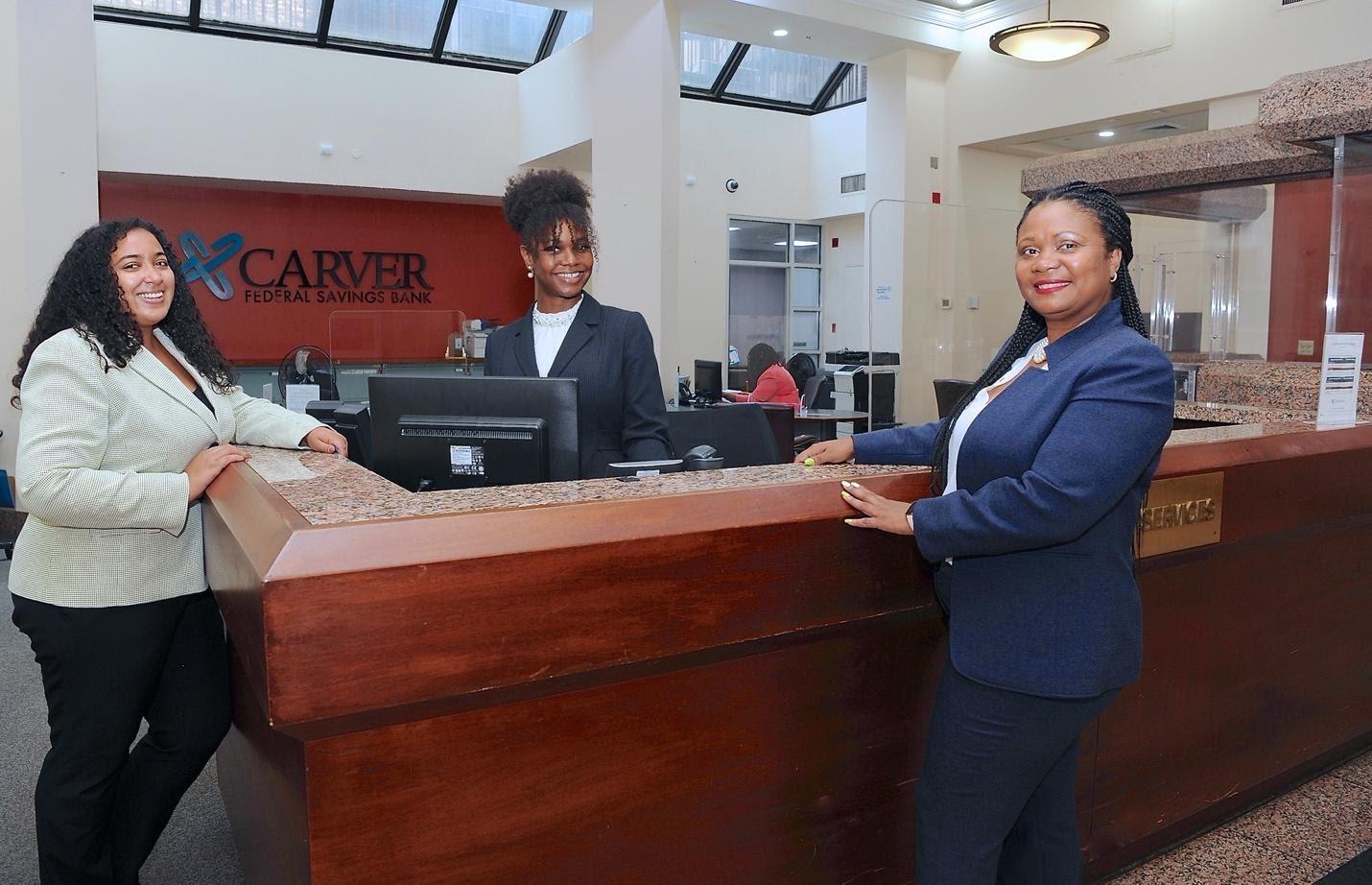 President and CEO Michael Pugh said that the founders “were true entrepreneurs in terms of their spirit.” Pugh added that one of the founding members was a Black woman, which was uncommon at the time.

The first charter the founders applied for was denied by New York City, but the group persevered and received a federal charter. Carver’s headquarters have been located in Harlem ever since.

This opened opportunities for people who could not get access to mainstream banking “just by the sheer nature of their skin,” Pugh said. “Today as we think about our mission and who we are, it remains true to our legacy in a number of ways, such as serving the underserved community we are in.”

Pugh said Carver reinvests 80 cents of every dollar deposited into the community.

“We constantly are focusing on trying to balance mission and margin,” Pugh said. 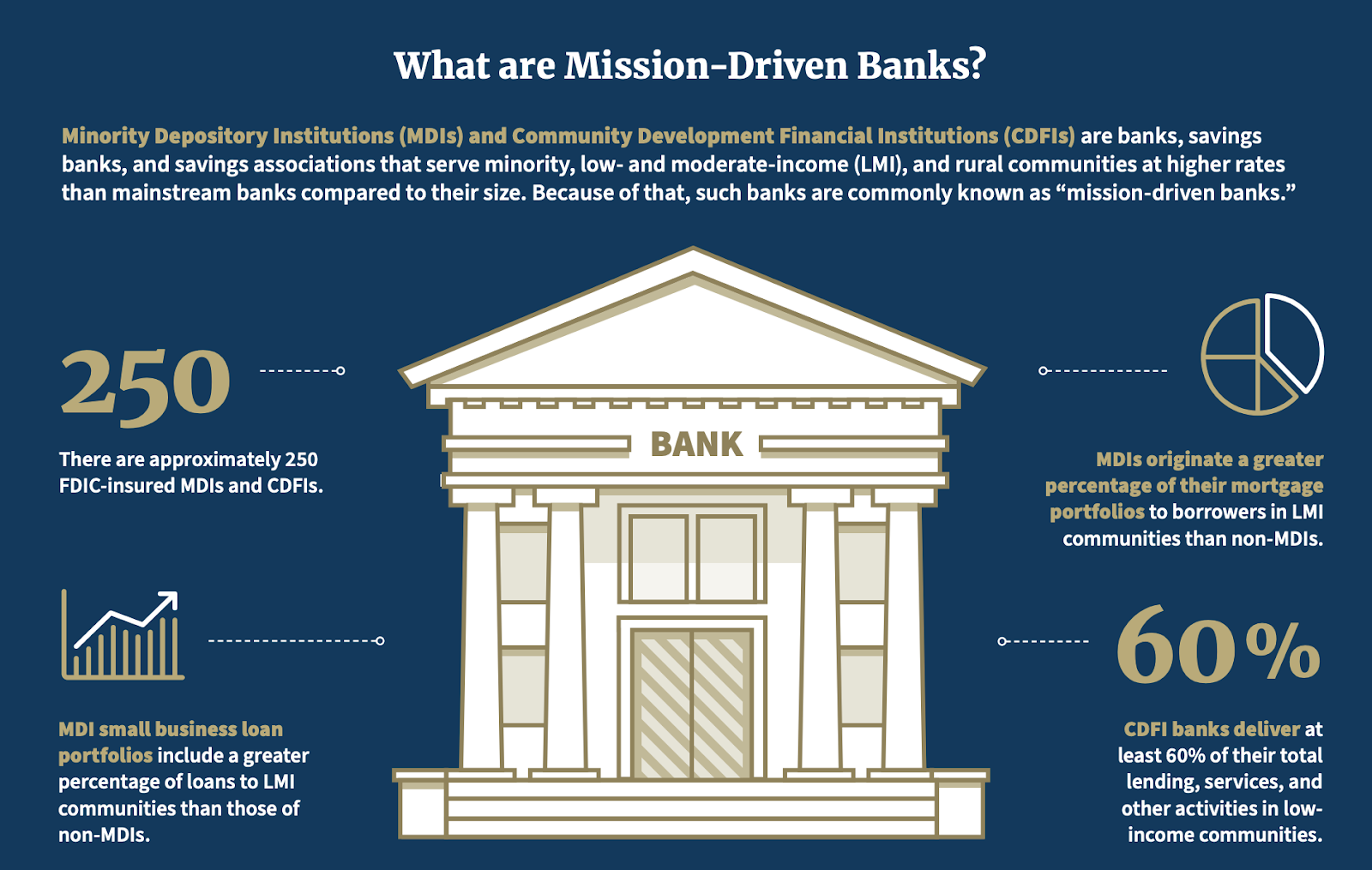 Graphic provided by the FDIC.

JP Morgan Chase, Bank of America, and Wells Fargo are among the large banks addressing the importance of MDIs.

“The sector is very, very important to the local community because it is able to reach the community with a level of trust and respect,” said head of Wells Fargo external engagement Gigi Dixon.

As a Black woman, Dixon said it gives her a “personal point of pride to work for a company that says this is going to be a priority.”