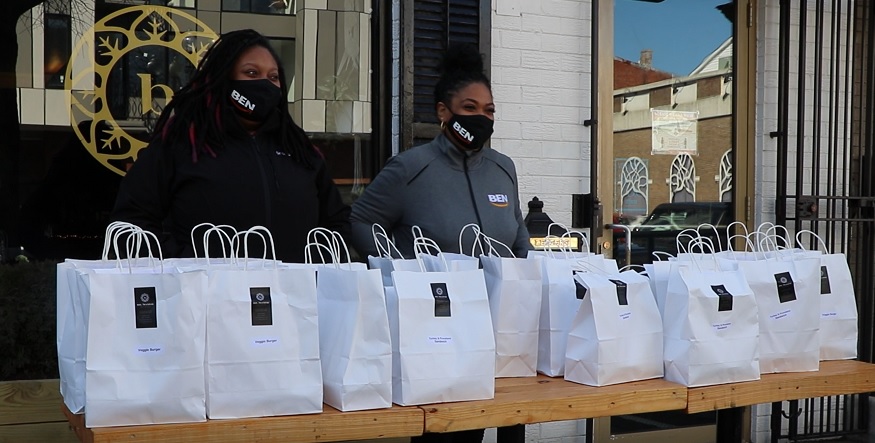 “We really wanted to make sure that we could get those meals out to those individuals in need,” Booker Parchment, the owner of Mr. Braxton Bar and Kitchen, said.

“We have brothers that are out there ready to get moving. We are all about supporting the community,” said Kevin Jones, chair of Guide Right, which partners young Black men with mentors who provide education and career path guidance. Parchment’s two sons participated in the program.

Amazon Prime Video supported Mr. Braxton’s food distribution program as well as those of seven other Black-owned restaurants in major cities by providing funding and staff from their Black Employee Network to help distribute the meals. Last weekend was chosen to coincide with Amazon’s release of the movie Coming 2 America.

“Prime Video will continue to raise and celebrate Black excellence in each U.S. region by partnering with local Black-owned restaurants to provide over 5,000 meals to those in need,” the company said in a press release.

Mr. Braxton Bar and Kitchen shared the happy news on its official Instagram page, writing, “Many Thanks to #Amazon!????Amazon Studio supported us in feeding 700 DC residents!” alongside a photo of the announcement.