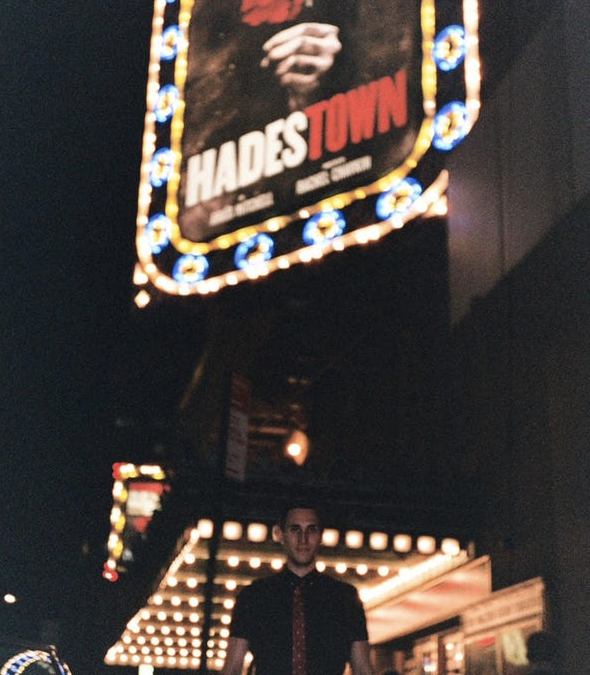 A year ago, the pandemic forced Broadway to take an abrupt – and extended – intermission, leaving performers uncertain of their futures in the industry. Today, theater actors are still waiting to see if the vaccine rollout will give them the chance to return to the stage.

Broadway actors Laura Leigh Turner of “Mean Girls” and John Krause of “Hadestown” were on the cusp of career-making moments when Broadway shut down. Turner debuted March 10; Krause would have performed in a leading role on March 12.

At a news conference on March 12, 2020, New York Gov. Andrew Cuomoannounced the shuttering of Broadway as of 5 p.m. that day. Cuomo said at the time that the shutdown could remain in place for far longer than one month – it did, with the shutdown still in effect today.

“It was a crazy thing to be removed before you even got time to really plant yourself,” Turner said.

The “Mean Girls” production team announced in January that the show will not return to Broadway after restrictions are lifted. Krause booked a flight immediately after the news of the shutdown broke so he could be with his wife, a television actor, in Los Angeles. He has not been back to New York since. 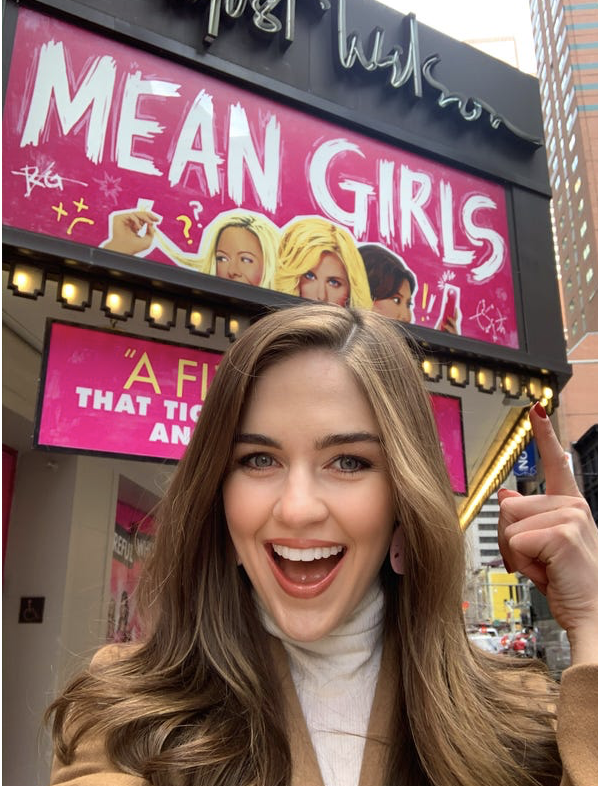 Turner’s audition to play Karen Smith in “Mean Girls” was one of the 24-year-old’s first major auditions.

“I made Tina Fey laugh,” Turner said of the “30 Rock” and “Saturday Night Live” star who wrote the “Mean Girls” screenplay. “What else can you ask for in an audition like that?”

Turner barely slept the next few days, waiting on a call from her agent. When the call came, she found out she would be stepping into Karen’s six-inch heels for eight performances a week as the popular high school girl whose ditzy moments bring some comedic relief throughout the musical.

After a whirlwind of rehearsals, makeup tutorials and costume fittings, Turner made her debut on Broadway in the August Wilson Theatre on March 10, 2020.

When she took her first bow, the rest of the cast pounded the floor, a moment Turner said she’ll cherish forever. “I just look elated, like I’m a kid seeing the castle at Disney World for the first time,” Turner said.

Just two days later, Turner was grocery shopping when she got the email that Broadway was closing due to the pandemic.

“I was in Whole Foods and I remember just like laughing and then crying. I was like, ‘Am I like confused? Can someone explain this to me?’ ” Turner asked. 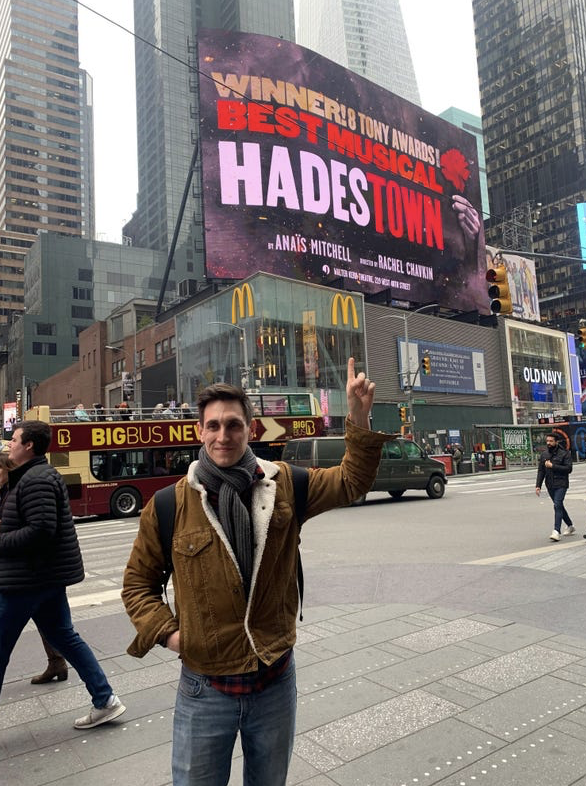 Broadway actor John Krause poses in front of the “Hadestown” billboard in Times Square just hours before his scheduled debut in the role of Orpheus. “It’s a very special moment in anyone’s career so everyone was very excited. I ahd friends and family coming in and people had tickets for the whole week,” Krause said. (Courtesy : John Krause)

Thirty-year-old Krause had spent years as a professional performer before he was cast as an ensemble member as well as understudy for the lead role of Orpheus in “Hadestown.”

He had been waiting nearly a year to step into Orpheus’ shoes. The actor who played Orpheus had never missed a show but was scheduled to take a vacation starting March 12, 2020. That’s the day Krause’s dream of performing as a Broadway lead would have come true.

Krause’s parents, although wary of the looming pandemic, had flown to New York to watch him take his first bow as a lead on Broadway. The morning of his scheduled debut, the trio got breakfast, checked out a billboard on which Krause was featured in Times Square and then went back to their hotel room for some rest. Krause woke up from a nap to see Cuomo’s press conference on TV with its devastating Broadway news.

His castmates ran to hug him when he walked into the Walter Kerr Theatre, where he had rushed from his hotel when he heard the news.

“That was the moment I got to just release and felt the pain of it,” Krause said. 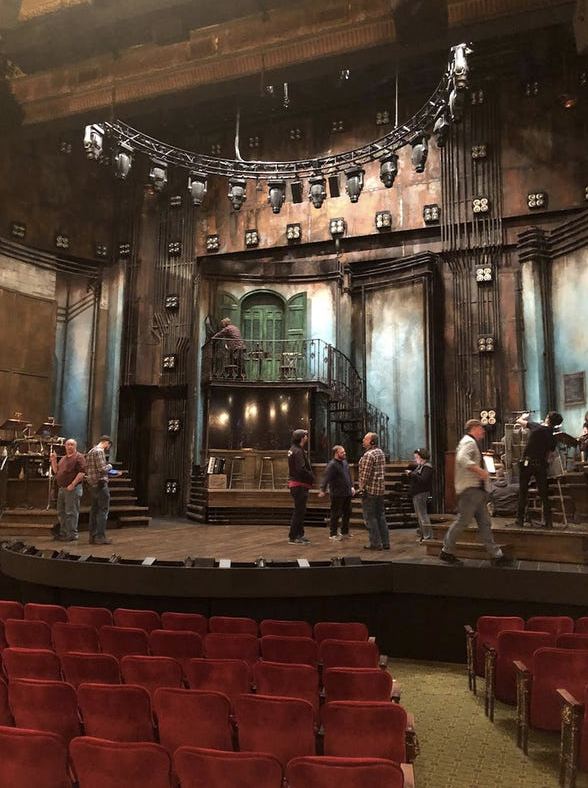 What’s next for Broadway actors?

Broadway performers are now waiting for the intermission bell to call them back to the stage.

In January, Turner went back to New York to pack up her dressing room.

“That was hard,” said Turner. “Everything was creepily where we left it.”

Turner said goodbye to the theater, the costumes and the people she had the chance to meet during her two days of performances.

Turner, now living in New York after spending most of the year with family in Arkansas, is hosting her own podcast called “Living in the Light.” Artists and creatives join Turner to talk about what they have been through and how their faith relates to their experiences.

She also used the year to create an online space called “Rise Collective Women” to “gather women together around God’s word in a season of intense isolation.” 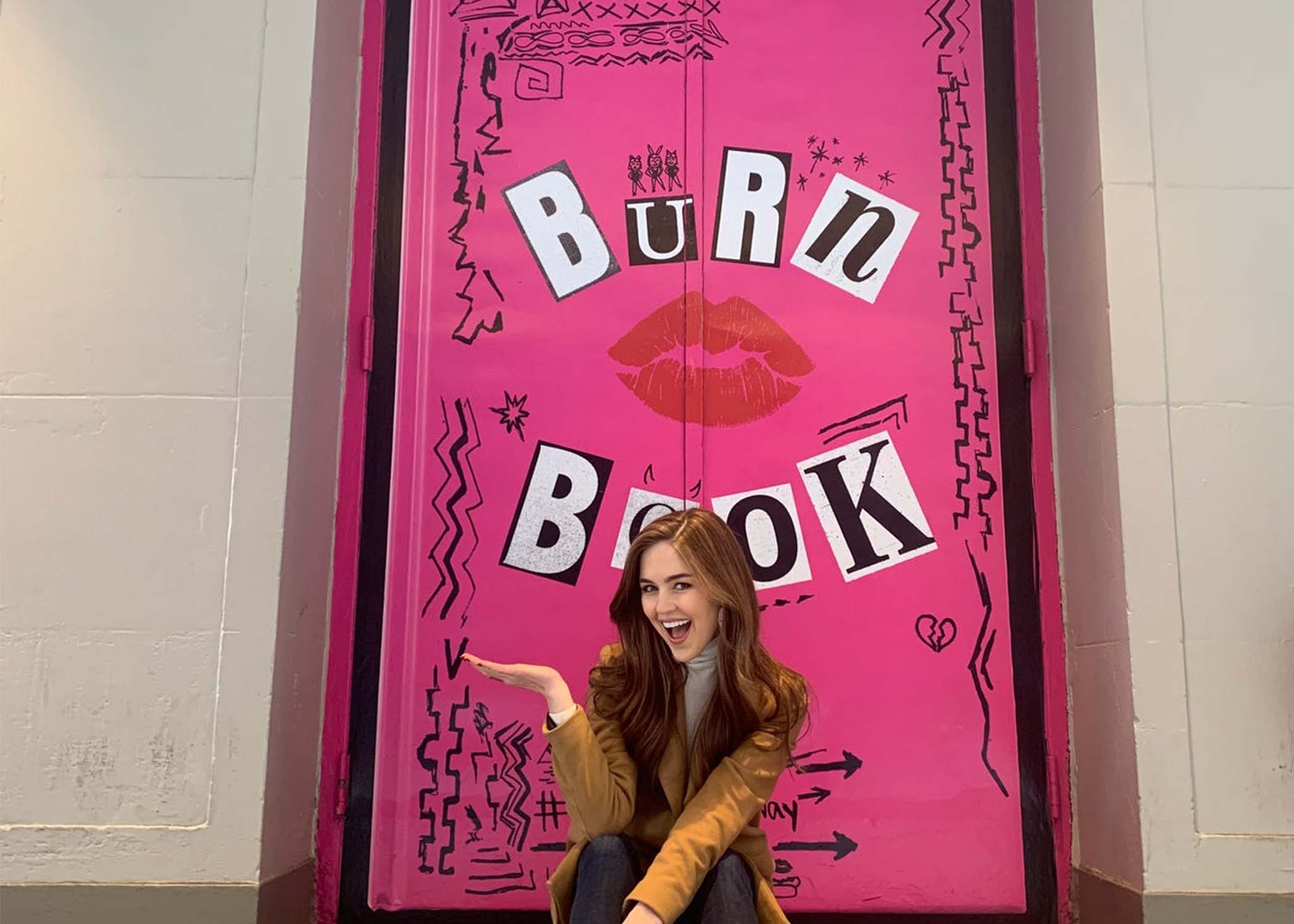 Turner moved out of her “Mean Girls” dressing room in January after the show announced it would not return to Broadway. “It was really hard to come in and say goodbye to these costumes and to our space,” she said. (Courtesy : Laura Leigh Turner)

As Turner pursues the next phase of her acting career, she plans to take parts of her “Mean Girls” character’s “child-like innocence” with her.

“There’s something special about just loving people and being kind and just innocently approaching relationships,” she said about the role of Karen.

As he and the rest of the cast of “Hadestown” await word of the play’s future, Krause uses this down time to work with the next generation of performers by teaching guitar lessons virtually and working on his music as a singer/songwriter.

“It’s actually been the most personally creative time for me,” Krause said.

Krause’s latest single, “Bit of Your Time,”is available on Spotify and other streaming platforms.

Krause said he isn’t getting his hopes up for a return any time soon but misses his Broadway friends and the community it provides.

“It goes so far beyond just a theatrical experience and being a business,” Krause said. “It really is a family and New York won’t be the same until it’s back.”