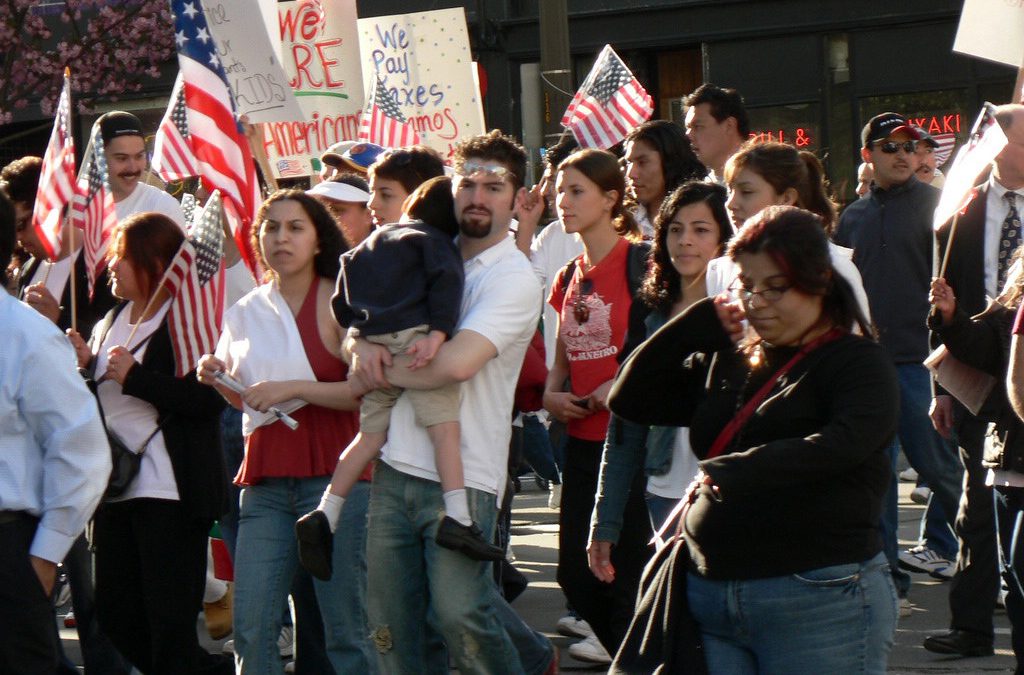 WASHINGTON–Immigrant rights organizations and Frederick community members hope that the recent settlement of a Frederick racial profiling case is a symbol of change, but say that it’s not enough because the sheriff’s department has not withdrawn from participation in 287(g).

Frederick is one of only three Maryland counties that still participate in 287(g). Under 287(g) in Maryland, deputized officers can question people they have arrested and brought to the county detention center about their immigration status and begin the deportation process.

Frederick County reached a $125,000 settlement in January with Sara Medrano, an undocumented Latina Frederick County resident who was pulled over while driving by a Frederick County Sheriff’s deputy who said she had a burned out taillight. Medrano was asked where she was from and her immigration status before she was detained. The American Civil Liberties Union of Maryland and Nixon Peabody LLP filed the suit.

In his written apology, Sheriff Chuck Jenkins said, in part, “…I recognize that the actions of the involved deputies resulted in [Sara Medrano] being improperly detained for…an unreasonable amount of time” and that “all Frederick County deputies have been properly trained and will continue to be trained in the future so that neither yourself nor others will suffer similar actions and circumstances.”

However, Cathryn Paul, research and policy analyst with CASA, an immigrant and Latino advocacy group, said that “it’s safe to say that community members still do not trust” local law enforcement.

“The apology doesn’t mean anything unless we actually see policy change,” she said.

More than a lack of trust, 287(g) makes undocumented people feel that they are not recognized as full members of their communities, they say.

“We have seen that there is a practice of discrimination in Frederick against immigrants. The only relief that we have right now is to inform ourselves of our rights, but if this program [287(g)] didn’t exist, we would all feel safer,” Flor Garay, lawyer and founding member of the RISE Coalition of Western Maryland, said. “The community would feel safe enough to report crimes and to walk in the community without worrying that they may be subject to racial profiling.”

A presentation from the Sheriff’s 287(g) steering committee indicates that “100% of all offenders/defendants brought to the Detention Center are screened, there is absolutely no profiling or selective screening based on race, ethnicity, or country.”

Undocumented community members say that because of 287(g), they do not feel safe to report crimes committed against them for fear that they may be deported.

“When someone is robbed or raped or is the victim of a crime, they cannot report it to the police out of fear,” said Maria Dolores Rodríguez, a Frederick resident for over a decade and a member of the RISE Coalition of Western Maryland. “Community members don’t trust those in power in Frederick because they know that they could ask whether or not someone is undocumented. It shouldn’t be like this. We should have trust in the authorities and report bad things when they happen in our community, but because of 287(g) we keep quiet.”

Rodríguez, who spoke in Spanish, has two children who are U.S. citizens, but she worries that they could grow up without her if she is deported. Fear, especially for undocumented community members, “means that families cannot have a normal life,” she said.

The Sheriff’s 287(g) steering committee indicates that “no immigration enforcement functions are conducted on the streets, in the community or places of employment,” but immigrant rights organizations say that Latinos, whether or not they are in the country illegally, have been accosted in courthouses, schools and during their daily commutes.

Policies like 287(g) actually make ensuring public safety more difficult, Nick Taichi Steiner, a staff attorney with the ACLU of Maryland and one of the attorneys who represented Medrano, said in an op-ed in The Washington Post.

“Immigrants, their family members and their friends are all less likely to come forward as witnesses, provide crime tips or seek police protection for fear of putting themselves or their loved ones at risk,” Steiner wrote in his op-ed.

Despite the continued participation of Frederick County in 287(g), Latino community members and immigrant advocacy organizations say that the settlement is a step in the right direction.

“The lawsuit is undoubtedly a great win. I think that it puts on the record what we already know,” Paul said.

For Rodríguez, the settlement is about being believed.

“For the Hispanic undocumented community, I want to say that this has been a big win for us because it shows that we aren’t making this up, this is really happening,” Rodríguez said. “More than a fight, it’s something that has already been demonstrated, and we came out on top.”

Moving forward, Rodríguez said that she hopes that the community will see the ways that immigrants contribute to Frederick.

“Ms. Medrano is not a criminal, and neither is Roxana [a woman who was detained in 2008 while eating her lunch]. I know them,” Rodríguez said. “I want the Frederick community to know that not all Hispanic immigrants who are undocumented are criminals….We as a community of Hispanic immigrants contribute a lot to the community.”