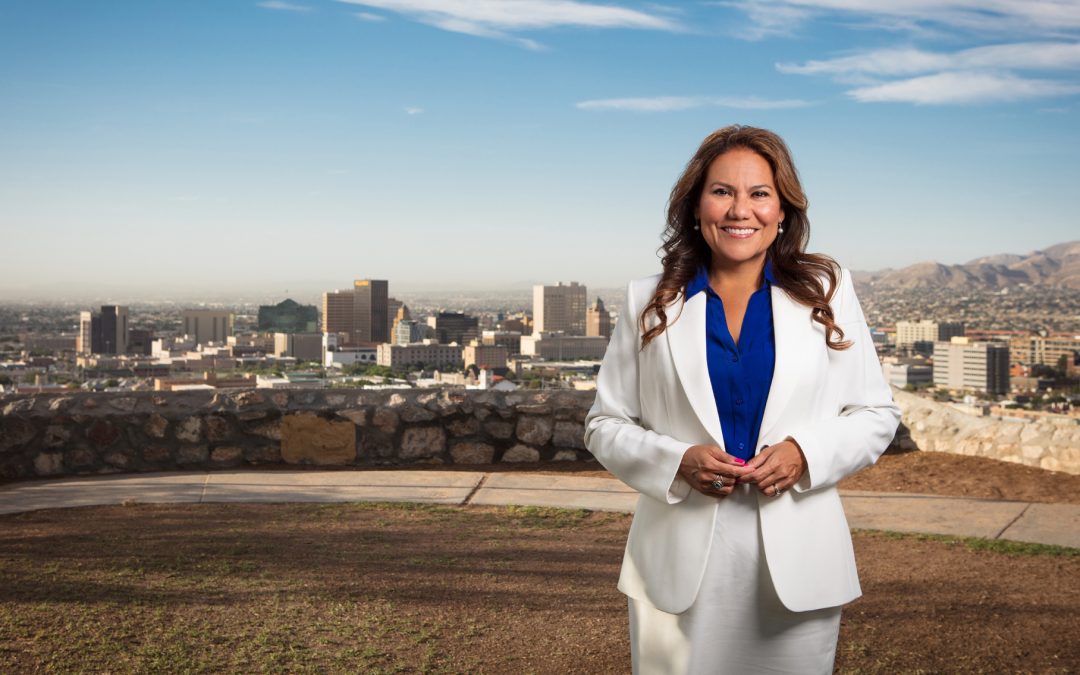 WASHINGTON – Advocates believe new federal legislation introduced by El Paso Rep. Veronica Escobar aiming to set humane standards for future immigration policies could pave a path forward for the city to benefit from immigration rather than get overwhelmed, while critics fear it’s a “Band-aid” on a “growing border crisis.”

Escobar was one of the first among a group of 41 Democrats in the House to co-sponsor the Jan. 28 resolution that urges the Biden administration to transform the immigration system by creating a border policy that:

This comprehensive approach to migration could help El Paso prepare in response to federal government reports of migrant caravans moving north from Central America, according to advocates. The influx may be triggered by President Joe Biden’s executive orders on immigration and hardships in Central American countries hit hard by violence, natural disasters and coronavirus.

“We’re not sounding an alarm, but we’re letting the community know that potentially we can see this if there is a quick change in policies,” El Paso County Emergency Management Coordinator Jorge Rodriguez said.

Escobar said her resolution is a response to “a real erosion of our nation’s humanity over the last four years.”

“We have had to bear witness, especially here in El Paso, to crimes against humanity, and to dehumanization of very vulnerable migrants,” Escobar said. “The Roadmap to Freedom is a reminder that migrants deserve humanity, they deserve dignity, and that we should address all of these issues in a way that is worthy of our American values.”

More than 75 immigration advocacy groups that had been fighting for immigration reform during the Trump years, including two El Paso based organizations, have endorsed the resolution. The measure awaits a vote in the House. It would provide the White House with a document laying out what Congress hopes from any immigration reform legislation. It is advisory rather than mandatory.

Dylan Corbett, founding director of the Hope Border Institute, said the border community needs such a congressional resolution because it offers a positive narrative to offset that of the Trump administration’s rhetoric, which he alleges led to violence such as the 2019 Walmart shooting in which 23 people were killed.

“Here on the border, we know that migration isn’t something that should scare us,” he said. “This is a community that has for decades welcomed migrants with dignity and compassion and humanity and understood migration not as a threat but as a call to solidarity.”

Fernando Garcia, executive director of the Border Network for Human Rights, said that the resolution’s approach to border security not only protects the human rights of migrants, but holds border agencies accountable for inhumane practices.

Recently, Immigration and Customs Enforcement has been accused of the sterilization of migrant women without their consent by a whistleblower in Irwin County, Georgia, providing inadequate medical care in a report released by New York Lawyers for the Public Interest and sexual assault by El Paso detention center guards according to a complaint filed by a Texas advocacy group.

At the time of publication, ICE had not responded to request for comment on the allegations.

“We never had better conditions to really recognize that we need to fix our broken immigration system,” Garcia said.

But Federation for American Immigration Reform official Preston Huennekens said the resolution is a call to amnesty “for every illegal alien in the country without any kind of enforcement trade-offs” during a “growing border crisis.”

Huennekens, whose group opposes most immigration, added that additional enforcement mechanisms, such as mandatory screenings to verify the eligibility of noncitizens for employment, are required to stop future migrant surges.

“Passing this is putting kind of a Band-aid on the problem,” he said.

While mistreatment allegations should be investigated, Huennekens said, community-based alternatives to detention aren’t the solution. Instead, additional funding for resources and oversight would help.

On the other side, El Paso County Commissioner Iliana Holguin, an immigration lawyer, believes the resolution suggests solutions that would make the immigration system work better. The city last saw a surge of migration in late 2018 through early 2019, Holguin said, when migrants fled unprecedented levels of violence in Central America. At that time, Holguin said, the city received no guidance or assistance from the federal government.

“[County officials] were forced to find a way to help these mostly women and children that were coming to our borders seeking assistance,” she said. “We just had the entire community come together to deal with that crisis.”

Dee Margo, mayor of El Paso from 2017 to 2021, said the city was ill-equipped to handle the humanitarian crisis when the overwhelmed federal agencies were releasing as many as 700 migrants daily into the community. Customs and Border Protection called him in October 2018 saying that it could not process all the migrants and started releasing with only a day’s notice to local officials. Two months later, Margo said, CBP again released a large number of migrants without notice.

While Margo agrees with many aspects of the resolution, such as keeping families together and granting access to legal representation and public services, he disagrees with other proposals, including allowing migrants a path to citizenship. He said that, because migrants arrive for better opportunities and not to engage in the political process, they should be given green cards rather than permanent citizenship.

“Politically, it’s going to have to be refined significantly to get both sides involved, and it has to be bipartisan,” Margo said.

Disinvesting in Militarization and Criminalization

The resolution calls for investing the money saved from ending mass detention into initiatives that would preserve migrant rights and integrate them into the community, such as modernizing ports of entry, economic development, education and social services.

“They have been arriving, and they will continue to arrive. The key is how we address the situation. Utilizing cruelty is not an answer. Eroding the asylum system is not the answer,” Escobar said.

The savings also could be spent to reduce the immigration backlog by processing migrants faster, the resolution states. As of Jan. 19, immigration courts for El Paso had a backlog of 17,060 cases, with an average 715-day waiting period. Garcia said the process could be improved by increasing staffing and funding at ports of entry, as well as hiring more asylum officers and judges.

Corbett said the programs would ensure “that we provide adequate means of integrating immigrants into our economy, into our communities in ways that are safe, and ways that mean they don’t have to live in the shadows.”

A Path Forward for Migrants

“We are prepared for it,” El Paso Mayor Oscar Leeser said about a possible migrant surge at a Feb. 8 news conference. “It’s going to be totally different from what we saw a year and a half ago.”

Margo, however, does not think the city will be better prepared, especially as it continues to cope with COVID-19. He said that the city doesn’t have the hospital capacity to treat incoming migrants who’ve contracted the virus, and that the CBP is not equipped for medical evaluations.

After the migrants come to El Paso, Garcia said, his hope is to legalize their presence.

Establishing a roadmap to citizenship for 11 million immigrants, which was included in an immigration bill Biden proposed and is also included in Escobar’s resolution, would benefit the 6.6% of El Paso residents who are undocumented. According to a recent poll conducted by Vox and Data for Progress, the majority of likely voters nationally support offering a path to citizenship for undocumented immigrants.

Given the slew of immigration orders Biden signed in his first weeks, El Paso leaders are hopeful that immigration legislation based on the resolution is possible.

“My hope is that, as we draft legislation going forward, that we use it as a guide,” Escobar said. Although a date has not been confirmed for House consideration of her resolution, Escobar said she and the co-sponsors are optimistic that it will gain approval.

Legislation proposed by the resolution could either be passed through an omnibus bill, which would include all aspects of the resolution but would be more difficult to enact, or through multiple legislative actions.