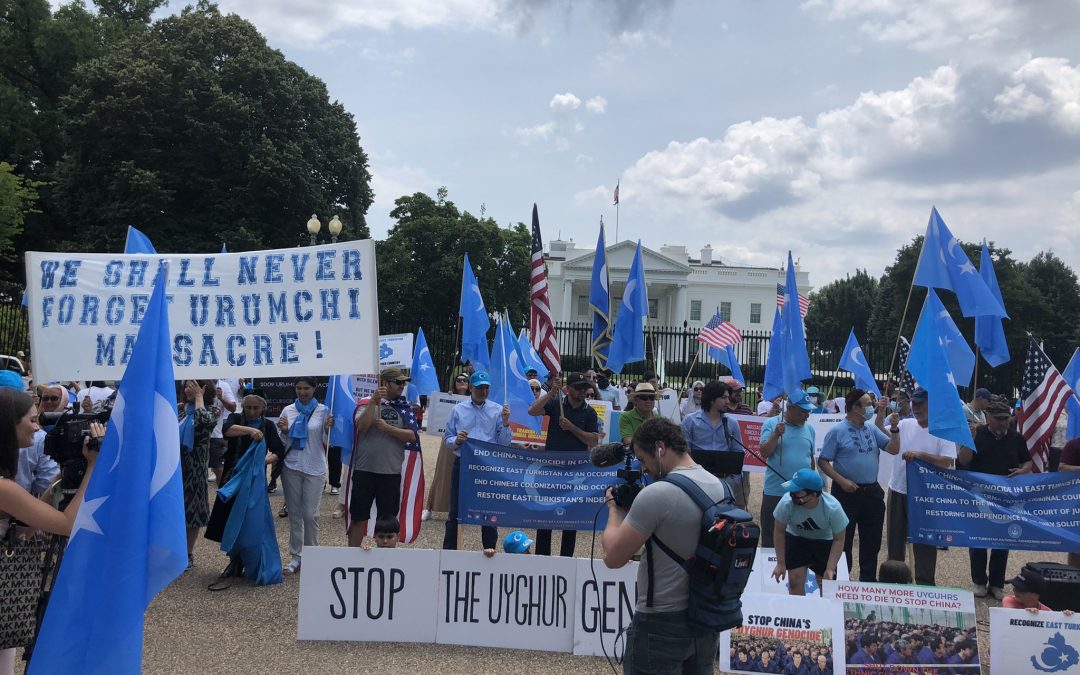 Uyghur community members gathered in front of the White House on Monday for a commemorative march. (Mark Dovich/MNS)

WASHINGTON — Members of the Uyghur community gathered on Monday in front of the White House for a commemorative march to the State Department headquarters. The demonstration was organized by the East Turkistan National Awakening Movement, a Washington-based non-profit that calls for independence for the Chinese province of Xinjiang, also known as East Turkestan. The Uyghur people, a Turkic ethnic group, are native to the region.

Monday marked the 12-year anniversary of ethnic riots that took place in Urumqi, the capital of Xinjiang, between Uyghurs and Han Chinese, who form the majority ethnic group in China. The riots left hundreds dead and led to thousands of arrests and disappearances.

In the years since, the Chinese government has set up an elaborate network of surveillance and internment camps for Uyghurs and other Turkic ethnic groups in Xinjiang, including Kazakhs and Kyrgyz. The Chinese government says the camps are vocational and training centers meant to combat extremism and terrorism and promote social integration in Xinjiang. However, Secretary of State Antony Blinken said in March that China’s treatment of the Uyghurs and other ethnic minority groups in Xinjiang constitutes genocide.

Speaking at the event, Salih Hudayar, Prime Minister of the self-proclaimed East Turkistan Government-in-Exile, called on the U.S. government “to lead the international community to uphold their obligation under the UN Genocide Convention.”

Members of the Uyghur community gather in front of the White House with light blue East Turkestan flags. (Mark Dovich/MNS)