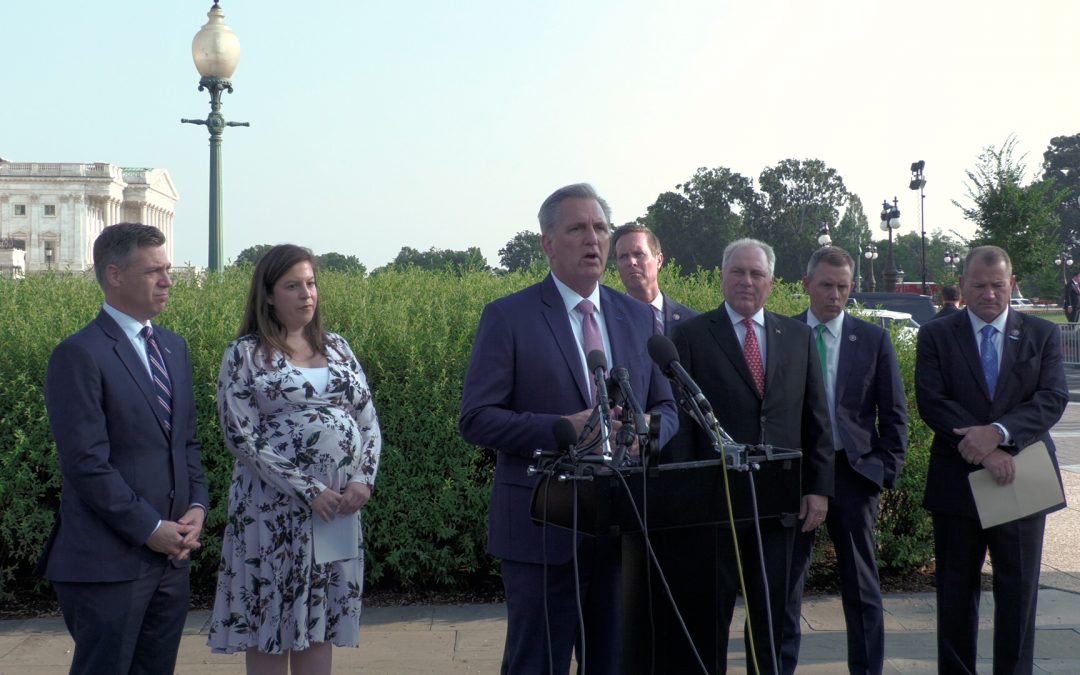 GOP members speak out to criticize the Democrats' choices on members to serve on the committee, July 27 in Washington, D.C. (HAZEL TANG/MNS)

WASHINGTON–Republican members held a press conference the morning of July 27 before the first day of committee hearings on investigating the Jan. 6 attack on the Capitol. House Minority Leader, Rep. Kevin McCarthy, R-Calif., criticized Democrats’ choices on Republicans to serve on the select committee.

“We now have a committee that all the Americans want to know the answers to. Why were we ill-prepared for that day? And how should we make sure that it will never happen again?” said McCarthy. “Unfortunately, Speaker Nancy Pelosi will only pick wrong people to the committee that ask questions she only wants to ask.”

Representative Kelly Armstrong, R-N.D., had been selected by McCarthy but is no longer on the committee. He echoed leader McCarthy’s sentiments, saying he wants a more balanced investigation.

“You simply cannot do that with a partisan hearing by silencing voices from millions of American voters. And that’s exactly what happened. That’s why we are so angry, frustrated and upset right now,” said Armstrong.

McCarthy pulled all five of his appointees from the committee last week after Speaker Pelosi rejected two of his picks, Rep. Jim Banks, R-Ind. and Rep. Jim Jordon, R-Ohio. Speaker Pelosi said that “with respect for the integrity of the investigation,” she had to reject the recommendations from McCarthy.

In today’s hearing, four frontline police officers who defended the Capitol on Jan. 6 attack delivered emotional testimony in front of the select committee on how the events that day unfolded.