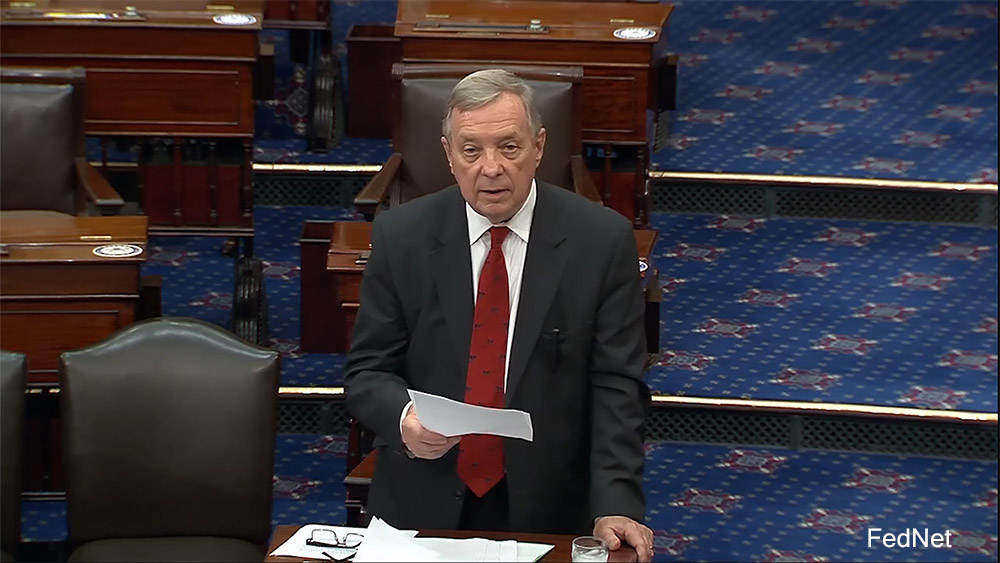 WASHINGTON – Sen. Dick Durbin, D-Il., and a bipartisan group of colleagues from the Senate and House of Representatives introduced legislation to give survivors of sexual assault and harassment more legal rights. This act aims to prevent perpetrators from forcing sexual harassment survivors into arbitration. The legislation would also invalidate forced arbitration clauses that prevent survivors from seeking justice.

“It is time to end this practice that prevents survivors of sexual assault and harassment from seeking justice. I’m proud to join these bipartisan lawmakers to introduce this important legislation that will empower survivors and hold perpetrators accountable for their actions,” said Durbin.

Forced arbitration results from clauses in employees’ or consumers’ contracts that force them to waive their rights to sue, participate in class action, or appeal in such matters as financial claims or incidents of sexual harassment.

More than 60 million American workers are estimated to have lost their right to sue because of forced arbitration, according to The Economic Policy Institute.