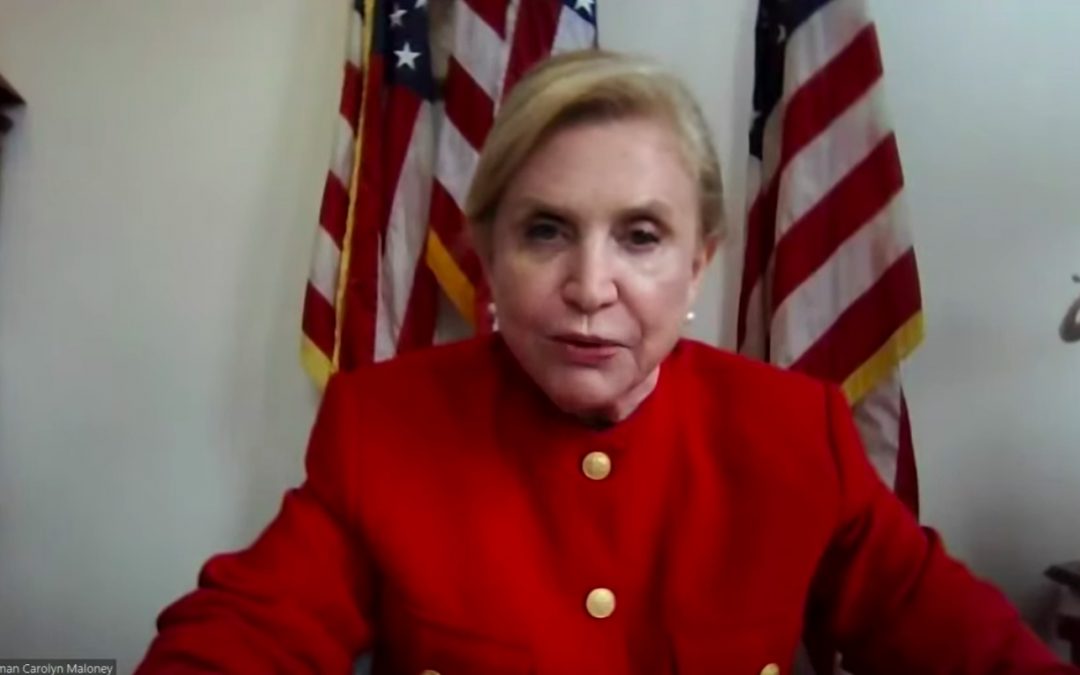 “We need to plan for the next Ida,” Maloney told reporters Tuesday afternoon. “Our sewage system [in New York City] is woefully inadequate. It’s really a disaster. The amount it would take to repair it is astronomical, but we have to start somewhere.”

The bill, which Maloney previously introduced in the final months of the 116th Congress, failed at the end of 2020 after the House ran out of time to vote on the legislation. Community leaders in her district encouraged Maloney to reintroduce the legislation after Hurricane Ida revealed fatal flaws in her city’s flood map.

The congresswoman’s legislation builds upon Biden’s $3.5 trillion “Build Back Better Act,” an ambitious compilation of the president’s first-term priorities, which includes funding for an array of federal programs and climate change preparedness initiatives.

“These transformational bills will make essential investments to solve the climate crisis, while also upgrading our infrastructure so that we can better prepare for future disasters,” Maloney said of her bill and Biden’s. “In the long run these investments will save money by reducing the extraordinary cost from natural disasters and extreme weather caused by climate change.”

Due to unified opposition from Senate Republicans, Democrats are attempting to enact the “Build Back Better Act” through a budgetary process called reconciliation, which would require the support of every Senate Democrat. Two moderates, Joe Manchin, D-W.Va, and Kyrsten Sinema, D-Ariz., have said they will oppose the bill unless the price drops significantly.

The hurricane tore through Louisiana in late August, wiping out the New Orleans electrical grid and leaving nearly half of the state without power. The Category 4 storm resulted in 90 deaths across the eastern United States and flooded several major cities.

Rep. Clay Higgins, R-La., said while Louisiana appreciates the $1.6 billion that FEMA and other agencies have provided to help with disaster relief, he finds that amount “insufficient” for the long-term recovery of the region.

“Even with the passage of last week’s continuing resolution, these funds fall short of the necessary federal response,” Higgins said.

Criswell emphasized that mitigating climate-related destruction is especially important for underserved communities that are most vulnerable to the impacts of climate change. She agreed with Maloney that federal agencies must plan ahead and work with community organizations before the next storm strikes.

“I think it’s critical that we continue to plan for what the future disasters might be, instead of always focusing our efforts on our historical events,” Criswell said. “We need to continue to educate communities about the importance of reducing the impacts, putting in community wide mitigation projects in order to protect their citizens.”