Justices Zero in on Gitmo Detainment in Torture Case 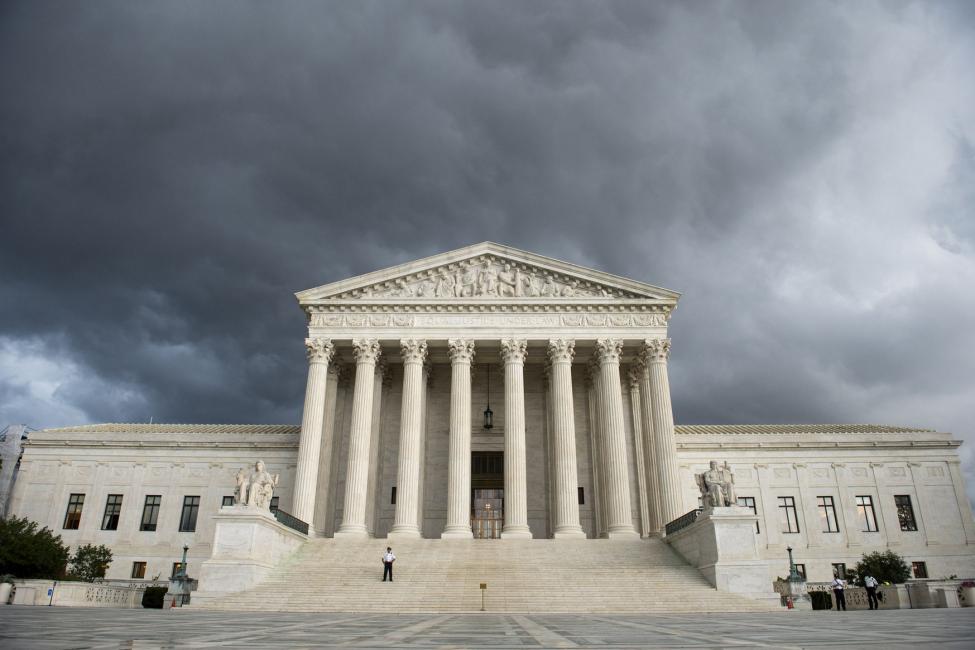 WASHINGTON — As the government fought to shield testimony on the CIA’s use of torture at CIA black sites, it was the rationale for continuing to hold military detainees at Guantanamo Bay that seemed to preoccupy a number of justices during Wednesday’s oral arguments.

“I don’t understand why he’s still there after 14 years,” said Justice Stephen Breyer.

The “he” referenced is Zayn al-Abidin Muhammad Husayn, who is often referred to by his nom de guerre, Abu Zubaydah. The United States captured Zubaydah in 2002, holding him in secret CIA facilities in Thailand and Poland, where he was subjected to enhanced interrogation tactics, including months of near-constant waterboarding and stress positions, designed for the CIA by disgraced psychologists James Mitchell and Bruce Jessen.

At the time of his capture but despite his protestations otherwise, U.S. officials believed Zubaydah to be a top al-Qaeda leader and a close associate of Osama bin Laden. After being held and tortured for several years at the agency’s black sites, officials transferred Zubaydah to Guantanamo Bay.

The agency ultimately concluded that he was “not a member of al-Qaeda,” as the landmark Senate torture report confirmed. Despite this, Zubaydah remains at Guantanamo Bay where he has never been charged.

In 2010, Zubaydah filed a criminal complaint in Poland, seeking more information about Polish officials who might have been complicit in his detention. Separately, the Polish government requested relevant information from the United States, which U.S. officials repeatedly rejected, and Poland closed the investigation.

Zubaydah successfully appealed to the European Court on Human Rights. The 2014 ruling prompted Poland to reopen the torture investigation. As a result, Poland has continued to examine the involvement of Polish nationals in the CIA’s torture operation.

Polish prosecutors in the country want to question the two psychiatrists responsible for the torture program about Zubaydah’s detention and torture. To assist the prosecutors, Zubaydah and his attorneys sought to subpoena the psychiatrists. But for years, U.S. officials in Republican and Democratic administrations have maintained that the testimony of the two men who worked as private government contractors would violate what’s known as the state secrets privilege, which permits the government to block the release of information deemed detrimental to national security.

While many details about Zubaydah’s torture have been made public, Acting Solicitor General Brian Fletcher argued that allowing the contractors’ to testify would breach the trust the United States has with its foreign partners.

“At a certain point, it becomes a little bit farcical this idea of the assertion of privilege, doesn’t it?” asked Justice Elena Kagan. “If everybody knows what you’re asserting privilege on…it’s not a state secrets privilege anymore.”

A district judge originally granted the government’s motion to quash the subpoenas and dismissed the case in 2018. A year later, the U.S. Court of Appeals for the 9th Circuit said that the lower court judge hadn’t done enough to disentangle the restricted information from what could be revealed to the Polish investigators.

Attorney David Klein, who argued on behalf of Zubaydah, told the justices that the government’s efforts to keep the information secret is not a “secret” but rather a “governmental wish” and “policy.” But Justices Amy Coney Barrett and Clarence Thomas questioned why testimony from the CIA contractors was needed when Zubaydah’s attorneys had conceded much of the information about his detention had already been disclosed.

The contractors’ testimony, Klein responded, would answer the question of what happened to Zubaydah and help better understand how he was tortured.

Seemingly to the surprise of Klein and Fletcher, Breyer asked why Zubaydah was still being held at Guantanamo.

“That’s a question to put toward the government,” Klein answered. “We don’t know…there has been a habeas proceeding pending in D.C. for the last 14 years.”

The liberal justice also questioned the legality of the detention given the United States’ recent withdrawal from Afghanistan. Previously, the court allowed the government to keep detainees at Guantanamo due to ongoing combat missions against the Taliban.

In closing remarks, Fletcher said that the United States continues to be engaged in hostilities with al-Qaeda and therefore the detention remains proper.

Toward the end of the arguments, Justices Neil Gorsuch and Sonia Sotomayor further questioned whether Zubaydah could provide direct testimony to the Polish prosecutors.

“Why not make the witness available?” questioned Gorsuch; adding: “What is the government’s objection to the witness testifying to his own treatment and not requiring any admission from the government of any kind?”

The state secrets case, Gorsuch said, “has been litigated for years and all the way up to the United States Supreme Court and you haven’t considered whether that’s an off-ramp that the government could provide that would obviate the need for any of this?

Fletcher responded by saying that Zubaydah was free to communicate from Guantanamo subject to security screening. His response to the court contrasted with a previous government position that held Zubaydah in “incommunicado.

However, if Zubaydah was to communicate from Guantanamo, Fletcher added, all classified information would be eliminated from the communications.
“We want a clear answer, are you going to permit him to testify as to what happened to him?” Sotomayor asked. “Yes or no.”

Fletcher said he was not prepared to make representations for the United States, especially on matters of national security, but that the government would be happy to respond.